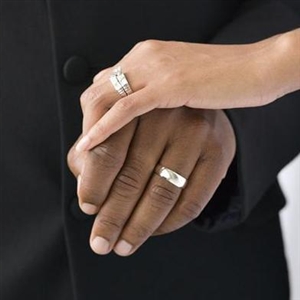 We’ve all been there.

We’re driving down the highway, kids are settled, the music is tuned to just the right volume. We’re in our zone going to our next destination when out of nowhere someone zips in front of you, you slam on the brakes and everything you had in the front seat goes flying!

I don’t know about you, but road rage is real. I’ve wanted to keep a stash of eggs in the car just to throw them at the windshield of bad drivers! Or hold up a sign from the sun-roof that reads:  LEAVE EARLIER!

Attitude. Yes, and most of us can relate.

When I was getting my driver’s license at 16, I really enjoyed driving. And at the tender age of 16, there were many roles in life that I had yet to discover. I have the enjoyed many of the various roles I’ve had throughout my lifetime, but the role I believe I’ve shown the least gratitude for at times has been my role as a wife.

For the most part, we usually identify “wifehood” as: a suitable helper to our husbands. We make sure his clothes are clean, dinner is prepared, or we cheer on our husbands as they play flag football.

I admit, I never really thought about submission until I started to hear the word during our engagement. Once we were married, not only did I hear the word, I began to really dislike it.

I felt like being “submissive” meant: always being agreeable, letting my husband make all of the decisions, having no say. Though my husband never said, “Submit To Me Woman!” – the word implied these actions to me.

“Wives, submit to your husbands as to the Lord.” Ephesians 5:22

Wait. You gotta be kidding me. Submit……..as to the who? The Lord?…..God?! Really?! This has got to be wrong. Who wrote this bible? My husband is not perfect. And I’m commanded to do this? Why me? Why not him?

My feelings about submission began to remind me of those cars zipping in my lane on the highway. Road rage. I felt like hoarding that carton of eggs right under my bedroom pillow to throw at my husband’s head just because he had a better role than me! Again, I’m sure most of us can relate.

So, I tried to skim over the ‘submit’ scriptures, ignore them, and even interpret them differently than what they say.

Stop the presses. I love God, and I want to follow Him, so I had to understand why God called me to be submissive to another human being as to Him. After much prayer, this familiar scripture I read one day made it all click:

“Your attitude should be the same as that of Christ Jesus: Who, being in very nature God, did not consider equality with God something to be grasped, but made himself nothing, taking the very nature of a servant, being made in human likeness. And being found in appearance as a man, he humbled himself and became obedient to death— even death on a cross!” Philippians 2: 5-8

In viewing these passages, my heart was cut. I had to make the turn from an attitude of resentment to an attitude of gratitude.  Why wouldn’t I be grateful that the Lord has called me, a wife, to live out the unique role that he so beautifully lived out under the Father nearly 2,000 years ago?

This awe-inspiring role demonstrates how God desires everyone live before Him. Of all the people on earth, we, as wives, have been entrusted to model this for the whole world to see!

I stood in astonishment. Here I was thinking I got the short end of the stick, and He saved His best, His own role before the Father, for me.

Jesus gave up his place and position in heaven, came to earth, and lived the role we as wives are commanded to live with our husbands. Wow.

He goes on to share that in looking at Him, and how his heart yielded his own way, we can see the One who sent him – God. Knowing this, we all have to go From Attitude to Gratitude! And what better way than in the beautiful role we currently have: as a wife.