I have been in need of new eye-glasses for quite a while. I finally made the appointment.

Then came the daunting task of choosing new frames. Why was it so stressful for me? It seems like a simple choice for so many.

First, it is a big financial investment, so I better LOVE them.

Secondly, decisions like this always bring an inner fight to go with the super conservative or take a risk and get something different.

Do I choose the plain wire ones or the “radical” ones that seem sturdier? (Sturdiness is a concern factor when dealing with rowdy boys and a rambunctious little girl.) After much debating, I decided on the ones that weren’t so conservative.

I woke up in the middle of the night worried that I had made the wrong choice.

The panic attack had begun.

I lay there, my heart starting to race.

That voice telling me, “You should have gotten the plain ones. Do you want people to see you or your glasses when they look at you? People will only notice the flashy new frames and not you… well, you don’t matter anyway.”

I’ve grown weary of second guessing myself and of hearing that voice speaking to me in such a negative condemning tone.

RETHINK- verb: think again about (something such as a policy or course of action),

esp. in order to make changes to it

A wise Christian counselor once spoke with me of why I think the way I do and how to go about changing it. Making a lasting change actually has to do with changing how you think. There is a need to train your self to think differently. You actually have to make new paths for the neurons in your brain to follow instead of following the old paths.

“…be ye transformed by the renewing of your mind,

that ye may prove what is that good,

and acceptable, and perfect, will of God.”

What made me think that way?

Is there Truth in it?

Will it be against God’s will for me to get different frames?

Will it really affect anything?

More importantly: whose voice is telling me that plain is better and more ‘godly and feminine’?

I found the voice was from years ago. Telling me that to be godly I had to fit into a particular cookie cutter.

As I thought about that, the quiet voice of the Holy Spirit asked…

Was it an opinion or was there a scriptural basis for it?

Is God going to love me less because I chose eye-glass frames that weren’t so plain?

Will I no longer be pleasing to the Lord because of my choice of frames?

Aren’t the non-conservative ones actually more feminine, being pink metallic and having pearl inlay on the sides?

The enemy fights to draw me into living my life under the thumb of condemnation.

I find myself very thankful that God’s grace doesn’t allow for it.

“There is therefore now no condemnation to them which are in Christ Jesus,

I choose to live in His grace.

I choose to enjoy my new frames.

Is the enemy trying to steal your joy today by keeping you under his thumb of condemnation?

Is there somewhere in your life where you need to choose to live in His grace?

By Sharon of Hiking Toward Home 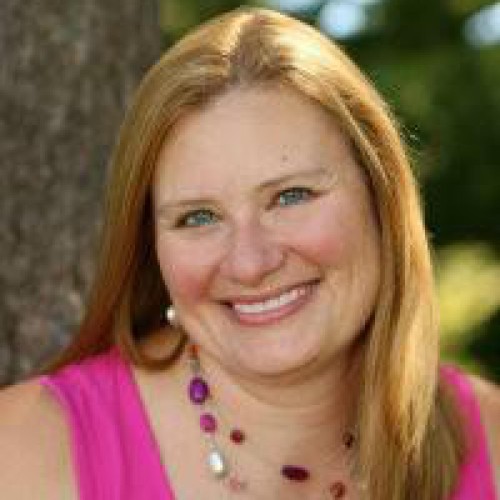 Sharon, just a lass hiking with Jesus, writes about her trek and photographs her view at Hiking Toward Home. She is thankful for God's amazing grace as she hikes along the narrow trail following the blazes in His Word while headed toward her home in Heaven. She is grateful for...