She stands in the ocean waiting for the waves to come. She sees them coming toward her, flipping over as they make their way to the beach. Almost human how much life they have. She waits. Watches. White caps coming. No matter how long she waits for waves and how many times she keeps her head above them, one comes that covers her. Engulfs. Scares. It is stronger than her and deeper than her and its presence is overwhelming. Then her feet begin to find sand and her head feels air above waves, and she knows that this thing that overwhelms is the most magnificent, beautiful, satisfying thing she’s encountered.

That is what it was like when she first leaned into Truth. When she first found her Name-Giver. When she first began to believe. And change came. Because that’s what Water does. Waves change everything they touch. Sand castles topple. Seashells are found then stolen again as the tide rolls. And not just waves. All water. Rain drops move mounds of dirt, scatter pebbles, shake leaves. These waves and these rain drops remind the woman of how small she really is and keeps her amateur ideas of control in check.

But the waves don’t just overwhelm and topple. They set the shore, give life to sea creatures, bring boats home. And the raindrops don’t just scatter and shake. They help lilies bloom, create puddles for jumpers, give life to crops.

The Water-Giver does no less. To believe in Christ is to change. To truly commune with Him is to know that we cannot hold onto selfish pride because it will be toppled when we let Him cover us. We must relinquish control, judgments, pain, life.

All must be, in some way, let go. This is the way of the Water. He moves, scatters, shakes. We will stand and be engulfed by Glory. We will feel the breaking apart of everything that is us. Hearts will tremble in awe of I AM. And every day the Water will overwhelm. And every day, the tide will roll out and our eyes will see the life He has given, the life that comes after the Covering. We will see gratitude where selfishness was chipped away. We will see beauty where sin was washed over. We will see courage in the corners where we wanted to hide. Our deep inner thirst will be quenched.

I know this because I was, and still am, the woman standing on the shore, waiting for the one wave that would actually prove itself worthy of my fear, my awe. Worthy of letting it take over in the best way possible. I was the woman twirling in the rain asking to be washed, asking to feel alive. I was the woman at the well asking for life-giving water. And Christ did not only promise to take over, wash, and give life. He promised to give Himself to me. He tells me, lest I forget,

“…the water I give them will become in them a spring of water welling up to eternal life” (John 4:14).

The waves and the rain did not only cover, they came in. I opened and the water entered. It soaked the heart that needed it. When I began to believe, He came to dwell in me and the Truth welled up within me to give life and to tell me my name. That’s what it was like when I first began to believe. That’s what it is every day when I let Him have His way. That is the Way of the Water.

By Adrienne, who knows Grace Has A Way 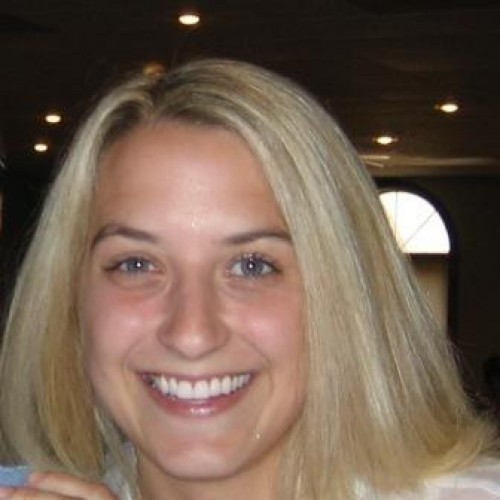 Adrienne is a wife, mom, reader, writer, small group leader, teacher, and a behavior analyst who is trying to let Grace have His way in her life.