I didn’t cook a lot as a teenager. It wasn’t for lack of trying on my mother’s part. I simply wasn’t that interested in cooking (however, my interests did include: writing bad poetry, reading classic literature, eating sour candy, listening to 90s hip hop, and making out with boys). When I moved away from home at eighteen, I subsisted on the university cafeteria’s vast cereal bar and whatever could be heated up in my hot pot. After three years of macaroni, ramen noodles and canned soup, like most students, I was nearly pickled with salt.

My then-fiancé/now-husband graduated when we were 21 and moved into an apartment with one of his best friends. So we cooked almost every night, playing house and feeling quite sophisticated and grown-up.

However, we quickly discovered everything we cooked was unbelievably garlicky. We finished our spaghetti and our mouths would be burning. After an attempt at my mother’s Caesar salad, I could smell garlic coming from my pores. Our breath stank so badly, it was the best deterrent for hanky-panky that any abstinence-only educator could have dreamed up. We could NOT figure out what the problem was. We were following the recipes exactly!

One day, after weeks – literally weeks – of the Great Garlic Stink of Y2K, we happened to catch a a cooking show on television.  Before our dumbfounded eyes, the chef picked up a clove of garlic (or what we thought was a clove….can you see where this is going?) and peeled off two or three of the little buds on it.

THAT is a clove?

We thought a clove of garlic was, you know, the WHOLE BULB of garlic.

So if a recipe called for four bulbs of garlic, we were putting in four entire cloves of garlic.

Think about that for a moment.

On the bright side, we were incredibly healthy for a few weeks there.

Nearly fourteen years later, we can’t use make Caesar salad without a smirk and a reminder to “only use a clove now, not the whole bulb.”

That’s the fun of cooking over the years, perhaps: the family stories for each recipe. We figure out which recipes we love, which ones aren’t fun to make, which ones were a disaster from start to finish. As the years pass, we know which recipes make for good leftovers, which ones the tinies will actually eat, which ones work for quick family meals on a weeknight.

As we grow into our communities, we swap our recipes and the stories that accompany them.

My own recipe box is filled with scribbled cards from my grandmothers and aunties, my mother and my mother-in-law, my friends and my neighbours. I think that’s part of why I loved Bread and Wine by Shauna Niequist. She honoured the stories of our everyday meals – the community where they were born, the family where they showed up on week night tables, the times when the food nourished and satisfied, and invites us to remember our own stories.

I have a tiny wooden box filled with recipes, yes, but it’s also a tiny box of my stories and traditions, our family’s gatherings and laughter, our disasters and victories, our sorrows and our ministry to each other.  When I cook, I’m part of a lineage of good work and good memory. The recipes in my little box become more dear with each preparation. Part of how we love each other in a family is by gathering around the table and storytelling through our shared laughter and tears, disasters and victories about the food on our table. At the top of that list in our house: there is, in fact, a difference between a clove of garlic and a bulb of garlic.

Your turn: Tell us about a cooking disaster (because misery {in the kitchen} loves company!).

I’ve gone to bed every night with my Bread and Wine Audio Book reading itself to me over my iPhone.

So the words about community and life, the glorious relationship between breaking bread and pouring wine and thanksgiving have been my lullaby each night. I drift on my pillow, head sunk deep and restless to this notion of tasting life and the constant battle I have with food as idol and enemy.

And I think I want to make time in my life for setting the table. For making a place and carving out space to invite people in, but then do I really? Because I feel I am at capacity now.

And sometimes I think my tastebuds have failed me. That in the midst of the everyday I have failed to savor. That the rush and appetites of my life have more to do with frantic filling than with letting the aroma of the good things settle on my tongue and linger. That even my relationships skim at the surface of things as the opposition of the urgent makes me rush past blurred faces.

I bulge at the seams of this overstuffed pace. The frantic tyranny of what must be done. I have never found balance. I live a lopsided existence tilting full scale into whatever I’m passionate about at the moment. And maybe that’s okay. Maybe balance in some sense is a myth. Maybe multitasking is nothing more than spreading thin what could be plumbed deeper if only given more time to accomplish it.

I think of slowing and savoring. I think of the parking lots with fast food bags and binges and shame in the greasy fingered stains on my soul, empty containers of ice cream dripping down the sides onto my night table and the ache that never fills. I think of secrecy and shame every time I think of the glorious pleasure of food.

Because you see, I am a fat girl.

Oh, friends–you simply must continue reading Feasts and Fasting
by Alia Joy over at her site Narrow Paths to Higher Places.

(Coming up Monday:  another cooking video! What will we be cooking up next?  xo & happy weekend ~ Robin) 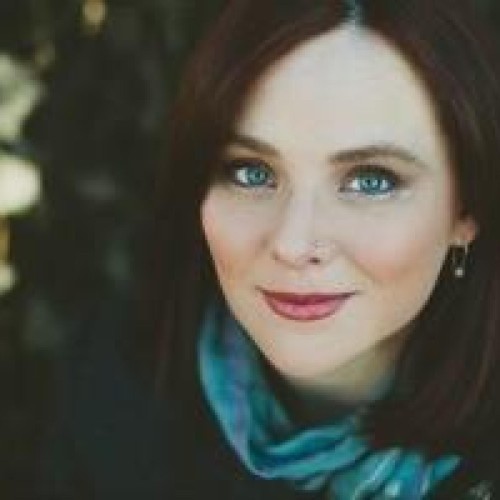 Sarah Bessey is the author of Jesus Feminist, a disarming and beautiful invitation to the Kingdom of God waiting on the other side of the Church’s gender debates. She is an award-winning blogger at www.sarahbessey.com, an editor at A Deeper Story, a contributor for SheLoves Magazine, and a passionate advocate...