It’s been cold and rainy for a week straight. My girls are using all their creative power to play yet another round of make believe. The box of dress-up clothes is overused and uninspiring by now, so their imaginations push them to seek new material. I notice my five-year-old trying to turn one of my old skirts into a tankini. An effort that’s doomed from the start, but her creative, constructive spirit won’t let her abandon the idea until it’s been tried.

When her attempts to zip and belt and fasten leave her naked in the middle of the living room, she breathes a frustrated roar at me. “Mommy, this isn’t working.” The skirt is too long. The skirt doesn’t cinch around her. The skirt does not stay put just so in a two-by-two section of her little frame!

This scenario feels so familiar, I can’t fight the urge to speak truth to her. Maybe this time it will sink in. “You know, my love,” I launch, so helpful in my insight, “many times you have an idea in your mind and you want things to work just how you imagine but a lot of times what you imagine just doesn’t exist. It’s just not how you think it should be.”

I hadn’t planned to say them. As soon as the words were out of my mouth they stunned me. The minute I stop talking the Spirit opens His mouth with a raised eyebrow to say, “See? Right? Isn’t that so? Get it? That’s you.”

I often shake my head in wonder and confusion that my oldest daughter doesn’t seem happier. I feel like she doesn’t smile enough. I feel like she’s dissatisfied too much. But haven’t I been thinking the same of myself these days?

I aim to hold up a mirror to help my daughter see – but it’s God who holds up a mirror to me. Right there it is, the cause of my discontent: choosing not to delight in what is because it doesn’t look just like that image I created. I made it up and thought it should exist and when it doesn’t I am let down.

How many times does the ideal actually take shape in someone’s life? She’s debt-free like I want to be, but by age 30 she’s lost her father and newborn daughter. Her husband’s job supports the family so she never has to go back to work, but her daughter has diabetes. She has the beautiful house I long for but no one to share it with.

And then there are our sisters the world over who have no home, lose sick babies, wear worn flip flops till there are holes in the soles – and then keep wearing them, sweep dirt floors, have no idea where their husbands are, and long for something to eat besides more beans and rice. God never lets me forget them in these moments of selfish disappointment.

Or…she has everything, but doesn’t know Jesus.

So then, what is there, really?

And there is enough good to go around. We just get a different good, you and me.

A different good. But still good.

Today I’m choosing to turn away discontent, to stop measuring everything with the invisible ruler of the ideal life I made up in my mind. I’m praying today through each temptingly disappointing moment to catch the glimpse of holy. Instead of searching for what I think should be, I’m opening up to what is. 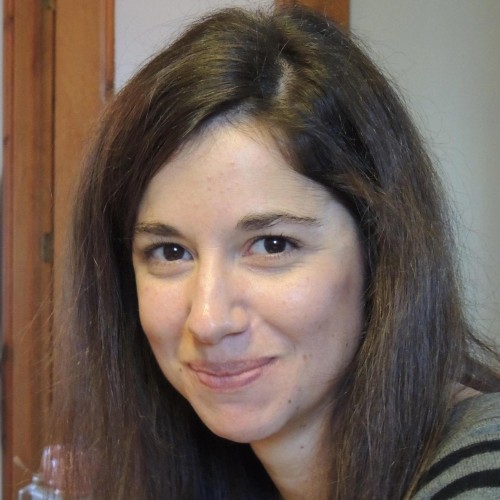 Book devourer, Spanish speaker, homemade soap maker. Who sees God in the everyday and loves to view the world with child-like wonder and curiosity.