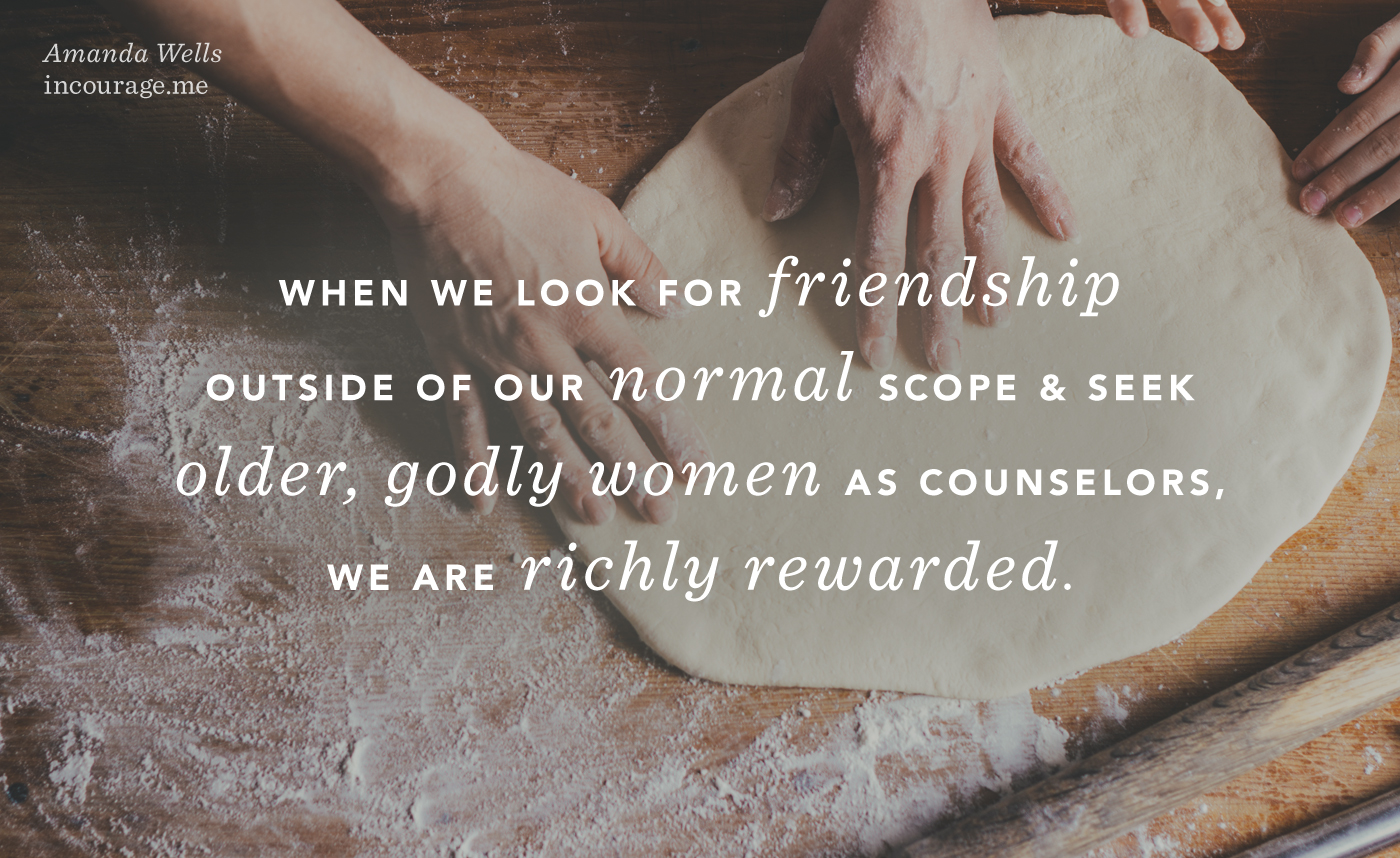 The rich tomato and oregano aroma of fresh baked pepperoni bread wafted through the room. I breathed deeply, anticipating the first cheesy bite. Women of various ages stood around the butcher block dining room, covered in flour dust, some still holding their rolling pins. I giggled softly. These women wouldn’t be seen in public wearing flour on their noses or brushed across their forearms, but here they didn’t seem to mind.

Just a few months ago, we passed each other at church, smiling and greeting one another, but the relationship stopped there. It wasn’t anyone’s fault. The busyness of life left us little time to socialize outside the church hour.

How different today would be if these women had declined the opportunity to mentor the younger women of the church.

The timer dinged and the women moved to the kitchen, filling their glasses with ice and the air with laughter and small talk. Our hostess pulled the garlic crusted loaf of bread from the oven, setting it on the table for slicing. The salad and dressings flanked the entrée, and someone slid the plates and silverware closer. We served ourselves and settled around the table, the older women sprinkled between the younger ones.

Conversation flowed. Concern rippled through the room as someone mentioned an older man of the church who had been badly burned recently and was still recovering. Chortles escaped as a young mom described her past week with her energetic, all-boy toddler and his explorations.

Who would’ve thought we would find friendship together?

Friendship comes in all different sizes — just like the dough we rolled out that morning, some more yielding and receptive than others. But with a little coaxing and a delightful combination of spices, both the crusty, cheesy pepperoni bread and our newly found friendship, tasted delightful. And right.

Likewise, teach the older women to be reverent in the way they live, not to be slanderers or addicted to much wine, but to teach what is good. Then they can train the younger women to love their husbands and children, to be self-controlled and pure, to be busy at home, to be kind, and to be subject to their husbands, so that no one will malign the word of God. (Titus 2:3-5)

As these women fully embraced us, faults and all, and committed to training us according to God’s Word so that we would glorify Him, we found something:

We found women who were willing to do battle for us in prayer. Women who heavily invested in us both emotionally and spiritually.

As a young mom of six, I considered this newfound friendship invaluable. Precious. Priceless.

Who better to seek advice from when my three-year-old twins misbehave in preschool than a woman who’s been there? Or when my fashion-conscious nine-year-old finds leggings and too-short tunics irresistible? Or when my husband and I don’t see eye to eye about our finances?

Women need other women. We were made for companionship, fellowship, and friendship. There’s not a substitute for someone who has been there already through pregnancy, birth, potty-training, and terrible twos. Someone who has lived single, pursued a career, or served in ministry. Women can help other women because they understand the many stages of life. They make excellent advisors and supportive influences.

When we look for friendship outside of our normal scope and seek older, godly women as counselors, we are richly rewarded.

Women need other women. We were made to train and be trained. // Love this from @incourage: 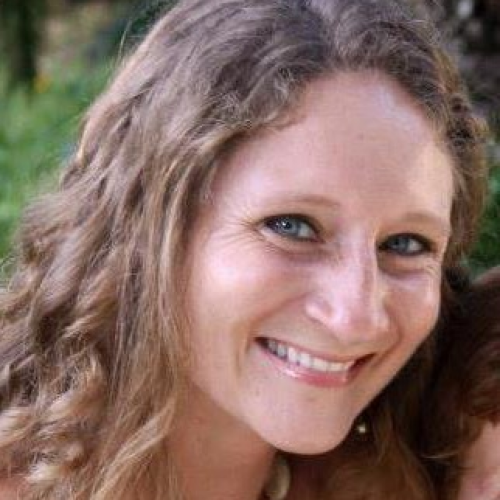 Amanda is the proud wife of a smokin’ hot third-generation farmer, and they have taken Psalm 127:5 literally, raising their quiver of six kids on the farm. She loves baking, reading, writing, and arithmetic (kidding!). Amanda writes about faith, homeschooling, the farm, and family life at The Farm Wyfe blog.