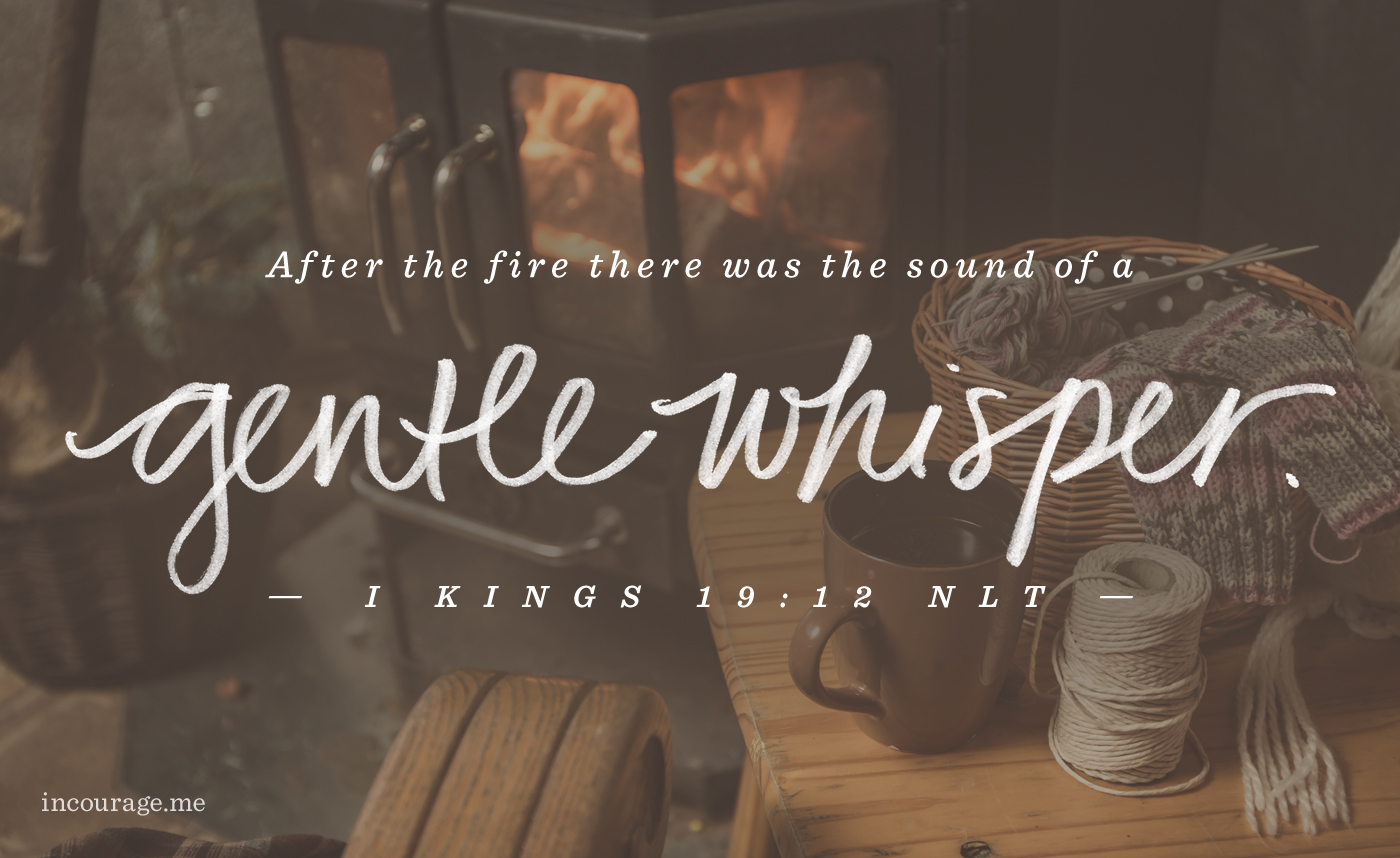 “Go out and stand before me on the mountain,” the Lord told him.

And after the fire there was the sound of a gentle whisper.
When Elijah heard it, he wrapped his face in his cloak and went out
and stood at the entrance of the cave.
And a voice said, “What are you doing here, Elijah?”
I Kings 19:11-13 NLT

Shortly after his first birthday, he had surgery to receive cochlear implants. A few weeks after the surgery my friend and her husband drove their son to the audiologist. It was Activation Day, the day they would turn on their son’s new ears.

In the video of those first few moments, you can see his little face look up in wonder the first time he hears the machine beeping. When the audiologist claps her hands, he touches the devices next to his ears. He’s making the connection. Then his father leans in and speaks to him.

For the first time he hears his father’s voice.

The boy turns his head and looks at his father, a smile lighting his sweet face.

It wasn’t an audible voice, but it was as real as the air I breathed.

God’s Word lay open before me. As I read the Bible, the words seemed to come alive on the page. It was July 31, 1990. My Activation Day. From that day forward, I chose my Father’s voice to be my trusted guide — my soul’s compass.

Throughout history men and women have experienced their own spiritual Activation Day — the day they first heard God speak to them.

We don’t have to be graduate students in seminary to be serious students of the Bible either. God’s Word is just as much for the mom serving pizza to her kids in a living room as it is for the pastor serving on staff at a church. The Holy Spirit enables every believer, wherever we are, to understand the uncompromised truth and uncontested beauty of Scripture.

When we hear God’s voice — that gentle whisper — through the pages of His Word, we find our true home in Him.

And the brokenness we experience in the deep waters of life is redeemed for a purpose greater than we can imagine.

When you spend time in the Word, do you hear your Father’s voice?

When we hear God’s voice through His Word, we find our true home in Him. // @denisejhughes at @incourage: