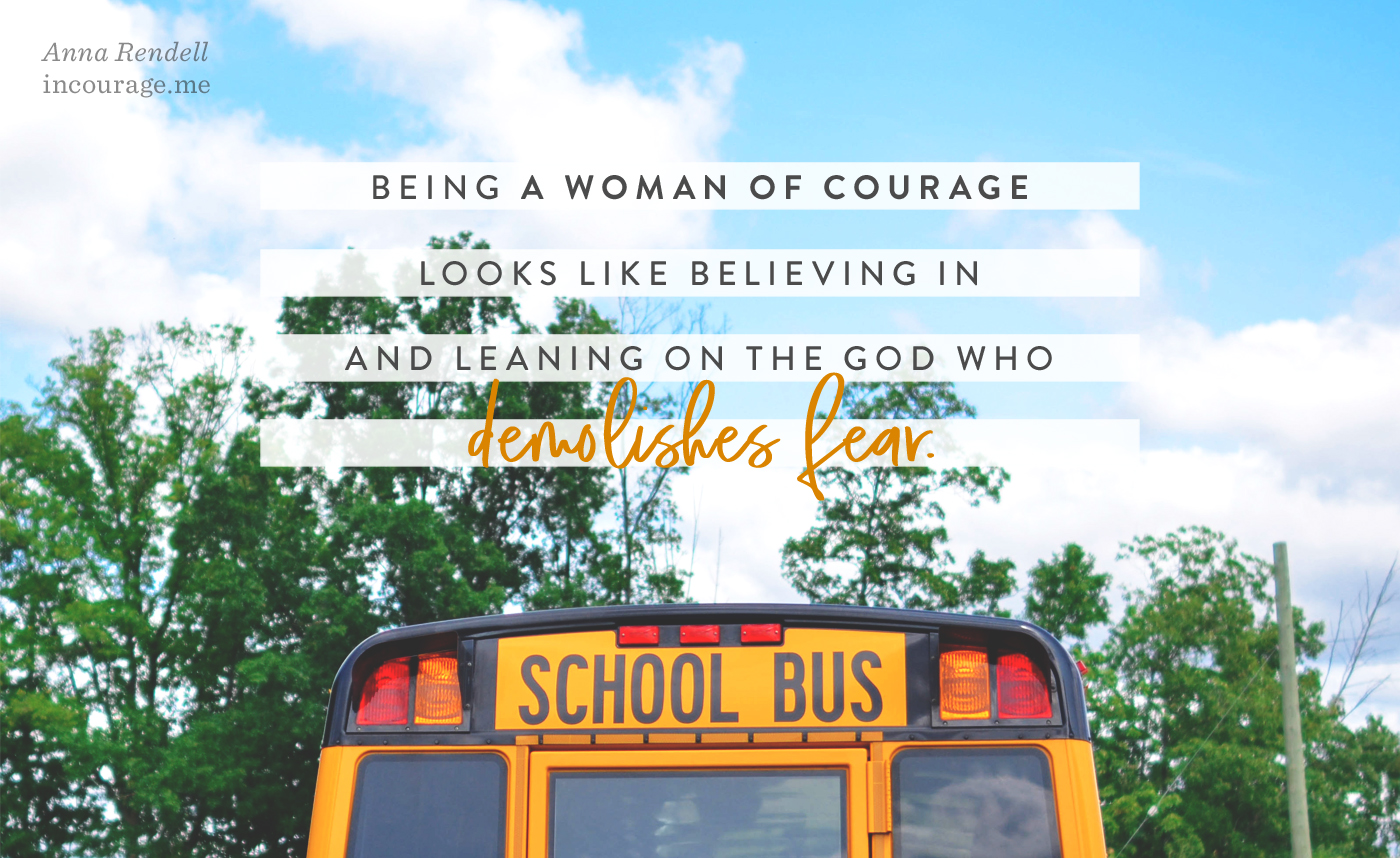 Next week, I will send my kids back to school. I will have a second grader, a kindergartener, and a preschooler. I’m not sure how that happened (Weren’t they just little babies last week?!), and I’m not entirely sure how I feel about it — about going back to school in general.

But if I’m really honest, my biggest emotion is fear.

I fear that when I say goodbye to them in the morning, they won’t come home in the afternoon.

Schools aren’t always a safe place anymore, and it terrifies me. The news of shootings in places we formerly thought of as “safe” haunts me. Movie theaters. Malls. Churches. Concerts. Elementary schools. Classrooms.

I know that death could come for any of us on any day and at any time, but there’s something absolutely soul-level jarring about the suddenness of death and the shock of terror when it happens in what should be safe spaces.

Because those should all be safe spaces.

When my son started kindergarten, I breathed a sigh of relief that just outside of his classroom was an exterior door. He can just run, I thought. When he was in first grade, I realized I was holding back tears some mornings as I watched the bus pull away. What if he doesn’t come back? I thought. Now as I prepare to send two of my children on the bus to that school, my heart continues its push and pull with the daily curiosity and avoidance of the news.

Some of my emotion is fueled by my own anxious tendencies. Some of it is fueled by actual happenings in the world, in our country, in our state, in our backyards.

All of it is fueled by fear.

Fear displaces almost every other emotion. It kicks out joy and it steamrolls peace. It takes up the space where trust should reside. Fear leaves a bitter taste in what could otherwise be sweet situations and circumstances. Fear swallows me when I give it space. I think I’m giving fear an inch, and it unfolds into a mile.

The only way I can even begin to combat fear is to focus in sharply on God and His response to others who have trusted Him in spite of their fear.

Gideon was one such fearful person. Throughout his story in Judges 6, we see God’s patience and care for His fearful servant. God calls Gideon to deliver Israel from the grasp of wayward Midian, and right away Gideon asks God a zillion scared questions. I love the “But what about . . .” excuses he lamely throws out. Gideon asks God for proof. He asks God to choose someone else. He gets all panicky and flail-y in his fear. Then, he gets the job done. And the whole time, the Lord reassures Gideon. He tells Gideon that he is a warrior, that God will be with him, that Gideon will succeed. God doesn’t rush Gideon through the fear; rather, He gives Gideon what he needs to overcome it. At some points in the story (like here, when God reduces Gideons’ troops to mere numbers), God does push Gideon forward, and reluctantly, Gideon trusts and presses on.

There are dozens of stories about fellow fear overcomers throughout the Bible: Jonah, Sarah, Abraham, Esther, Daniel, Moses — people afraid of what or where they were called to be.

Friends, we are surrounded by a cloud of witnesses who have gone before, who have trusted in the One who crushes fear. It bolsters my fearful heart to bring their stories to mind and to tuck into my heart God’s response of patience and love. He doesn’t make them feel silly about or a slave to their fear, but He offers His strength and peace, placing His great hand on their backs and gently pushing them forward.

Which is just what I need.

They do not walk through those doors alone.

The only One who can accompany our kids and provide everything they need is standing by them already. With our love tucked in their hearts and God by their sides, we have done all that we can do to prepare them for school.

We’ll hold their hands while walking into that big brick building, while leading them to the homeschool table, while walking them into their dorm.

We hold their hands, and God holds them close.

A Prayer for Back-to-School

May I put my trust in You, knowing You go before my kids as they go to school. Pave their way, Lord, the they may see You in each and every bump. Help them to make friends, to work hard, to have a mind open and ready for the kind of learning that goes far beyond reading and writing. Keep my love tucked deep into their hearts.

Help them to be brave and kind, Lord . . . and help their mom be the same. 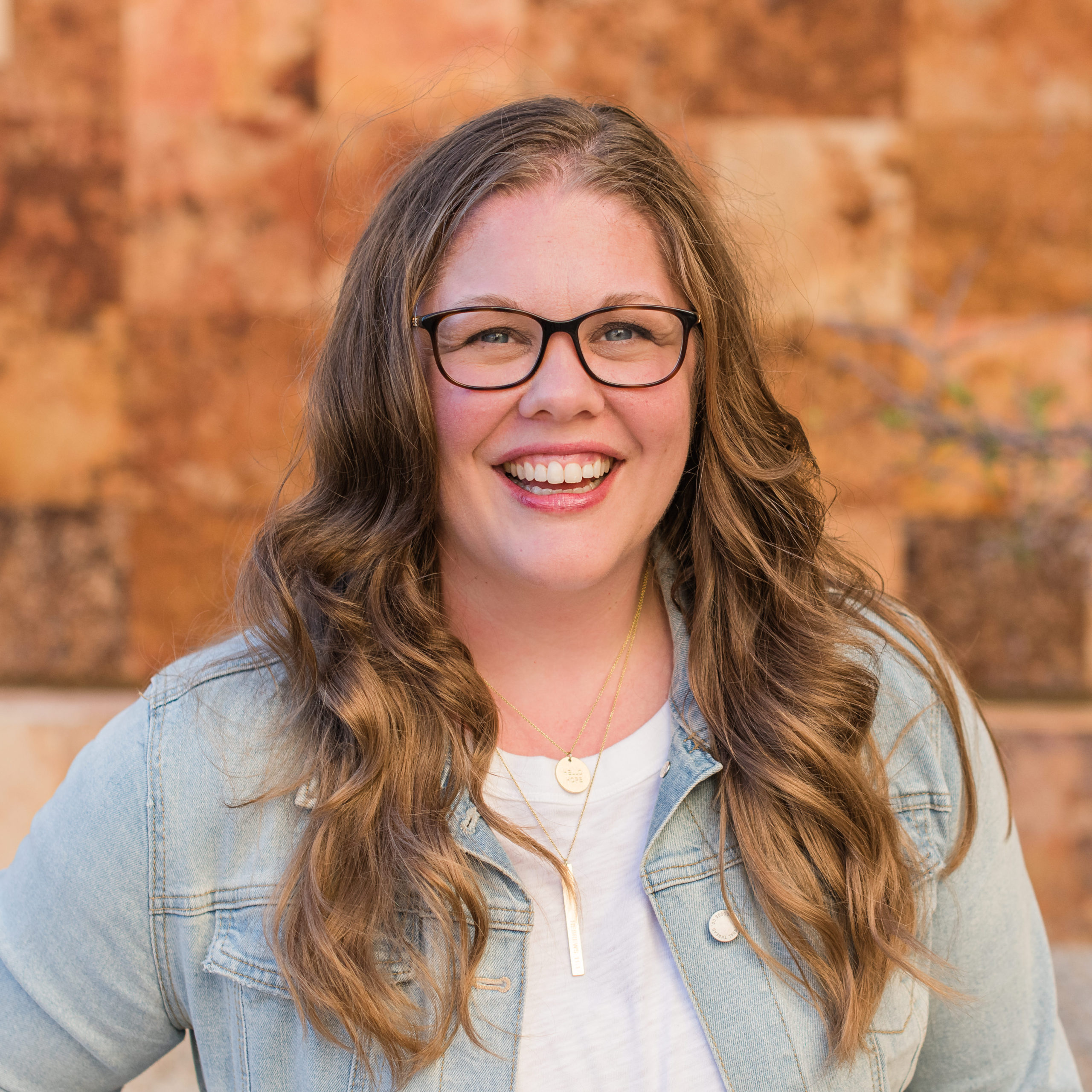 Anna works full-time for DaySpring from Minnesota, where she lives with her husband and four kids. Anna is the author of A Moment of Christmas and Pumpkin Spice for Your Soul, and she shares the good stuff of the regular, encouraging you to see the ordinary glory in your everyday.