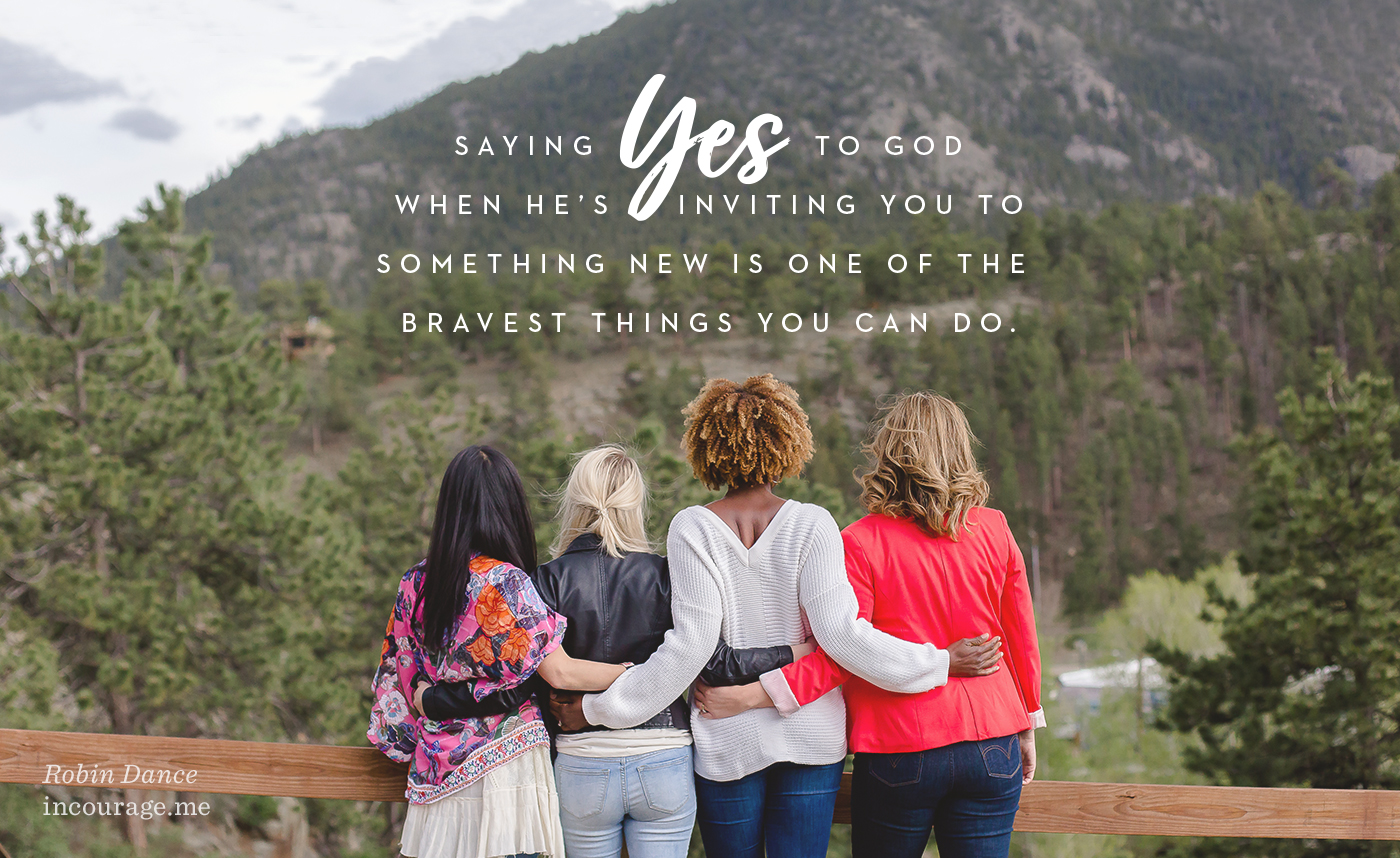 Do you remember what you were doing around this time ten years ago? I do. It would have been the summer my daughter turned seventeen, and my boys would have been turning fifteen and twelve. At that point, I had been blogging about four years, and the world was a different place, the internet a different animal. Social media was a train gaining momentum, and though podcasts were around, they hadn’t yet become the mainstay they are today. On the personal side, I was quietly struggling in life and faith and calling, trying to find my way in a forest where I couldn’t quite make out the trees.

I was also eagerly awaiting publication for a brand new website no one had ever heard of. Earlier that year I had met Holley Gerth and Stephanie Bryant at a blogging conference. As we remained in touch over the following months, they invited me to join a team of writers for an online community to encourage women in their faith. “It will be like having a cup of coffee with a close friend,” Stephanie’s email explained. In another, Holley described (in)courage as “the place where women’s hearts feel at home, free to be who we are — messy, loved, imperfect, beautiful.”

My yes wasn’t immediate; in fact, I missed the deadline to accept their offer by three weeks. But Holley’s and Stephanie’s enthusiasm was contagious, and I eventually came around. It was exciting to be a part of something bigger than myself and to write alongside other incredible voices with a common goal: to encourage women. The icing on the cake was that I was privileged to publish on our launch day together with Holley and Nester.

If you’ve been reading (in)courage since day one (and have a freakish memory), you may recall we all wrote on the topic of “courage” our first month. Though we continued themed writing prompts for a while, by the time 2010 rolled around, this practice was abandoned. And though our look has changed through the years, the heart of (in)courage has remained the same: to be “a place where you’re always welcome, just the way you are, and for you to always find yourself in the stories shared by women in all ages and stages of life, living in different areas of the world, who all love Jesus.”

I’ve found myself contemplative on the eve of (in)courage’s tenth anniversary. Ten years and 120 posts later (plus fifty book club posts, mercy!), I’m not the same writer — I’m not even the same woman — I was all those years ago. With the past on one side and the present on the other, I can think of at least five reasons (in)courage was, and still is, a “best yes”:

Ten years ago almost to the day, I wrote about the most courageous woman I’ve ever known. It is lovely and poetic and perhaps a sign of God’s pleasure that we’re still having conversations about what it means to be a woman of courage. I have learned that being a woman of courage doesn’t mean you’ve got it all figured out. Saying yes to God when He’s inviting you to something new — even when you’re struggling in life, faith, or calling — is one of the bravest things you can do.

Is God inviting you to something new? What does being a woman of courage mean to you? And lastly, would you celebrate (in)courage’s tenth anniversary with me by sharing one way our community has been a blessing in your life?