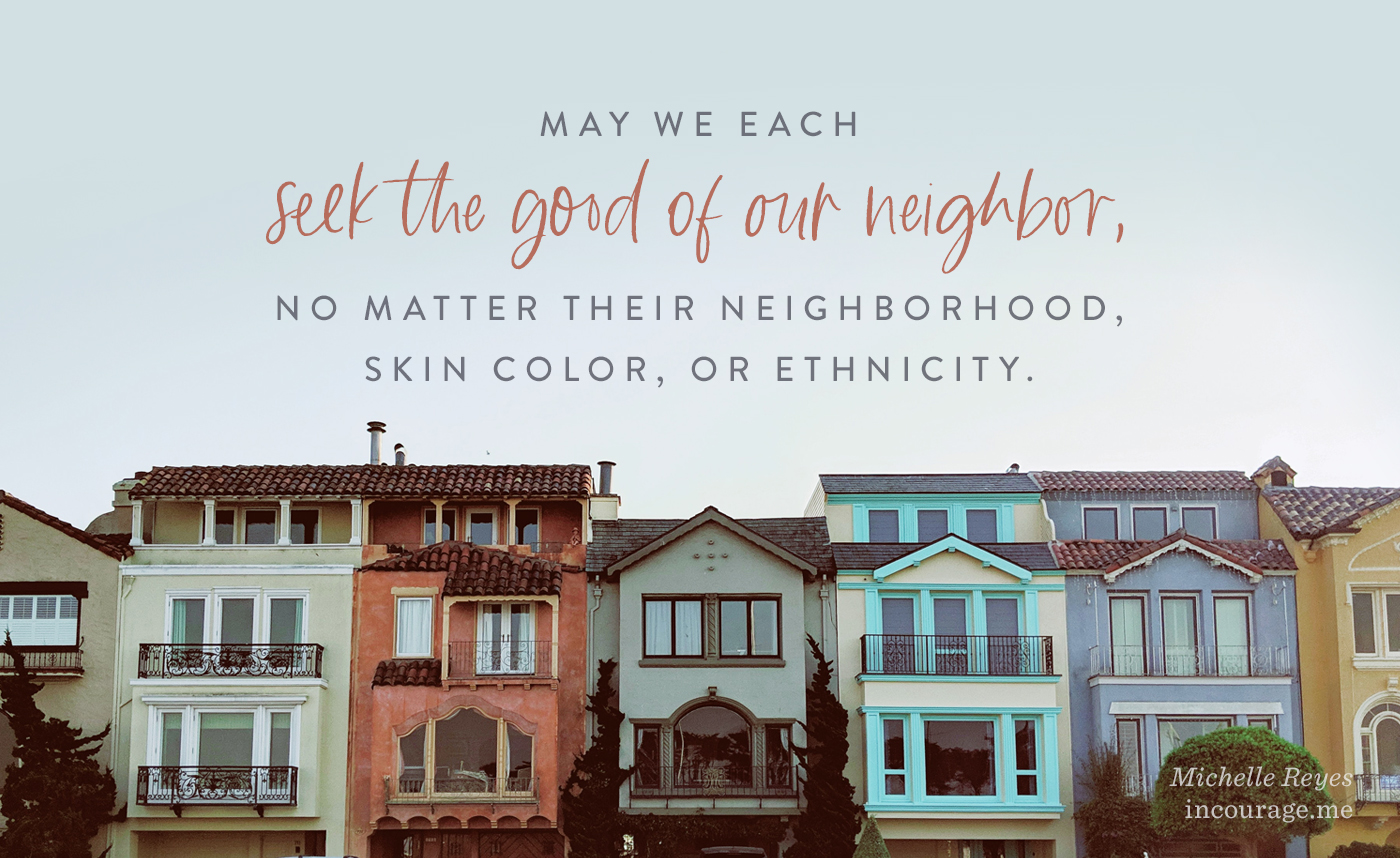 I was bouncing my baby girl on my hip and grasping for my son’s hand, as moms often do when trying to have grown-up conversations in public. I was trying my best to engage at an informal meet and greet with other Christian parents. We were going around the circle, introducing ourselves, and when it was my turn, all I could manage to say was, “Hi! I’m Michelle. I live in East Austin.”

Right as the words came out of my mouth, my baby girl threw down her cup of cheerios, and I had to quickly bend down to grab it. But when I stood back up, I noticed that the introductions had stopped, and several of the women were still looking at me. The surprised looks on their faces started to make me nervous. You know that moment where you start to wonder to yourself, “What did I say?”

One woman then replied, “Wow! East Austin. I would never live there. That’s like the barrio.”

Now I was the one who looked surprised.

What was this woman saying? Actually, I knew what she was saying. Austin is a tale of two cities. The highway runs straight through the middle of it with West Austin being predominantly white and wealthy and East Austin being where most of the minorities in our city live. It’s not a dangerous community, but it is predominantly black and brown, and many people often assume that our neighborhoods are unsafe, crime-infested, and worse.

Undoubtedly, this woman’s words were hurtful, and I probably would have felt hurt had this been the first time I’d heard such words. Sadly, they were not.

The problem was that she called my community “the barrio,” a Spanish word for “ghetto.” People only use the word “ghetto” to talk about those places of town they deem undesirable. It’s also code for the places minorities live, and it’s degrading language that dehumanizes the people who live in these communities.

The thing is I know it’s not just her. So often, Christians use harmful words to talk about the poor and the minority. I once read the story of Christmas from a children’s Bible that describes the manger where Jesus is born as located in the “not so nice part of town.” Devotionals, Christian living books, and even sermons can be guilty of pitting wealthy, middle-class (and often white) Christians against poor people of color. The former is “nice,” “safe,” “well-maintained,” and even “good,” while the latter is “crime-ridden,” “immoral,” “godless,” “rundown,” “impoverished,” and “bad.” But when we do this, we treat one group of people as superior to the other. Even worse, we convince ourselves that we need to save those who are not like us.

In that moment at the meet and greet, I simply responded, “Actually, East Austin is a great place to live. We love it there.” I could have said more. I wanted to say more. But it wasn’t the right time or place.

What I wanted to say is this: I’m proud of my community. There is so much beauty here. The values of family, hard work, respect, and resilience are on glorious display throughout our streets. We have history and art and multiple languages. We have skills and crafts and an entrepreneurial spirit. It won’t look anything like our fellow white neighborhoods across town, but that doesn’t mean we are lesser.

We should not think less of one another because of the color of our skin or the location of our neighborhoods, and we shouldn’t use hurtful words to talk about others, especially when we talk about people of color.

Ephesians 4:29 says, “Do not let any unwholesome talk come out of your mouths, but only what is helpful for building others up according to their needs, that it may benefit those who listen.” When it comes to cross-cultural relationships, we have to know that people are always listening. They hear what the other people say about them. They feel the pain of emotionally-charged words. Wounds are created, divisions worsen, and trauma lingers. This is the real consequence of words that seek to distance, to other, and to insult.

Our words have the power to build up people of other cultures or to tear them down. May we each seek the good of our neighbor, no matter their neighborhood, skin color, or ethnicity, and may we be intentional about speaking words of love over one another, words that see the good and the beauty, and words that benefit and encourage. 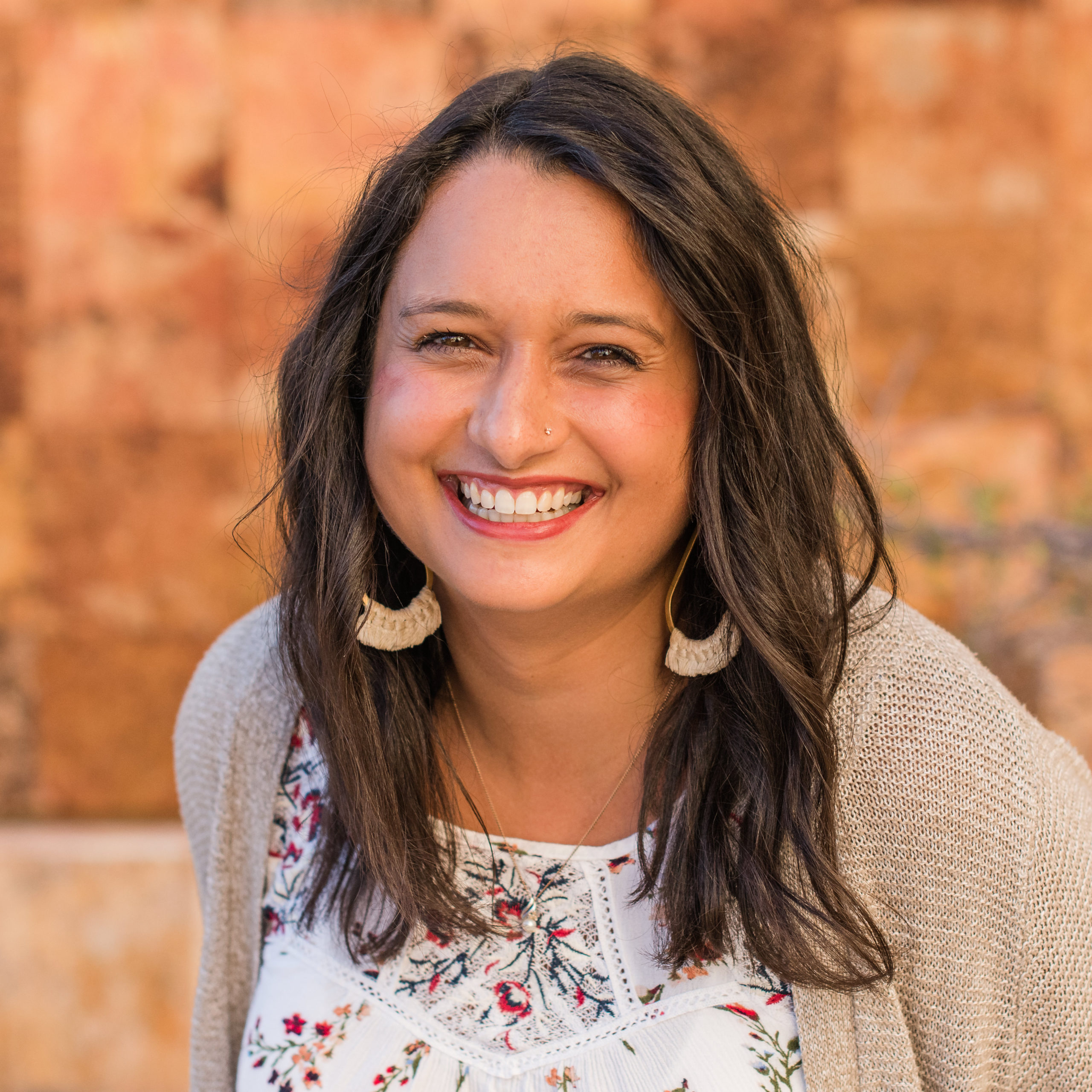