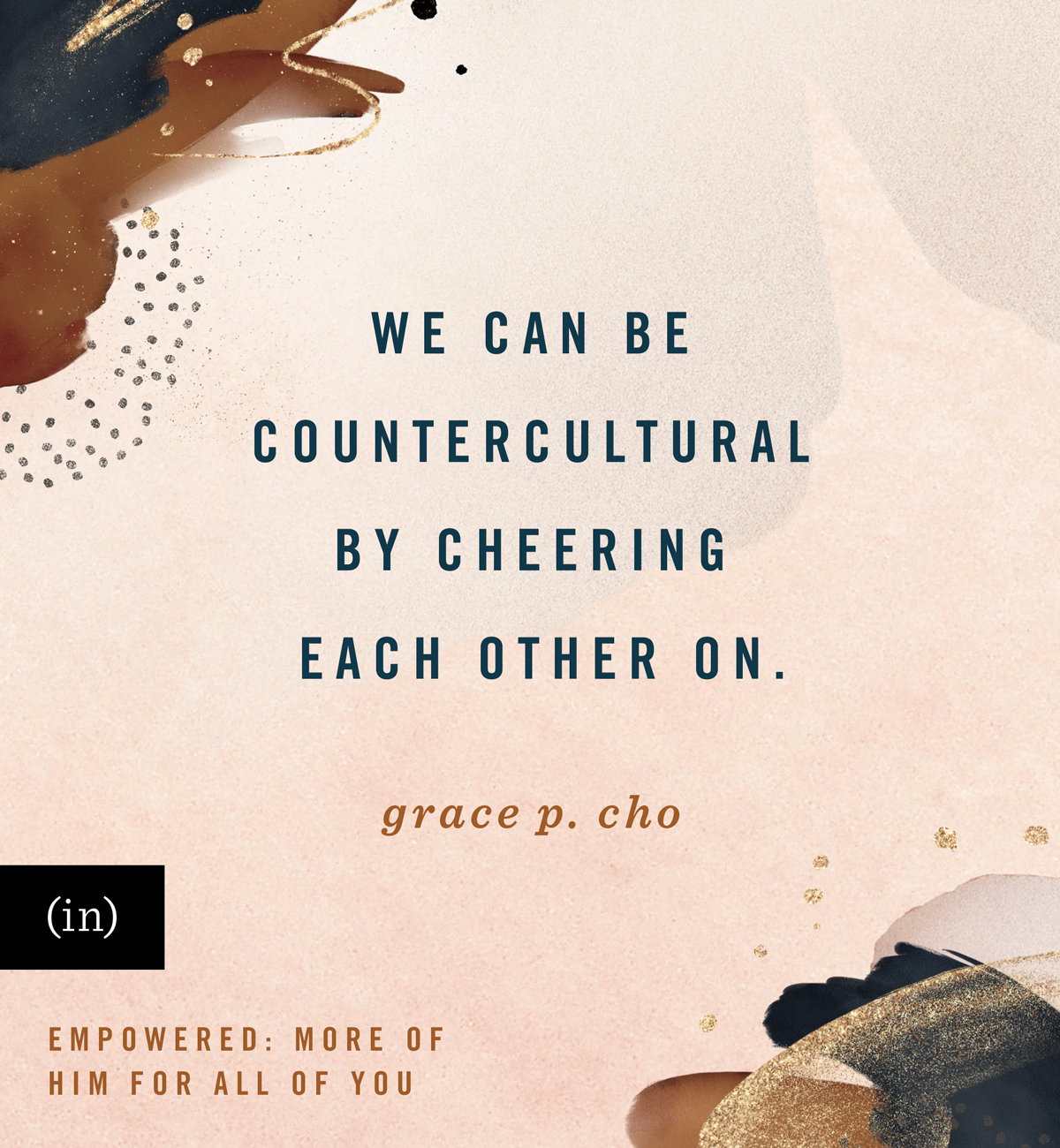 My phone dings, and I see her text: “Could you read something I wrote? I don’t know if it’s any good, but I wanted to see if you could just take a look and tell me what you think.”

I could hear the hesitancy in her words and how much courage it took for her to ask. We had met each other at a conference, and from our brief interactions, I knew she had stories to tell, pain to express, and wisdom to lead with. We noticed each other in a breakout session for writers interested in getting published, and afterward we talked in hushed tones about our hopes for where our writing would go. The writing world and its nuances were new for us, and we parted ways holding those hopes for each other.

Eventually, I became an editor, and I watched from afar as her leadership took her places. I witnessed her voice become louder and stronger as she processed the current social climate through her newsletters. I could see that she was becoming freer, more herself, and less afraid of what people would think of her.

Her text was an unexpected but pleasant surprise. She shared how she had been keeping up with me as well and thought she’d take a step of faith by reaching out. I was honored to be entrusted with a first read of her writing, and I agreed to take a look and get back to her soon.

I wasn’t prepared for her gift with words. She wrote with precision and power, beauty and hope. She didn’t shy away from naming her pain, and her pastoral and prophetic leadership shined through her stories. I was blown away by her natural talent, and I texted her immediately to tell her so.

She responded, “Really? You think so?” Her lack of confidence boggled my mind, and I sent back ten yeses in all caps with way too many exclamation marks. I assured her I wasn’t just saying it because she was a friend. I genuinely believed she should be writing and getting published.

We went back and forth about her essay a couple of times, but it wasn’t until years later that I received another text: “The essay we worked on got published in a book!”

I squealed in delight at this news. Her success wasn’t only about her but also about the many other women — particularly women of color — who would see her name in a book and know what was possible for them too. Her joy was my joy.

First Corinthians 12:26 says, “If one part suffers, all the parts suffer with it, and if one part is honored, all the parts are glad.” And Romans 12:15 simply says, “Be happy with those who are happy” (NLT). In Christ, we are intricately intertwined and interdependent on one another. Because we are made for community and placed in community, we cannot separate our grief or our joy from that of others.

In a world and time when social media and celebrity culture hype certain people over others, it’s easy to feel envious of someone else’s success. Those feelings are understandable and shouldn’t be shoved down in order to celebrate others. Instead, we can bring our honest selves before God, confessing our hurt, disappointment, and anger, acknowledging our own desire for success, and letting God be a balm for us. He can realign our hearts to His, remind us that together we make up the body of Christ, and teach us to be glad when another is honored.

We can be countercultural by cheering each other on, and in doing so we participate in the joy that God has for us all.

I relished in my friend’s news. I was so proud of her work, her persistence, and her increasing belief in herself. I had the privilege of watching her growth like a time-lapse of a seed becoming a plant, and my delight was just a glimpse of God’s rejoicing over her. And from my vantage point, I could see that this was just the beginning.

GOD, thank You that there isn’t a limited amount of joy to go around and that one person’s success doesn’t cancel out another’s. You are not a God of scarcity but of abundance. I confess that there are times when I have a hard time cheering someone else on when I’m not in the same place or position as they are. But I want to learn to participate in their joy as You are inviting me to do. Thank You for creating us to be the body of Christ so that gladness can be multiplied instead of hoarded. Amen.

This article was written by Grace P. Cho, as published in Empowered: More of Him for All of You.

Listen to today's article on your favorite podcast player!! https://t.co/qFqJwNAUYL