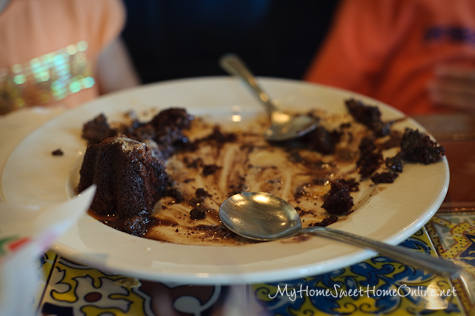 I love Top Chef (for those of you that aren’t familiar with that show, it is a reality cooking competition on the Bravo channel). My freakish devotion to the show makes no sense to my husband since it is widely known that I don’t cook well.

I think he encourages my Foodie-Fan dreams because he wants some of the cooking techniques to rub off.  I am almost certain he wishes I could to turn a can of chickpeas into an elaborately spiced Greek Falafel.

But to date no such Falafel has emerged.

Even though I can’t master the skills of the culinary chefs I still get caught up in the competition.  There is a tremendous amount of stress, anxiety and fatigue during the game.

Contestants go without sleep and allow themselves to be pushed beyond exhaustion on a regular basis. Difficult personalities must learn to compromise and work as a team, while wall flowers learn to take charge and deliver harsh criticism; day in and day out contestants max out their endurance.

Near super human strength is needed just to get through the first few rounds, and as I watch game from my sofa buried in the warmth of a Snuggie I wonder how in the world people can put themselves through that kind of torture.

The answer is Hope.

Hope is the single motivating component for every player. Each one desperately hopes that they will take home the top prize, and many times the compensation is well worth all the difficulty it took to earn it. After I pondered that thought for a while I realized that my life has been somewhat similar to a reality competition.

My own battle for hope came in the form of my marriage. While my life hasn’t been filmed by a camera crew I have endured many pain laced challenges and seasons of outright despair in hopes that God would grant me the reward of a healthier marriage.

My husband and I suffered from many outside influences and painful circumstances that reeked havoc in our marriage. We struggled through years of personal resentment, hardheartedness and bitterness. We distanced ourselves from life, from people and, at times, from each other. Before we knew it, all that hurt put us in marital counseling.

Our disposable society would have advised us to walk away and start over, arguing that no one should suffer misery if they don’t have to. From the cultural standpoint everyone has the right to live a tragic free life. But an even greater hope than the kind that gives stamina to reality contestants is the hope that Christ offers in scripture.