Will We Judge Young Looters or Learn to Love Them?

Prayer in the Era of Self-Help

An Unveiled Life in the Presence of God

When You Feel the Impact of Jesus’ Skin

When You Long for One Real Friend

Five Friendship Mistakes I’ve Made and Learned From

The Flowers Fight for Us

Peace for a New Day Tomorrow

You Can Do Hard Things

Staying on the Hard Road 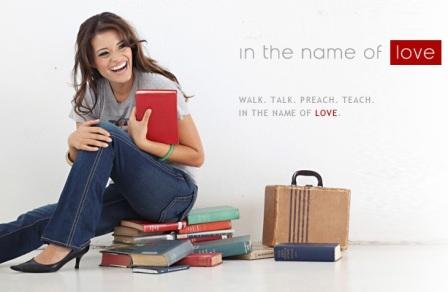 There are certain words in the American vocabulary that really can’t be defined in one standard sentence. Hope is one such word. It’s almost like gathering a bunch of people to survey the Grand Canyon and expecting them to describe it the exact same way. It just doesn’t work.

As a child I believed that we would move out of the ‘hood and no longer need hand-me-downs or government-issued food. As a teen I prayed that I would be fashionably fabulous with a closet of discounted clothing, shed the 80 pounds of “baby fat” which hung on me like saddlebags, and adjust to the public school system after an eternity of bohemian home-schooling. As an adult I hoped God would spare the life of my mother who was diagnosed with two forms of cancer and He would spare my life during graduate school with students who treated me like I single-handedly started the Iraq War.

But it’s important to note that my hope isn’t a blind, wistful and wishful hope. No, my hope is in the One who created the very word! The One who protected His people from danger (Psalm 23:5); the One who caused their clothes not to tatter or their shoes to thin (Deuteronomy 8:4); the One who healed the blind, maim, and lame yesterday and the One who can heal today (Hebrews 13:8).

The things I hope for today—marriage, acting like an adult, buying a home and owning a dog named Fifi—are important to me but I can’t let them consume me.  The God who I serve has yet to let me down or wane in His promises, therefore I put my hope and trust in Him (Hebrews 6:18). As a collected body of people who need hope like we need oxygen, let’s trust that God has the power to do what He promised (Romans 4:21). Vocalize to Him, to me, to us what you’re hoping for so we can be a community of believers who start acting like we believe in the hope that only God can give. If we earnestly believe He is who He says He is, then let’s start acting like it.

Bianca Olthoff is an (in)courage alumni who spends most of her time working as Chief Storyteller for The A21 Campaign, a global anti-human trafficking organization. By day she's a freedom writer who advocates for justice, but at night she's a step-mom who loves to have dance parties with Parker, Ryen, and Ricci [a.k.a. The...
Author Bio       Author Website