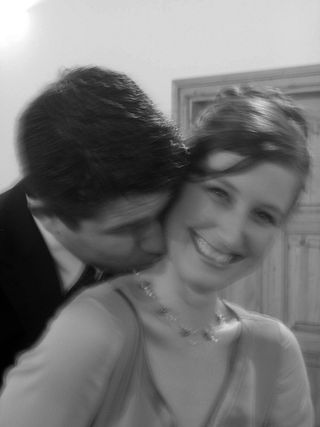 In 1999 I got married twice. To the same guy. Once in the States and once in South Africa. Believe me, if you want to feel well and truly married, do it with back-to-back events four months apart.

Because when you are picking out cakes for the second time around to the same person and it’s not due to a golden wedding anniversary, you know he must really like you.

(Even when he forgets his four-month-old wedding ring in a WHOLE ‘NOTHER COUNTRY than the one where the re-run is taking place and has to borrow a substitute from the South African jeweler who made the engagement ring. And then, right as the first bars of the bridal march are playing, he realizes he managed to forget the sub as well!)

It’s been ten years since he scrambled backwards away from the entrance to our South African wedding hightailing it to our cottage to collect his borrowed ring.

Ten years since I watched his face as the speeches – a hallmark of South African receptions – hit the one hour mark and included both threats well-wishes and serenades from former beaus. (This all before dinner was served.)

Ten years since we toasted and danced ourselves silly on two continents before falling into bed, exhilarated, exhausted, and utterly married.

The locations, customs, languages and a lot of other stuff were different. But the promises we made were the same. Your people will be my people.

I had thought it would be romantic to draw on the story of Ruth, who gave up home and family and country to join with her husband’s people; I thought it a fitting metaphor for what a South African girl was doing by saying, “I do” to a green-eyed boy from Michigan.

I didn’t know the half of it.

Ruth replied, “Don’t urge me to leave you or to turn back from you. Where you go I will go, and where you stay I will stay. Your people will be my people and your God my God. (Ruth 1:16, NIV).

When I made this promise, I meant it. I just didn’t realize what it meant at the time. I was still high on the fading strains of the organ, a daintily embroidered white dress, a bouquet of blushing pink tulips, and the cowboy eyes of the boy in the tux standing across from me. I wasn’t thinking frequent flier miles, strollers lost by airlines or the impossibility of making New Year’s in Chicago when you are coming all the way from Christmas in South Africa.

But I would learn.

Like most of us who focused more on the ceremony than the life to follow, I have been learning through doing. What I promised then, I am living out now.

A decade, three continents, and two children later I am learning that marriage is a commitment of super glue proportions. And it’s the commitment that sticks even when the feelings ebb and flow. That’s the beauty and courage of marriage.

Penny-pinching so you can attend long-distance graduations, birthdays, and weddings?

Supporting the Detroit Lions despite their 13 year losing streak?

Because, after all, marriage is the ultimate parable, isn’t it? It’s the living picture of a God who looked at us in all our silly, selfish ways and then loved on us regardless, so that He could make Us. His. People. Amazing, crazy love. And all we have to say is, “I do.” 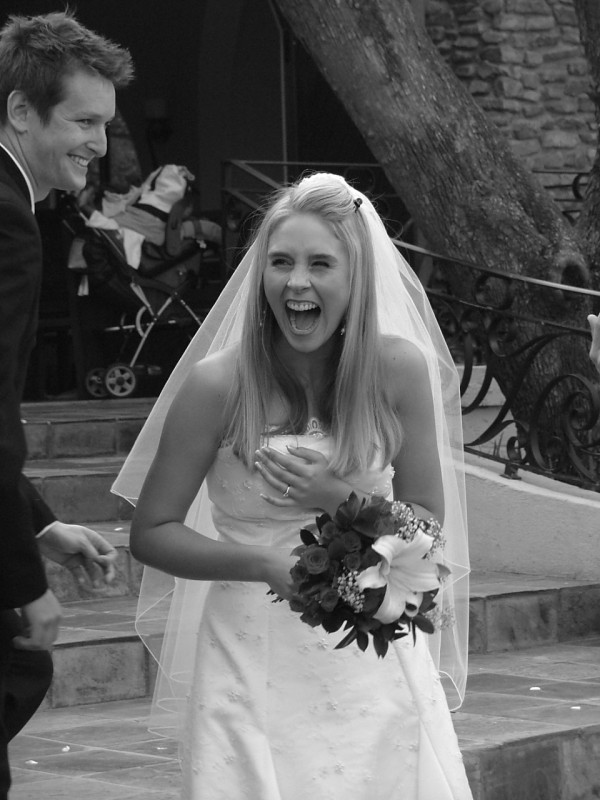 **This is my beautiful new sister-in-law and smitten little brother looking on. Their wedding, 18 months ago, was the last time I was home in South Africa. I love how our heavily-laden baby stroller is in the background of their picture – the perfect juxtaposition of joy, both present and future, captured in a wedding.