She broke up with her first ‘real’ boyfriend.  And, by real, I mean the one who takes you out on dates, away from your parent’s prying eyes.The one who holds your hand and tells you he loves you.

When you are 15 and 16 and 17, love is reserved for the person who makes your heart beat faster, the good-looking one in the football jersey, the one who looks into your eyes and makes promises.  Every song on the radio is written about him.

He can also be a major disappointment. Especially when he breaks your heart by refusing to respect your boundaries.  Apparently ‘love’ to an 18 year old boy can involve the phrase, ‘if you loved me, you would….”

She was smart enough to tell that racing heart, “if he loved me, he wouldn’t….” 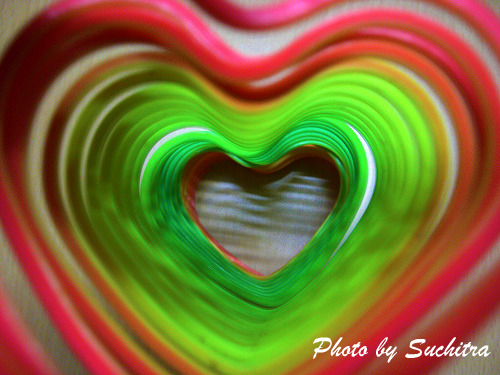 As she nursed that wounded heart, she told herself she deserved better.

As only a teenager can, she bounced back. In only a matter of months, she found herself drawn to someone else. He was the opposite of the heart breaker.  He opened doors.  He was mature.  He wrote her poems and sang Billy Joel’s “Just the Way You Are”.  He was older.

She found herself believing the “I love you’s”.  She figured it was love when he wanted to spend every available moment with her.  And when he had to know where she was going and with whom when they weren’t together, she called it concern.

And when he told her to change what she was wearing when they were going out on a date, she thought it was silly, but sweet.  He was worried about her being cold, wasn’t he?

But the love, the concern, the respect and the sweetness had an edge.  They were conditional.  He loved her if she answered his questions, if she was wearing the right thing, and if she did as she was told. The disrespect, the soul-stealing, the jealousy – it was all disguised as love.

The criticisms and control were initially subtle, but became more evident as their relationship progressed. She lived with daily ultimatums.

For months she denied it….unwilling to believe someone she ‘loved’ could be so manipulative.  Her mother tried to reach out, but was rebuked.  The teen asked herself, “What does a mother know about love anyway?”

As it turns out, plenty.

It was actually her mother’s love that cleared the mist of the spell she was under.  It was her late night chats, the hugs of understanding, the love in her eyes that gave the young girl the strength to end the relationship. Or so she thought.

Sadly, it wasn’t a clean break – because a love like his is powerful.

Walking away started a cycle.  A cruel one.  She was deluged with letters, with calls, with him appearing on her doorstep, at her school, at her job.  The tone of the letters changed with each passing day.  He missed her.  He loved her.  He hated her.  She was nothing without him.  He was sorry.  And back around again.

She was scared of him. She cried.  She turned inward. She wondered, “am I nothing without him?” She held her ground. But there was damage.

Every man she dated after this would eventually glimpse the scars left by the abuse.  She carried with her an insecurity.  That same question always surfaced. Sometimes it was while she lay in bed, creating reasons the relationship simply couldn’t work.  Even if she never said it out loud, she lived it. She wondered, “was she good enough?”

But the right love can answer the question. It was a simple, ‘yes’ whispered by a man who didn’t even know she had asked.

After dating only a few months, they sat in a dark movie theater holding hands.  It was a ‘chick flick’, and as was often the case, she found herself thinking about the happy ending – hoping that a man like that was in her future.  And just like that she knew.  That man was sitting to her left, completely unaware of her epiphany.

He was the ‘right’ man. He shared her vision of the world, her love of family, her faith. He was never going to cheat on her.  He was never going to allow her to question her worth.  He would go with her to church, join her on silly errands, pick her up when she simply couldn’t do it on her own.

He would be there.  He would protect, honor, and love.

There was suddenly an amazing clarity.  The clouds parted, and like she could on a dark day turning to light, the beams of sunshine peeking from the clouds showered her with a love that she knew, quite simply, was much like God’s. She tilted her face toward the light and bathed in that simple, quiet, unconditional love….the same love that surrounded her at birth and would continue to walk with her every day.

Danielle is mommy of two, founder of ExtraordinaryMommy.com, MomTV Host, Former TV News Anchor, Lover of Video and Vlogging, and a Cali Girl. 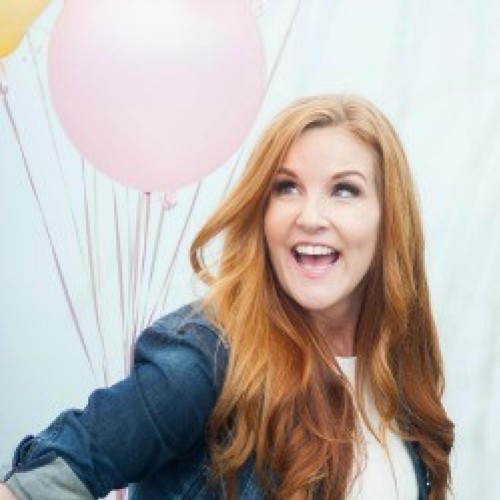