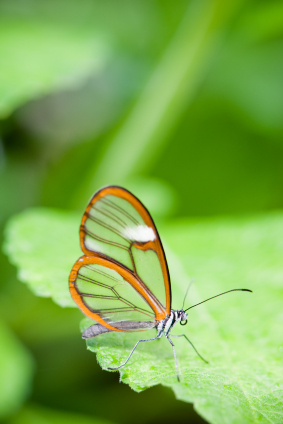 When I was in junior high and high school, I was  invisible.

I wasn’t pretty enough or athletic enough to be popular.

I wasn’t (quite!) nerdy enough to be picked on.

I wasn’t even crazy or wild enough to get others' attention.

I blended in to the background; I disappeared.

Before you get to know me, I’m the shy, quiet type. I don’t say a whole lot. I sit back and observe. I’m assessing whether or not you are a safe person for me to get to know. I want to know if I can be free to be myself around you, or if I should simply disappear into the background where you will forget all about me.

Allowing ourselves that freedom to be real is risky. I mean, what if you decide to lay it all out there and that person decides to reject you?

Or what if at first you are accepted? And then something in your life changes and all of the sudden you aren’t?

When I first became a Christian, part of what helped me make my decision was the community I experienced, the acceptance and love that was offered to me regardless of where I had come from. Jesus’ love was shown to me through the actions of the group of teenagers I had come to know. It was in this group that I first found the freedom to really be myself, and through finding Jesus, the courage to do so.

Instead of being invisible, I became transparent.

But there comes a risk with transparency. Where before I was safe from getting hurt by not letting others get to know the real me, now I was vulnerable. It didn’t take long before I started to care too much about what others thought of me. And tried to be someone I wasn’t.

If I was in a group of people who were super-spiritual, I would be, too. If I was in a group that only wanted to talk about guys and clothes, I could gab with the best of them. I’d adapt to whatever group I was hanging out with, copying their interests, their style. I desperately wanted their approval, because I thought that in having it I would finally be able to reveal who I really was.

And then one day the thing I feared the most happened

Andrea is a wife and mom with a heart for women to know they are loved beyond measure and that they matter. Also, she likes coffee. A lot.