On Sunday, we worshiped with Kenyans at one of the Compassion International projects. As we entered the village, hundreds of children ran up to us. It was the first time I felt mobbed by kids, but in a positive way. They were extremely poor.

Once I entered the church building, I immediately noticed a girl in a pink satin dress, her Sunday best. She had Down Syndrome and was absolutely beautiful.

I found a seat and Gina found me. 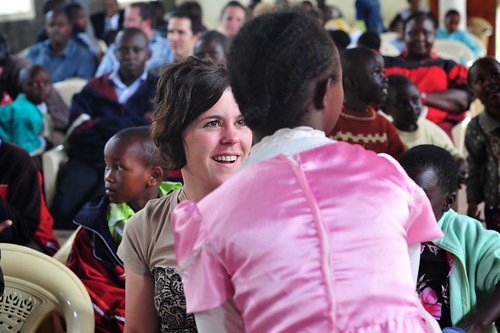 She walked up and smiled. It was the smile of an angel.

She reached out and put both of her hands on my face. 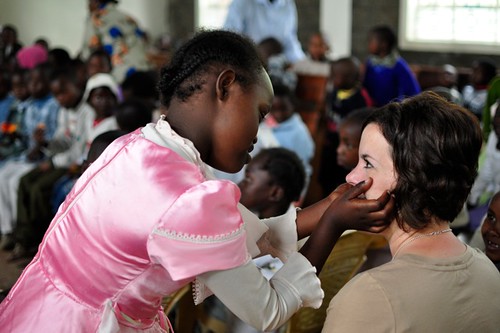 She moved them slowly, carefully, feeling my face as if she were blind. I sat perfectly still. It was almost a holy moment. 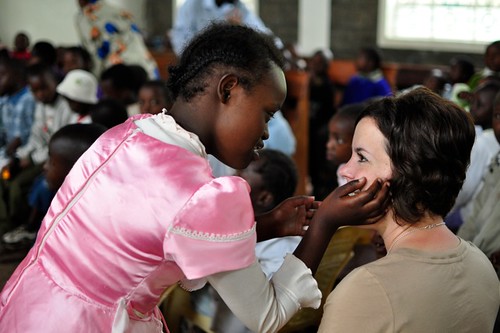 She finally backed away and found her place at the front of the church, near the worship leader. I sat there and tried to process what had just happened. It was a surreal moment in which I saw raw beauty. Unrefined glory. I was in the presence of one of God’s precious children. 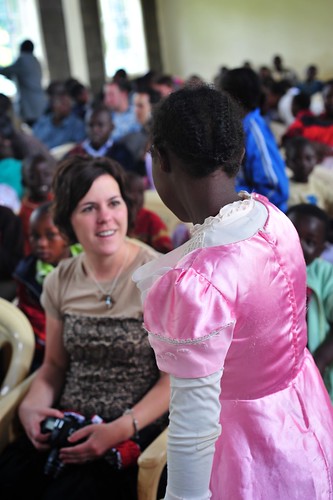 And then the congregation stood to worship. Gina stood next to the worship leader as if it were a regular place for her and she danced. I looked around to see if anyone was surprised by her behavior, but it seemed to be the norm. No one stopped her or told her to go and sit down. No one whispered in her ear that she was a distraction or a nuisance. I was so thankful they treated her as Jesus would have. I imagined He thought of Gina when He said, “Suffer the little children to come unto me.”

She lifted her arms and moved them slowly in the air to the music. She closed her eyes and moved to the rhythm as she lifted praises to God. I almost had to look away, like I was interrupting a private moment between this special girl and The Holy One. 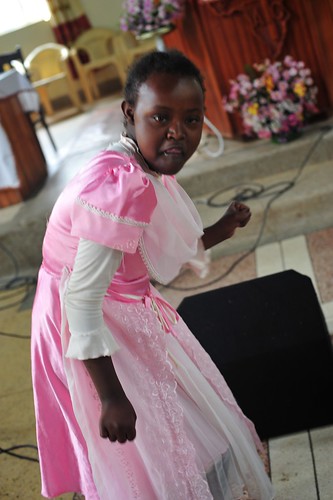 After the service, she found me again. Once again, she stepped up close to me and caressed my face. I was so humbled by her beautiful gentle act as her eyes looked deeply into mine. I saw a bit of Heaven in her innocent face. 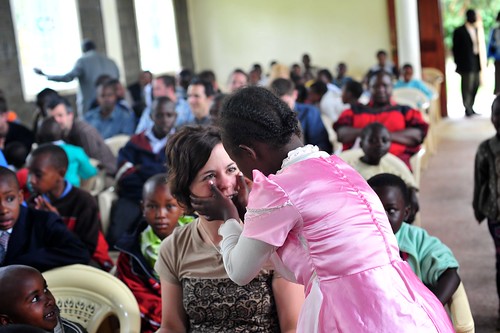 I’ll never forget the day I was touched by an angel. 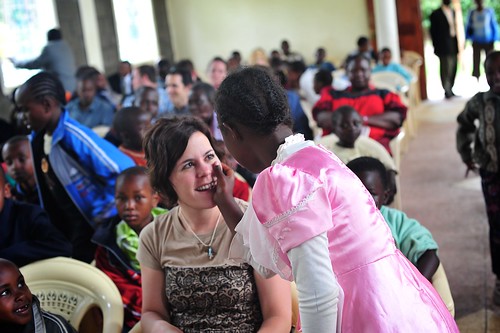 Gina is one of Compassion International’s million sponsored children. She is one of the blessed ones. There are so many who still need a sponsor. Thousands of kids who don’t know the joy of a dependable meal or a Godly social worker concerned for every part of their lives. For such a small price, you can change a life. The life of an angel, like Gina.

Would you consider sponsoring a child today?

by Kristen Welch, We Are THAT Family

* To learn more about Kristen’s journey to Kenya, read the series on her blog.