A gate called Beautiful. The man was anything but.

He couldn’t walk but had to drag himself about on his knees. He passed his days among the contingent of real and pretend beggars who coveted the coins of the worshippers entering Solomon’s court. Peter and John were among them.

The needy man saw the apostles, lifted his voice, and begged for money. They had none to give, yet still they stopped. “Peter and John looked straight at him and said, ‘Look at us!’” (Acts 3:4 NCV). They locked their eyes on his with such compassion that “he gave them his attention, expecting to receive something from them” (v.5). Peter and John issued no embarrassed glance, irritated shrug, or cynical dismissal but an honest look.

It is hard to look suffering in the face. Wouldn’t we rather turn away? Stare in a different direction? Fix our gaze on fairer objects? Human hurt is not easy on the eye. The dusty cheeks of the Pakistani refugee. The wide-eyed start of the Peruvian orphan. Or the salt-and-pepper tangle of a beard worn by a drifter.

What do we see? And what does Jesus see?

“When He saw the multitudes, He was moved with compassion for them, because they were weary and scattered, like sheep having no shepherd” (Matt. 9:36).

Perhaps that is why we turn away. Who can bear such emotion? Especially when we can do nothing about it. Why look suffering in the face if we can’t make a difference?

Yet what if we could? What if our attention could reduce someone’s pain?

This is the promise of Peter and John’s encounter.

“Then Peter said, ‘Silver and gold I do not have, but what I do have I give you: In the name of Jesus Christ of Nazareth rise up and walk.’

And he took him by the right hand and lifted him up, and immediately his feet and ankle bones received strength. So he, leaping up, stood and walked and entered the temple with them—walking, leaping, and praising God.” (Acts 3:6-8)

What if Peter had said, “Since I don’t have any silver or gold, I’ll keep my mouth shut”? But he didn’t. He placed his mustard-seed-sized deed (a look and a touch) in the soil of God’s love. And look what happened.

An honest look led to a helping hand that led to a conversation about eternity. Works done in God’s name long outlive our earthly lives.

Let’s be people who stop at the gate. Let’s look at the hurting until we hurt with them.

No hurrying past, turning away, or shifting  of eyes. No pretending or glossing over.

Let’s look at the face until we see the person.

By Max Lucado, Author of Outlive Your Life

Today to inspire you in your quest to make a difference, we are giving away:

FOUR AUTOGRAPHED copies of Max’s new book – Outlive Your Life: You Were Made to Make a Difference.

The Outlive Your Life Journal.

Just leave a comment before 10pm EST on Wednesday 9/22  and let us know about someone who is making a difference in your life and you’ll be entered to win.

Oh and what makes Max’s line even more special is that he is donating all the royalties he receives directly to World Vision.

If you want to hear more about the book and Max’s vision for how we can each make a difference, click here to watch him in his own words. It will be so worth your time! 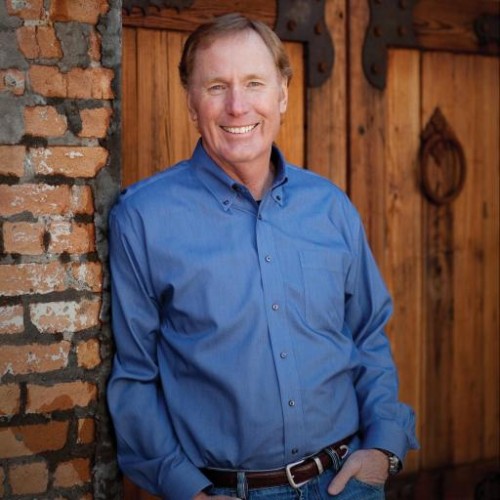 Max is a minister who writes and a writer who preaches. He and his wife serve the Oak Hills Church in San Antonio, TX, and have three grown daughters.