My sophomore year in college, I lived in a sorority house.  It didn’t have many parking spots and most of them belonged to the juniors.  I was pretty much limited to the parallel parking in front of my house and the student lots behind it.  I had never parallel parked before, so I decided that I would just park in the student lot near my house.  I quickly learned that people liked to park their cars in this lot for days and between four sorority houses, the other spaces were never available.  My car ended up in the back lot, which meant a very long walk home.

One night, I had stayed up late talking at my sister’s house, and by the time I drove home it was past midnight.  The sky was like coal, and the thought of parking in that back lot made me nervous.  I drove through all of the lots, but every space was taken.  Being a weeknight, it wasn’t very likely for anyone to get out and move their car.   My stomach churned; I kept thinking of the long the walk from the back lot.  I started to pray that the Lord would open up a spot.

It started to rain and I started to cry.  I didn’t know how to parallel park, but I drove through the street in front of my house anyway.  I then realized that while I was praying, I was also thinking of how what I was praying for was impossible. I decided I would drive around one more time, but this time, I would thank the Lord for the spot he would provide.  As I turned on the street in front of my house, I saw a car leaving, and I knew that spot was meant for me.

That was the night I learned how to parallel park, and that was the night I started praying for parking spots. Every time I had to drive in late, I prayed with faith and the Lord provided.  The Lord became so real to me that year; sometimes it felt like he was riding along in the passenger seat.  I began to pray out loud, and my prayers became more like conversation.

I can remember one night, I was looking for a spot, praying with faith, but nothing was happening.  I drove around for a while, completely confused, until I felt a small sting in my chest.  I knew that the Lord wanted to talk to me about something very personal in my life; something so personal, I had tried to hide it from my creator.  My heart had been broken years before, but instead of dealing with the pain when it happened, I had pushed it to depths of my memory, where it stayed.

Okay Lord, I need to talk to you about him. I spoke those words as my car was turning onto the street of my house, and I saw a huge parking spot right by the front door.  I parked my car, hysterically crying, overcome with the presence of Christ, and in that moment he touched that place in my heart, where he knew my pain was and filled it with his spirit. 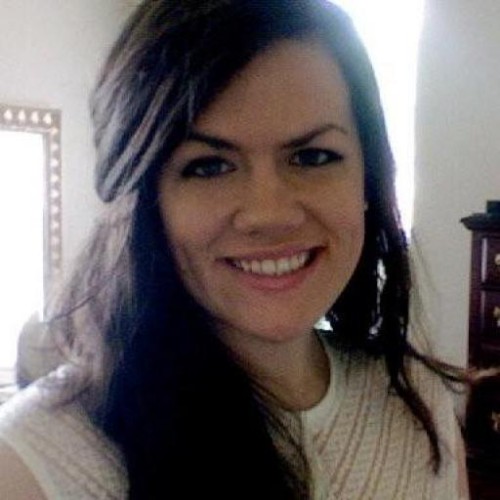 I grew up in Jonesboro, AR, where I was known as one of the "Houston girls." (That's pronounced house-ton). I was the third of four girls, and my house was full of love, laughter, and excitement! I started writing in the second grade and never stopped. My parents sat and...