One day I was at the playground with a new church friend named Tess. Tess seemed distant and distracted, and I suspected that this was because her marriage was suffering. We hadn’t discussed our marriages though, because we were too busy addressing more important issues, like soccer practice and highlights and how fine and amazing and perfectly adjusted to life we both were.

Suddenly, I heard myself saying the following to Tess:

Tess, I’m a recovering bulimic and alcoholic. I was arrested several times during my drinking decade. Craig and I got pregnant before we were married. We love each other madly but I’m secretly terrified that my issues with sex and anger will eventually screw things up. I snap at him and my kids regularly. I feel like I always have rage right beneath my surface – like I’m a dormant volcano. And I think I have post- partum depression. Chase brought me a note yesterday that said, “I hope mommy is nice today.” Anyway, I just wanted you to know.

Tess stared at me so long that I wondered if she was going to call our minister or 911. Then her walls crumbled and she started telling the truth, too. Things with her husband were bad. Really bad. Tess hadn’t told anyone how terrified and hopeless she felt, because she was too embarrassed. But in that moment, Tess decided she wanted help and love more than she wanted me to think she was perfect.

The next few months were tough for Tess. There was therapy, separation, and plenty of anger and fear. But a little army of love circled the wagons around Tess’ family and blockaded anybody from getting in or out too far. And eventually, her marriage healed. I actually got to WATCH the truth set Tess’ family free.

Around that time, I started feeling an itch to do something meaningful outside of my home, but no one would have me because of my colorful past. First, we were turned away again and again when we tried to adopt. Then the nursing home I applied to rejected me after the dreaded background check. Finally, my interview at the abused women shelter seemed hopeful until the interviewer said, “I have to ask if you’ve ever been arrested.” I wearily told the truth, and I never heard from the shelter again. It’s hard to explain it away as only five times.

But then the Tess thing happened. And I thought . . . hmmm. Maybe I could volunteer myself to the world as a “reckless truth teller!” Because for some reason, hearing the truth about me seemed to make other women feel braver. And it struck me that for this particular “truth telling ministry,” my criminal record was a PLUS. It gave me street cred. That was it. I was going to make people feel better about their real selves by introducing them to my real self. No more masks, no more hiding, no more pretending.

A few days later my minister called me on the phone. My first thought was that Tess had ratted me out and that I was in big trouble. But my minister just gently said, “Glennon, I feel like the time has come for you to tell your story to the church. On stage. This Sunday.”

My husband went online to research whether or not he could be fired for having an ex-con for a wife. I planned my outfit.

Then I wrote my story, and on Sunday morning I read it to my church. I told them about my addictions and my Jesus and how He saved me from myself. I told them that when Jesus said I was forgiven, I believed Him, and that has made all the difference.

I told them about how people who’ve lived in dark, dark places truly appreciate the light. About how we close our eyes and soak Grace up, sunbathe in it… how we breathe in Grace each day likes it’s oxygen, because we remember what it feels like to suffocate. How we wake up each morning fully conscience of the miracle that once we were blind but now…HOLY COW… We can see! We can breathe! I told them that my addictions, my pride, my impatience, my insecurities and fears, they all make up my cross. And Jesus said “BRING IT, SISTER,” so I’ve decided to wear it on my back for all to see. And I said that the magical part is that my cross is not heavy at all, because I share it with others. Since I don’t hide my cross, other women see it, and offer to help shoulder the load. And any weight that’s leftover is on the back of God. I’m free as a bird.

After I was done speaking, there was some silence, and I was scared. But then the church broke out into thunderous applause. And people starting standing up, one at a time, and many of them were crying. There was a long standing ovation. A standing ovation for Jesus.

And I thought: Well, Well, Well. I didn’t really want to work at a nursing home anyway.

I’ve been telling the truth recklessly about myself and my Jesus at Momastery for a year now, and many other brave women have joined me. The Truth is setting us free, one day at a time.

By Glennon, at Momastery 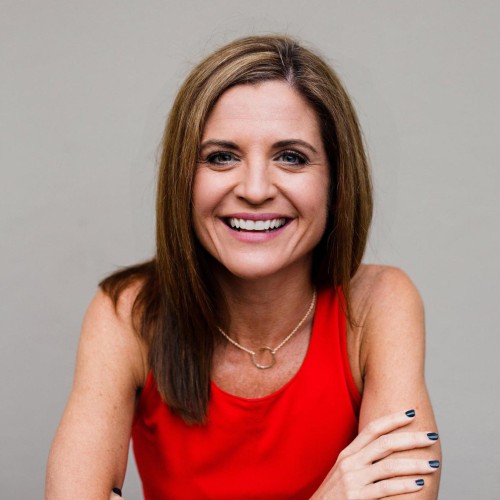 Glennon is a fool and a hypocrite and God loves her anyway. She celebrates this miracle at momastery