“You gotta just try to do every thing you can, when it’s your time to do it.”

I was watching Staff Sgt. Salvatore Giunta, who is from a small Iowa town not far from me, receive the esteemed Medal of Honor for bravery shown in active duty. Sal had told President Obama that he was just doing his job, and following advice he had gotten when he first became a soldier.

During his first tour of duty in Afghanistan, his Team Leader said to him: “You gotta just try to do everything you can, when it’s your time to do it.”

It struck me as the most profoundly simple statement. And while I’m sure it is essential advice for a battlefield, it also occurred to me it’s advice that works in every circumstance for every person trying to follow in Jesus’ footsteps.

And those of his parents.

I am thinking of Mary, frightened and scared, not knowing what to make of this angel standing before her. But she said yes. She did what she could when it was her time to be asked.

And Joseph. Being asked to marry a woman who was pregnant – and not with his child. He was being asked to sacrifice his life and all he had been taught… and he said yes. He did everything he could when it was his time to be asked.

They did their duty. They traveled for the census to be counted. They continually did the next right thing – not because they were promised riches or status or rewards. They traveled, they suffered in a stable to bring a baby into the world without any idea of how they were going to manage next. But they did everything they could, because it was their time to do it.

I hear the story so many times that I begin to assume they knew what the end result of their sacrifices would be. Sometimes I lull myself into thinking I would have made those sacrifices if it meant the Savior of the world could come to do His work.

But then I remember that Mary and Joseph knew no such thing. They knew no more of their future than we do. They didn’t know Jesus would get lost in a temple. They didn’t know he would turn water into wine and heal the sick and bring sight to the blind. They didn’t know their precious baby boy would be beaten and ridiculed and hung on a cross.

They were simply doing everything they could, when it was their time to do it.

It pierces me. It pierces me to know they simply said yes because it was the right thing to do. It pierces me that I, in this life, have so many chances to say yes. It pierces me that every moment of my life could be my time to do everything I can. I may not change the world, but I might change a life. I might be called with an urging in my spirit, and if I choose not to pay attention and act on it, I might miss my moment.

My time to do what I can.

That’s what I am thinking about this Christmas. I’m always overwhelmed and grateful that Jesus came to this world as a baby to save me – thousands of years later – a simple soul not unlike any other.

But this year, I’m wondering how I can be more like Mary and Joseph. How I can do everything I can… now… when it’s my time to do it.

Will you take that challenge with me? Will you look beyond the celebrations and the wrappings and the carols we hum as we busy about our lives – and pay close attention to the little details in the lives of those around you?

Because you never know when it may be your time to do everything you can. 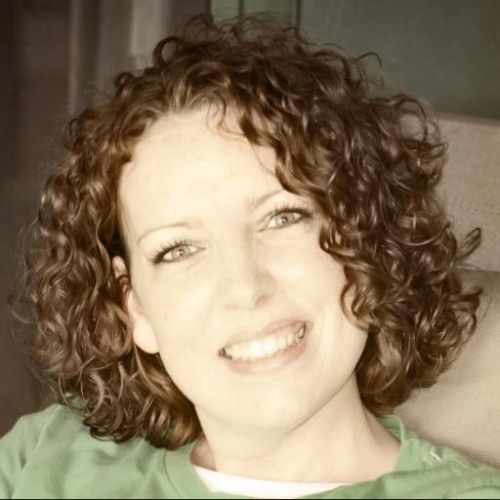 Sara Frankl entered into the arms of Jesus on September 24, 2011, but her legacy of choosing joy lives on. Her blog, Gitzen Girl, is about her commitment to embracing the story God had for her. Her illness stripped her of the potential for a job and family and status,...