Who knew a bug would teach me a lesson.

My son, Austin, captured a cool insect recently for his kindergarten bug museum—a wasp! (Well, his brave daddy did.) Secured in its cage with a bit of foliage and a soaked cotton ball, it made itself right at home aside the other creepy crawlies in my son’s class: a praying mantis, a spider, a caterpillar, a cricket. Most of the bugs were ceremoniously freed a few days later, but Austin is terrified his pet might retaliate with a sting, so no pardoning. Two days after arriving home sweet home, that poor wasp’s wings wiggled no more in the confines of its 4″ x 6″ screened Bug House and our cold garage.

A few days later a froglet suffered the same fate. Austin refused to release it. No, mommy didn’t forget to bring it in overnight so it wouldn’t freeze to death. I just figured it would appreciate the fresh air! Whoever’s to blame, we found it motionless on that wet, cold cotton pillow.

Next we caught a centipede in Austin’s tub. (Well, brave daddy did.) Did you know they can live a six-year lifespan? Wow! Unfortunately, destiny wasn’t on its side. Yep, not a single one of those 100 legs was going to tickle the wooden floor of that Bug House again. Mr. (or Ms.) Centipede joined the bug morgue. I must admit, that froglet tugged at my heartstrings a bit, but that centipede didn’t pluck one string.  I hate those buggers! Besides, anything with that many legs has no business trespassing in our home.

Before you wave your PETA finger, can you blame an only child for wanting to keep these critters? Maybe it’s time to buy our son a pet. But given our track record, the salesperson might deem us unfit guardians if we decide to adopt a REAL pet! We can’t even manage to keep a centipede alive for a few days; can you imagine the sorry fate of that dog, cat or guinea pig we bring home? (And just picture us trying to squeeze one of them into that miniscule Bug House. It would be absolute torture.)

After these fiascos you’d think our bug-capturing days were over. Not so fast. How could we let that cute little grasshopper hop along its merry way? This time, however, we refused to let history repeat itself. We made a pact that after we’d examined this bug under the magnifying glass for a day or two, we would set it free. So 24-hours later, despite my son’s protests, I placed the cage on a patch of grass, slid open the trap door and said, “Hop little grasshopper, hop, be FREE!” Then we waited and waited and waited, but it didn’t move. Not one single hop. I beckoned, “Freedom awaits you, it’s just one little hop away!” But that silly grasshopper wouldn’t budge. Austin grew impatient, so he retreated inside to guffaw at SpongeBob cartoons instead. I soon followed.

The next day we gathered again at that grass patch, expecting to find an empty cage. Much to our dismay, the grasshopper was still visible. (But to our relief, its antennae still wiggled.) So I checked the trap door. Still ajar like I left it. “What the heck? Why doesn’t that dumb grasshopper realize freedom is just a hop, skip, jump away. It’s no longer trapped. It’s no longer a prisoner. It’s FREE!”

Another day passes and that foolish grasshopper is STILL there. With palms flanking hips, I ask myself, “Does it like this cage? Has it grown comfortable? Can’t it smell death in its wake? Maybe it’s blind and can’t see the open door. Or maybe it can’t smell the fresh blades of grass inches away. Perhaps it’s deaf and can’t hear its daddy calling it home.”

God focuses a magnifying lens on my life and captures a 4″ x 6″ snapshot. I am that blind, anosmic, deaf grasshopper! I’ve been imprisoned—behind walls of self-sufficiency, pride, fear, insecurity, anger, self-righteousness, guilt, shame, unforgiveness—when God’s redemption is just a hop, skip, jump away. Will I stretch my complacent legs and take that leap of faith, once and for all, and trust Him totally, completely, wholly?

The next day the cage is empty. The grasshopper is free. 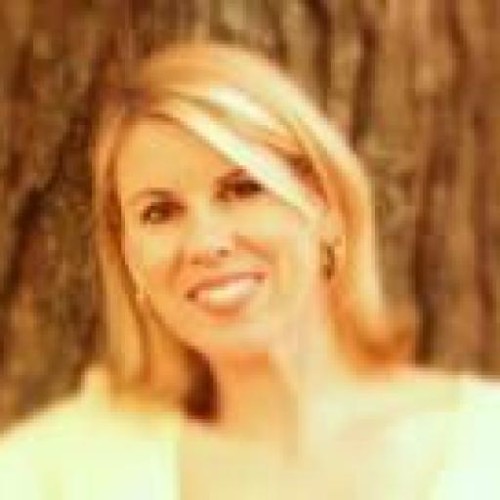 Karen Naber is writing/illustrating her first book for broken, cracked pots like herself. Her CD “Deeper” will debut soon. She’s imperfect, but perfectly loved.