I was 23 years old and pretty sure I was past my prime.

Perhaps I had read too much Anne of Green Gables, absorbing ideas of spinsterhood far removed from my time and culture.  If God doesn’t grant me husband, children, how, I wondered, could I be saved through childbearing? (I Timothy 2:15)  I dragged a hand listless as I walked through the wheat field bordering my father’s homestead, kernels hard husky under fingers, rough, gritty, almost biting.  A tinge of pink at the base of the wheat heads.  A month yet till harvest.

I invoked God unwitting, without pondering my words or their import.

If you want me to be married, I whispered – flippant – you’re going to have to make it really clear to me.

Otherwise, I’m going to assume I’m supposed to be single.  A missionary perhaps? Or married to my career, finding ways to glorify Him here, in a prosperous, ponderous nation?

And so I nearly fell over dead with shock when I held my husband’s hand – innocent, outside the context of friendship much less romance – while we prayed over a sick child.

We two in the ceil blue scrubs, at the changing of the guard, day shift into night shift, beckoned by family to join the intercessory prayer that had both of us shifty-eyed and looking for an escape.  His large hand gripped mine, his palm hot, nails bitten down to their quicks.  A current shot through me that spoke clarity into a sluggish, angry, and hopeless dream.

He told me, one day of our short engagement, that he knew his life was going to be hard.

Something had spoken tragedy deep in his soul, and he knew his role in health care and hospice was a harbinger for personal hard times.  I breathed a sigh of relief, and a flood of words escaped, long dammed up by social mores and fear.  A heart condition – I have a heart condition.  I had heart failure once.  They told me I was terminal and I was on the heart transplant list.  A year ago my heart stopped and I only came alive again after they sent the electricity through me with the paddles. Not sure why God healed me.  I’m never going to have children of my own bearing. He smiled, and that hot palm found my shivering one, and the clasp was reassuring.  That’s okay, he said.  It’s you I want, not your babies.

We had four of those babies, miracles birthed from my own broken body.

I learned the lessons of I Timothy 2:15 as I beat my fists against that beloved man’s chest when he wouldn’t allow me to return to work.

Deeper still when I was diagnosed with cancer and my entire life felt like a mirage…something promised that would never be granted fruition.

He ripened me,  making me surrender everything and trust that He has me in His grip…my husband and children, too.  It’s me He wants.  And He’s got my babies taken care of.  I walked through the same wheat field a few weeks ago.  It’s been 8 years, and the field is ready this time.  The blond hairs of the stalks tickle my palms and I think how God has taught me not to invoke the All-Consuming Fire lightly these days.  How much more personal God is, the closer to the harvest you get.

Listless has become joyful.  Impulsive then,  purposeful now; I was impatient at 23…at 31 I am sober and slow and savoring every moment.

…unless a grain of wheat falls into the earth and dies, it remains alone; but if it dies, it bears much fruit.  (John 12:24)

By Genevieve from Turquoise Gates 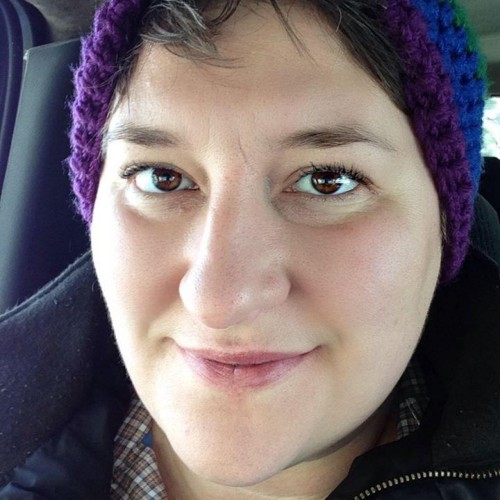 Genevieve is a nurse educator now working online, laying it down for Christ as a chronic cancer patient, loving life with her soulmate and their 4 kids born in 4 years. She keeps a daily blog about the life of the suffering Christian and is a freelance author for a...