It is hard to believe that a year ago today we were in a totally different place.  My husband like many around the nation lost his job of 11 years in September of 09.  We immediately went to prayer and had many others praying with us.  We began networking and letting everyone we know, that we were looking for a job.  We started the resume process and followed every bit of advice we could from “job searching experts”. Although the economy was tough, we prayed that my husband’s time unemployed would be short and that we would prevail as believers and get a job quickly.

However, that didn’t happen, and for the first couple of months we barely received any phone calls.

Everyone we knew was getting the word out, even our pastor took our resume to pass out, but still nothing. His old company gave us several months’ membership to a career management expert to help with resume and interview skills. His old clients cared for him so much, that, even they made phone calls to higher ups and other employers but NOTHING came.

We begin questioning everything;

Didn’t God call us to homeschool?

Did he want us to keep our home, should we put it up for sale?

Should I look for full time work?

And on and on the questions went.  We truly just wanted what HE wanted for us, but at times we didn’t know what that was.

Although things looked bleak, God was so good to us.  When people say you are the closest to HIM in the valley they mean it, we clinged to God during those months and we saw the most amazing things happen.  We never asked for money from anyone yet it poured in on many occasions.  One particular incident was a co-worker of my husbands that was still with the company that barely knew him sent him a facebook message one night telling him that God laid it on his heart to send us money, a few days later 500 dollars showed up in the mail.

I could write a book on all the blessings God gave us during this time.

After 5 interviews and 400 applicants with a particular company my husband got a job in August 2010, almost a full year later.

We learned as a family to give every need to the Lord, sometimes even a want. I recall one time I prayed for a grill, I told the Lord I knew I didn’t have to have it but we enjoyed grilling out so much and ours broke that if HE saw fit maybe one would come our way. One week later my father in law called and said he saw grills on sale and thought of us and bought it, we never even mentioned our want of a grill to him.

My kids learned that we needed to depend totally on God for everything in a much deeper way and when they saw such incredible answers it deepened their faith.  We learned most of all that a job is one way God meets our needs but it is not our provision.    Sometimes even as Christians we forget that putting our faith in our jobs, our family, or other things will let us down and that HE is the only thing that never fails us.  I always say that I never want to come out of a trial the same woman, what a waste that would be.  I want to come out stronger, wiser and closer to my Savior and 2010 certainly did that for me! 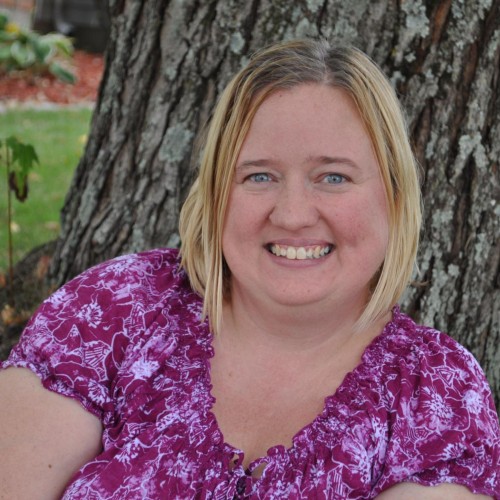 Angela Richter is a wife and a work at home homeschooling mom to three children. She is madly in love with Jesus and enjoys sharing her faith, homeschooling, family and product reviews on her blog at Angela’s Analysis! She is also known as a resource junkie who loves to share...