You’re head knows the Truth but try telling your heart. That our lives are seen when no one else notices. Straight from our farm this week He showed me how love hurts.

It wasn’t a typical morning. This day, I was cow-herding with our neighbor-dairy-farmer friend who was here as a favor. One lone cow was all I needed but this is tricky business. Made especially harder when you have little helping cowboys.

And I have one wrangler who moonlights as a knight and he took his position on the trampoline near the commotion. Sword saber in hand, imaginary battles commenced as he jabbed, twirled and pummeled the “enemy”.

But the battle was near nervous cows.

So a cease-fire was ordered and he made a dejected but grumpy retreat while I wrestled the cow away to its trailer. Then, I went and found my son standing silently in the house, scowling and downcast.

And I wrestled with my impatience. I wanted to hurry and get back on track. Try create some sort of order from a schedule that was now out of whack. Instead I’m dealing with a skirmish and I wanted to wave the white flag, or fire some rounds.

But then I caught a glimpse on his face, a telling sign I’d missed earlier and recognition registered.

His knightly battle display on the trampoline was really his heart up on a stage, putting on a show just for us.

His sad eyes told the tale. How I’ve been mirrored there. How we’re all mirrored in there one way or another.

We’re kin to David and threaded to the throne of Christ because we’ve known a day where “scorn has broken my heart… I looked for sympathy, but there was none, for comforters, but I found none.” Psalm 69:20

We’ve twirled something special for someone to notice. Poured our heart into it and quietly waited on the sidelines, because we did it for them. But a comment, a situation, or silence comes along and we ended up feeling like we’re just bothering cows.

Being un-noticed doesn’t take much to hurt.

It could be friends getting together without you. Or everywhere someone is having a baby, except you. Or you need to be where they are because you’re missing it.

Then there’s the friend who never has time for you. Or isolation all day with a silent phone and dead quiet. No text, no email, no tweets, no Facebook messages (or the fact you don’t have Facebook while everyone else does). Like everyone’s communicating in a code you’re not privy too and you fell into a black, friendless hole camouflaged by a life passing you by.

But you are noticed. Perhaps the group we feel excluded from is more about our hunger for a True Friend. Perhaps the unborn baby isn’t just about the womb, but how we’re a Spiritual birthing place for those around us. Perhaps all the empty social media plugs is more about our need to communicate with Love. The possibilities are endless with “..the God who sees me”. Genesis 16:13

All our un-noticed moments are turning points back to our first Love. A time for detours and go where love burns. It’s more than bossing our hearts around, it’s about striking the match and becoming part of the Flame.

“Place me like a seal over your heart, like a seal on your arm; for love is as strong as death, its jealousy unyielding as the grave. It burns like blazing fire, like a mighty flame.” Song of Solomon 8:6

By Tammy, If Meadows Speak 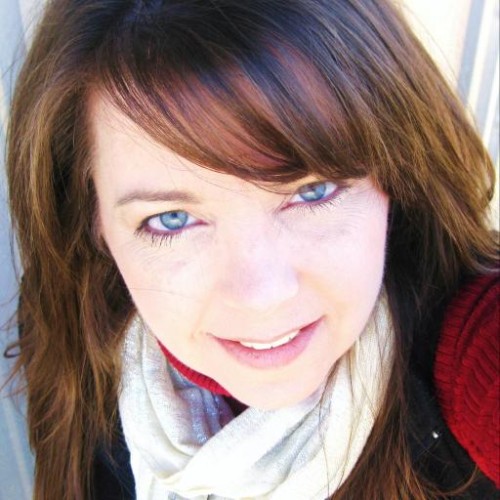 Left a big house for a ragtag farm, lives among debris with two (cow)boys, dreams with Hubby, hears creation in meadows and sings His redeeming song