I still remember the first time I was confronted with grapefruit. My family was visiting our great-great Aunt Helen and Uncle Harold in Tampa, Florida. It was breakfast. We were sitting in their dining room that overlooked the Bay. On our plates were halved grapefruits. Along side were wooden handled spoons, which had a serrated tip for cutting the grapefruit. At the age of five the only thing neat about this breakfast was the spoon.

There we sat around the table- Mom, Dad, Marilyn, Uncle Harold, Aunt Helen and GG (my great grandmother).  I stared down at the fruit. It smelled good, but I couldn’t be fooled ; it was sour and I knew it. That day I ate toast, avoiding the grapefruit, which is a shame. My Uncle Harold was a citrus farmer before retirement. I’m sure he knew how to pick out the tastiest grapefruits. But when you’re five those kinds of things don’t seem important.

Fast forward. I am now thirty-four, a mother of three who has gained an undesirable amount of weight. I know that one way to discard those pounds is to avoid sweets. Anyone who knows me, knows this is nigh unto impossible. I enjoy a good chewy brownie, a bowl of ice cream, a freshly baked cookie – you name something decadent and I probably love it.

Over the last 3 weeks I have tried to say no to desserts. It’s been really difficult at times. However, I have found a saving grace. Grapefruit. Not long ago as I walked through the produce section of the local Publix, I noticed them. They called out to me and for some unknown reason and I purchased a whole bag. That’s right – a bag of 10 grapefruits.

When I got home that night, my family indulged in a treat, while I prepared a grapefruit. Now, I must confess that I used a little sprinkle of sugar on mine.  But, as I took that first bite, something happened. I can’t define it – I can’t describe it. But – I devoured it. It was better than candy or chocolate or ice cream. A piece of God’s nature satisfied a craving that had been taunting me.

I’ve been thinking about the experience. I know that to be the woman that God wants me to be, I have to lay aside this weight. Not just the physical weight, but also the temptation that haunts me. Sometimes it feels like pounds hanging around my neck.

There is a Scripture that means something sweet and fresh to me today:

No temptation has overtaken you except such as is common to man; but God is faithful, who will not allow you to be tempted beyond what you are able to bear, BUT WITH THE TEMPTATION WILL ALSO MAKE THE WAY OF ESCAPE THAT YOU MAY BE ABLE TO BEAR IT.

In times passed I focused on the “able to bear” part. And I would wonder – “God, I can’t handle this temptation any more. Why can’t I say no to these foods that aren’t good for me?” But I think I understand.

Before time God knew about me. He created me. He knew what my struggles would be and He knew what I would need to conquer them. On the day of creation when he created the earth’s vegetation – he created Grapefruit. Somehow as I reread that Scripture today it seems as though he created it just for me. He promised that He would make my way of escape and He did.

Thank you God for creating such a delicious escape! 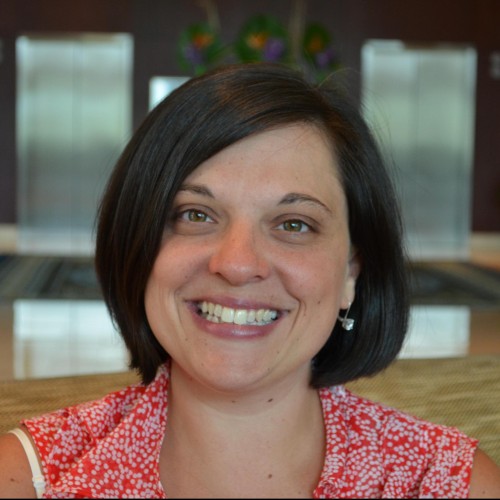 Melody is a wife to Michael and mother to Emily, Isaac and Mackenzie who calls Chattanooga home these days.She blogs about ordinary life with Psalm 119:57&8 in mind.