I used to dread the days when my classmates had to select teammates during high school Phys Ed. If you’re the no-so-athletic type, you’ve probably had many nail-biting moments where you silently begged God to not be the last pick.

Then came the day when I was not even picked. The people beside me were selected, but it was as though I were invisible.  Without the slightest effort on my part, I was passed over as though I wasn’t even there.  I thought I was imagining things. Group after group went up for their allotted dodge ball round, while I sat off to the side with the others.  They were awaiting their turn; I was pretending to await my turn.  Then my friend realized that while everyone else seemed to play, I was still.

“Why aren’t you playing?” she asked me.

Before I could answer, her eyes bulged out, and her hand flew over her mouth to hide her audible gasp.

“You were never picked!” With that statement, I was somewhat relieved that I wasn’t imagining this situation.

I wondered how it was possible to stand in front of teenagers and adults and have absolutely no one notice me.  I was fully present in class that day.  I wasn’t trying to hide or make excuses to get out of class.  I was there, but was given the treatment of one who was invisible. Nobody should have this experience.

But if God himself has taken up residence in your life, you can hardly be thinking more of yourself than of him.  Anyone, of course, who has not welcomed this invisible but clearly present God, the Spirit of Christ, won’t know what we’re talking about. [Romans 8:9, The Message Bible]

During my high school years, I sometimes made the choice to be invisible.  At school, in front of my peers, I kept my spiritual beliefs quiet, never wanting to be the odd one out.  While I didn’t act like a rebel during school hours, I didn’t look for ways to speak up or be an active witness for God either.  I mistakenly thought I was doing more good than harm by not standing out.  I was more concerned about myself; how I looked.

That awful feeling I had in gym class?  That’s exactly what I was doing to God by keeping Him invisible in my life.

Thankfully, I have grown up since high school.  I am no longer afraid to say that God does indeed live in me, and plays a major role in my life.  His effect is so huge that I couldn’t hide it even if I tried.  I’ve learned that it’s okay to not have all the deeply spiritual answers for all possible questions.  I know Who to point people to for their answers.  I don’t stay invisible, putting a damper on God. Everyone should experience the joyous embrace of God’s love, mercy and grace.

God may be invisible, but I choose to be intentional about His presence in my life.

By Sabrina, …And Then Some! 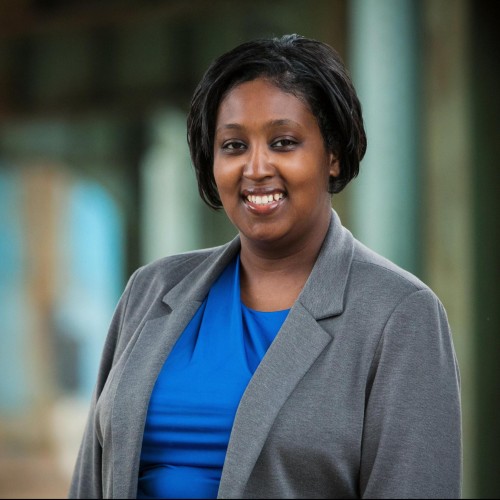 Sabrina is a stay-at-home wife and homeschooling mom of 4 little darlings. God has used various circumstances, events, and people to transform her heart and show her glimpses of His amazing goodness. Writing and sharing words of encouragement is her lifelong passion. Though life is full, Sabrina always makes time...