“Ah, Sovereign LORD, you have made the heavens and the earth by your great power and outstretched arm. Nothing is too hard for you. Jeremiah 32:17

I was making cupcakes to take to the teachers and neighbors but realized I was out of vegetable oil after I start mixing. I told the kids we would have to ask our neighbor Mrs. Sarah for a half cup of vegetable oil. My kids jump at the chance to go visit the neighbors, so my son starting putting on his shoes right away. “I’ll do it! I’ll do it!”, he said quickly before his sister could offer. “Slow down.”, I told him. “Do you know what you are asking for?” He looked up from putting on his shoes and said, “Yes? A half a cup of fish to boil?”

“How great you are, Sovereign LORD! There is no one like you, and there is no God but you, as we have heard with our own ears. 2 Samuel 7:22

We get in a hurry sometimes. We rush into a task or something that seems like a good project without getting a clear picture of what the Lord needs or wants from us first. We forget that God is sovereign. His plan should come before ours. We don’t stop, we don’t ask, we don’t pray for discernment and we don’t listen for His whisper – – – we rush, we decide without His input, we try to rule our territory.

He was driven away from people and given the mind of an animal; he lived with the wild donkeys and ate grass like the ox; and his body was drenched with the dew of heaven, until he acknowledged that the Most High God is sovereign over all kingdoms on earth and sets over them anyone he wishes. Daniel 5:21

Hundreds of times in the Bible we run across the phrase, “Sovereign Lord” when God is addressed (especially in Ezekiel). Have you ever thought about what that really means? Sovereignty is defined as “the quality of having supreme, independent authority over a geographic area, such as a territory”. I have read this word thousands of times when studying scripture, but it is tough to give a biblical definition of this word. In fact, sovereign is really more than a word – it’s more like a concept when it relates to our Lord and Savior. We often hear, “God is sovereign.” but what does that really mean? Some other definitions of sovereign include: supreme power, dominance, and absolute superlative quality. Some synonyms include: all-sufficient, irresistible, overwhelming, jurisdiction and mastery.

My favorite is irresistible. Isn’t God irresistible?! I have found that His sovereignty, His mastery, His all-sufficient and His dominance is irresistible. Did I ever think I would say that? Honestly, no! For so many years I wanted to remain in control of my life. I wanted to be in absolute control of my actions and decisions, but He patiently waited on the sidelines while I fumbled, tumbled and messed up. That is what happens when we try to rule our territory instead of letting our sovereign God do it. Are you ready to accept his sovereignty?

When they heard this, they raised their voices together in prayer to God. “Sovereign Lord,” they said, “you made the heavens and the earth and the sea, and everything in them. Acts 4:24

Encouraging all women to see God in the ordinary 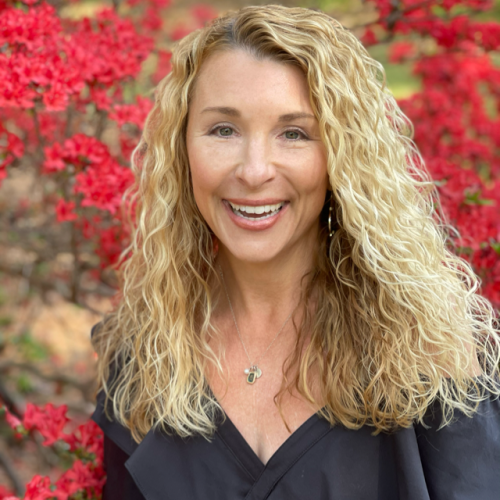 Allison’s passion is to share with others what she has discovered about finding God in the ordinary. She is a speaker and author of The Whisper of God, In the Mi[God]dle, GodChick Devotions and Revision of a Heart. She is also the wife of a wonderful man who loves her...