We cut it down, and placed it on the brush pile, a funeral bier, an altar that would soon reduce the offering to ash and smoke. Now, it was just a broken branch of deadened dry needles, but, once, not long ago, it had bestowed beauty, from fragrant pine needles, dripping a cedar sap of savory scent. Back then we didn’t know that it was destined for offering, for aromatic ascension.

One evening, after the harrowing thrill of a pummeling hailstorm passed, this cedar tree gave me a gift. Admiring the icy diamonds scattered in the yard I caught a whiff of Christmas. Fragrance transports you through the years like a daydream from the dusty corners of delightful memory, and I visited a long-forgotten moment of holiday bliss, lying under another cedar tree, breathing the aroma of Christmas.

I wondered, “Why would it smell like Christmas after a hailstorm?”

My interest piqued, I kneeled to examine the hail stones, to breathe a melting nothing of a disappearing moment. As the invisible ice dripped from my fingertips, I followed the fragrance to the cedar tree, the weeping cedar, beaten and bruised by the hailstones, crying the aroma of brokenness.

O, beautiful fragrance of fallibility, aroma of vulnerability as I discovered the secret of the scent. Like wisdom permeates the brain at an inspired moment, understanding wafted into my spirit like the perfume of the pine. The mystery of the beauty of the bruises is in the fragrance of the ascending offering.

”But he was wounded for our transgressions, he was bruised for our iniquities; the chastisement of our peace was upon him; and with his stripes we are healed.” Isaiah 53:5

This tree had endured a prior scourging by ice in the infamous ice storm of another winter, when  horror cried out in the echo of cracking Ozark forests, the beginning of slow death for this cedar tree. Like the taste of the forbidden fruit, the slow sensation of the curse of death began when the mast of the tree was cracked by the burden of that first icy beating. The terminal TIMBERRRR slowly began, but before the final felling, the evergreen gave me the gift of its tears, weeping a fragrant final offering of the beauty of brokenness, ascending as a sweet fragrance through the forest.

As the pounding of the hailstones bruised the evergreen, releasing the fragrance, so the buffeting of life’s circumstances releases the fragrance of perseverance and victory in our lives, as we allow praise to ascend as our fragrant offering of faith.

Have you experienced the release of a fragrant aroma in the midst of the pummeling of life’s buffeting bruises? Have you noticed that praise is the perfume the transforms the bruises into beauty, the ashes into aroma as you press past the pain and discomfort of your present distress to release all the hurts? Break open the alabaster aroma of pain, and release it, as a sweet and fragrant offering on the altar of trust and forgiveness, and it will waft heavenward, a release of pain in exchange for joy, carried on the winds of faith, as a holy incense, a worshipful sacrifice pleasing unto the Lord.

By Shari Popejoy, Won Without Words 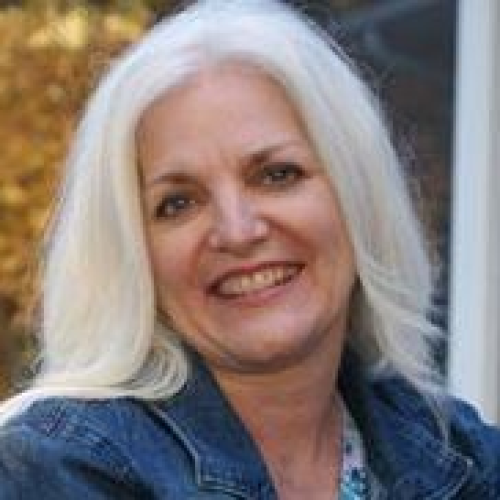 Shari Popejoy, author of 8 books, lives in the quiet country of the Ozarks with her husband Marc, and their 3 children. 27 years = Won Without Words!