The jeweler and I huddled over his velvet-lined tray, arranging and rearranging the seven charms. “Where did you get them?” he asked.

“I’ve been collecting them for a few months. There’s a charm for each of my grandchildren. The baby’s name is Sawyer, so the saw stands for him. Ayden’s daddy died when he was two. Every time he visits, he wants to play with army men and wear his dad’s helmet, which hangs on the wall near the flag case.”

The jeweler stopped fiddling with the charms and looked up at me. “Carly loves baby dolls,” I continued, “so I chose the carriage for her.  Phil loves to play football. Cadence is our little drummer boy—both his parents are musicians. Jeffrey never goes anywhere without his ball cap. And Jordynne is our fashionista.”

“And the bracelet? It doesn’t look new.”

“It was my grandmother’s first, with charms for all of us. When she died, my grandpa gave it to my mother, with a charm for my daughter. As her grandchildren arrived, she added charms. Now Mom’s gone, so….” My voice trailed.

Clearing my throat, I said, “Two of my grandchildren are coming later today for a barbecue.”

“If you’d like to wait,” he said, “We can attach all these charms to the bracelet in about ten minutes.”

I thought, as I waited, about choosing the charms, reflecting on each child’s character as I made my selections. I delighted as I imagined the light tinkle of the charms as I moved, making music like my grandchildren’s laughter. Maybe, at work or at church or in the grocery store, someone would ask about the bracelet, and I’d have another chance to talk about the beautiful grandchildren who bless this season of my life.

I never considered what the kids would think.

Later that day, Carly sat on my knee and grabbed at the bracelet. “What’s that?”

“This is my Grandma Bracelet. There’s a charm on here for each of you. See this little baby carriage? I picked that one for you, because you love your dollies.”

Her brother darted over. “Which one is for me, Grandma?”

He touched the drum.  “And this one?”

We inventoried all seven charms, naming every cousin.

As the sun slipped low over the hills, Carly returned, pigtails bobbing as she trotted my way.

“Show me my baby carriage,” she begged, tugging at my bracelet.

I pointed to the carriage. She touched it, smiled, clambered into my lap. I sighed as she threw little arms around my neck and squeezed. I held her tight, feeling her big heart beating against mine.

That night, after our house had emptied and the laughter had stilled and we’d gathered up the stray army men, crayons, and juice boxes, I unclasped the bracelet.

Tears snuck up on me. “What’s the matter?” my husband asked, his arms steady around me.

“When I did this,” I said, shaking the braceleted wrist, “ I thought about Grandma and Mom and me and tradition.”

He mistook my tears for grief. “Missing them?” he murmured.

“No. Yes. It’s not that—“ I snuffled, breathed, found my voice again. “I didn’t expect it to mean something to the children.”

And then it struck me:  God doesn’t just redeem our mistakes and hurts for good. He loads bonus good onto our joys, too.

And we know that God causes all things to work together for good to those who love God, to those who are called according to His purpose. 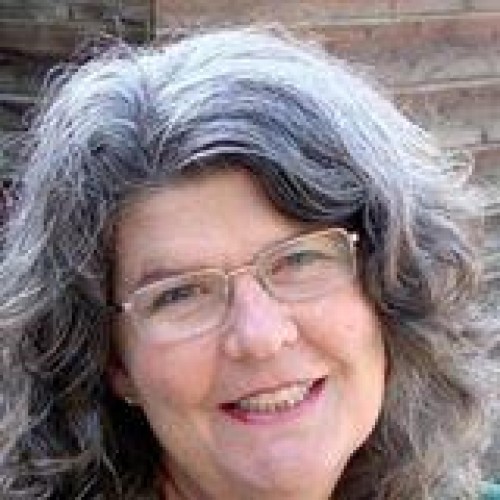 Sheila worships, lives, and writes in rural Southern California with her husband Rich and their three dogs. She spots God everywhere.