She sat quiet and still with such deep pain etched on her face, it hurt to look at her. She did not say a word but her lack of speech said plenty. It said that she was having a hard time sleeping again. It said that she was feeling alone and sad and angry. It said that she wanted to crawl into a hole and protect herself from everything around her. It said that every breath that tore through her lungs was just a reminder that a tiny infant she carried for eight and a half months…never breathed.

She was bleeding raw with a wound so deep and jagged it will be impossible for it to ever be smooth. The rough and ragged edges will heal slowly with a constant ache. Forever, the person who she is, who she was, will be marked by that pain.

And she’s not the only one.

One after another, I hear the wounds and see the scars and feel the sickening drip of bloody pain. It’s the story of life on this sinful broken earth and it is horrible and wrenching and angering.

I wish… no, I long for some way to explain things. Some secret hidden key to unlock the horror of seeping festering wounds.

A Bible verse. A principle of discipleship. Something. Someway to prove that God has a “happy” thing to counter this depth of sadness.

But guess what? There’s not.

We don’t have a God who says, in the middle of horrible pain, “I did this because…” There is no explanation. It’s not because someone was good or bad or deserved it or didn’t deserve it.

And there is no “happy” thing to fix it. For nothing can.

Not another child. Not another dream. Nothing actually replaces what is lost.

Everyone else might forget but the scar-bearer always remembers.

Yet, even in the middle of this raw grating pain, we do have a God. And he does speak, although sometimes we miss it. He doesn’t offer explanations but something entirely different.

I’ve never had to face the death of a child but I have experienced my own tastes of death. I’ve looked at the horrible and not known what to do. I’ve raged and ranted and screamed, asking why or why not, then crumbled into a heap at God’s feet begging for explanation… and I’ve felt His tears and I’ve heard His voice.

My ideal is to be protected from pain and to help protect others from pain. But God cannot be molded into my ideal. He is who he is.

He hasn’t changed since then.

And for some reason, this God who IS, the one who created us and loves us, is not afraid of pain. He faces it and He lets us face it.

So those moments that should never be… are.

They were for Adam and Eve, for Abraham, for Job, for David, for every generation since and even for God Himself. So, it makes sense that I will face them and my friends will face them.

So we must cling to the truth. The only truth we have. That our God, the one who IS, the one who created us all, who loves us all… knows.

And we can believe, even in the face of life-altering scars that our Scar-Bearer, Jesus himself, will never leave us nor forsake us.

Beloved, think it not strange concerning the fiery trial which is to try you, as though some strange thing happened unto you; But rejoice, inasmuch, as ye are partakers of Christ’s sufferings; that, when his glory shall be revealed, ye may be glad also with exceeding joy.  I Peter 4:12-13 (KJV)

By Natasha, To Live For Him 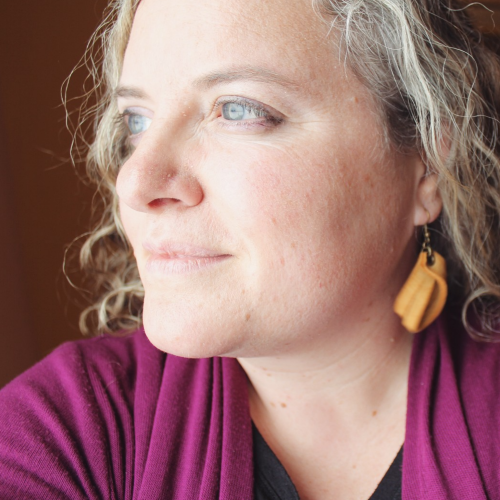 Natasha is a farmer’s wife who bears her own scars and finds her healing in the King of kings.