I don’t know who said you couldn’t, but they were dead wrong.

You could be death wish over a toilet, a flagrant sinner over a credit card, a Pharisee over a pulpit, and it doesn’t matter.

It doesn’t matter a hill of beans.

And it’s a hill I’d die on, because that’s exactly why a Carpenter really did: whoever you are, wherever you’ve been, whatever you’ve done and whatever story you own — you can always come home again. 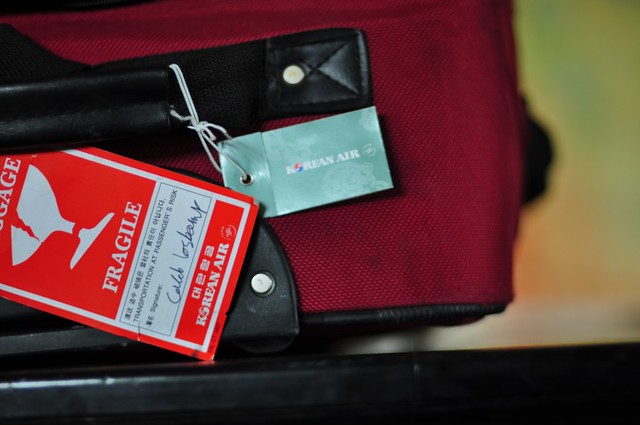 Waiting at the gate, looking for him, it’s why I’m thinking about a bone marrow transplant —

so he knows the truth of that right in the center of his bones too.

I keep craning the neck every time that automatic door slides open, looking for those blue eyes of his behind ever swollen suitcase.

Watch the arriving flights blink up on the screen.

Heart ballooning joy when I see that the Indonesian flight via Seoul flight had landed and he’s here. He’s somewhere under this roof. 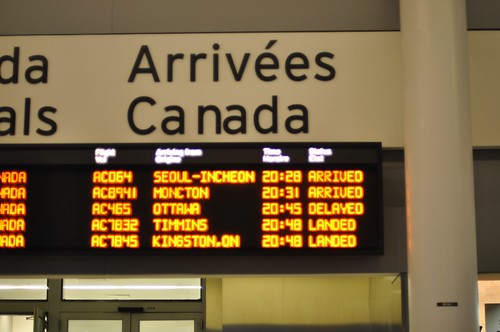 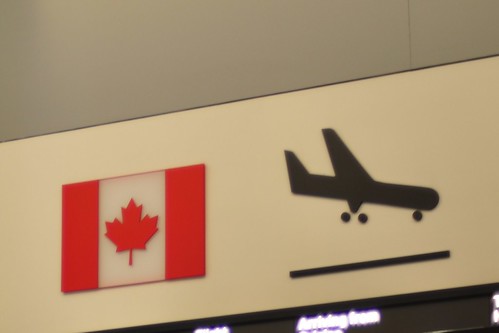 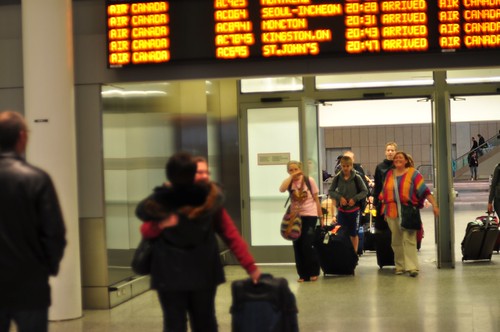 It’s like labor and delivery all over again and I just need a door to open up so I can behold his face.

Why hadn’t someone told me that a mother’s labor and delivery never ends and you never stop having to remember to breathe?

He should be at baggage claim by now. Did the father of the Prodigal son, did his neck strain like this?

What if a son comes home with no news that any father wants to know?

When he walks through that door, I don’t care what I look like and, I’ve witnessed it — mothers can be hurricanes of happiness. I descend. Fling arms open wide and it catches him off guard; he flashes a grin, a grace, “Hey Mom.”

How can just that one “Hey Mom” be so unexpectedly, exquisitely vulnerable?

How can you look up to your child and see right there, the same infant you swaddled close and how in the world can time have anything on the wisdom of mothers who refuse to let any circumstance cloud their memory of that first love?

And no, I don’t get any snapshots of any of this; sometimes the best way to frame a holy moment is to simply live fully in it.

We talk at the same time. I ask him how the missionaries were, how his uncle and aunt running the quest house were, if he remembered to change his shirts.

He tells me that he had mudfest down at a river, worked with men wearing nothing but body paint and a dangling gourd, and he lost his boarding passes for one of the flights in Indonesia but they let him on board anyways.

He’s grinning like his father, like he knows it now, that the worst mistakes can be just the beginning the best memories. I think he’s at least an inch taller.

His nose is peeling from how many days in the sun. Why do kids keep molting into someone new? 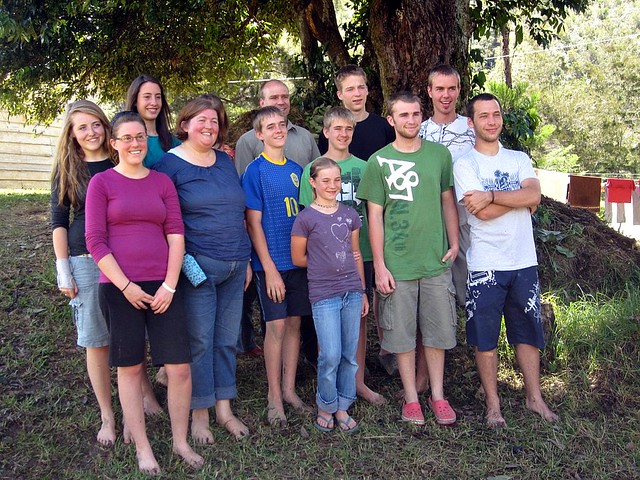 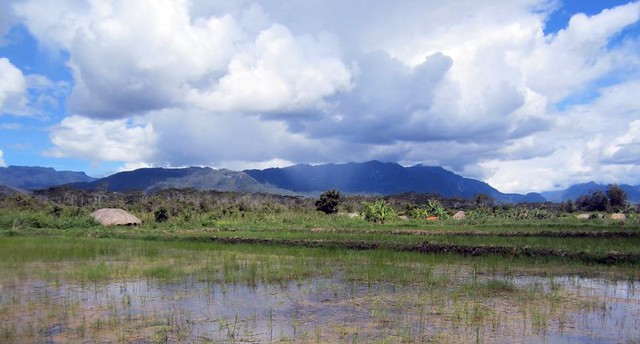 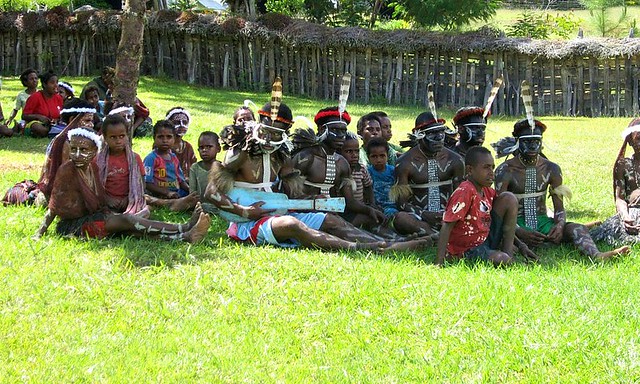 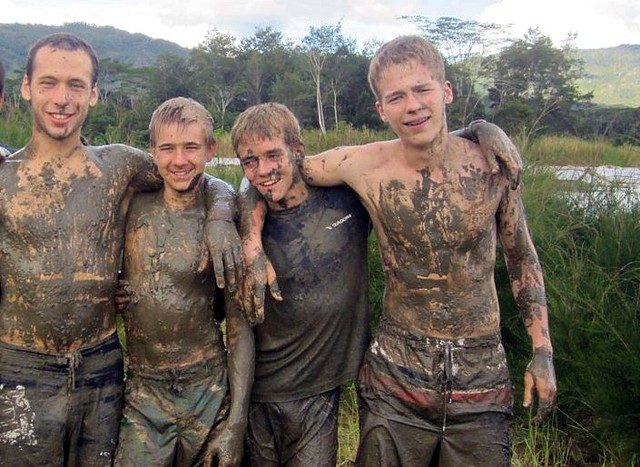 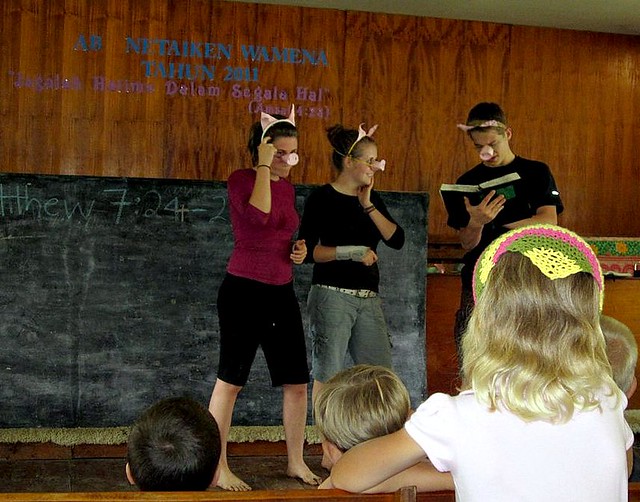 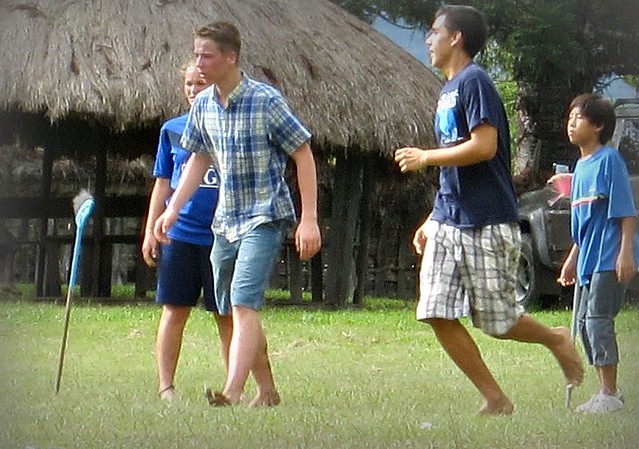 All the way up the escalator, he tells me of teaching Bible stories to kids up near the tribe and I’m listening and I’m not and he stops.

“Mom?” he steadies his luggage on the steps. “What are you thinking, Mom?”

It’s so good to hear his voice.I don’t want him to stop talking. And I look at this boy taller than I am, browned with the sun of the world, and what I want to tell him is that I’m thinking of when he was two.

When his father would throw him high up and away, straight into the air, and he’d belly laugh, suspended in full space just for a moment, just above us. And I’d touch his father on the shoulder and say, “Be careful — just don’t lose him.”

“Look.” His father would say, arms outstretched. “Look how I just have to open my arms. And he comes back to me.” And he’d fall into his father’s arms and together they’d laugh in the reunion and I can still hear them. “Just keep the arms open. He always returns.”

I know there are no guarantees that anyone comes home again.

I know sometimes what messes our life up most — is the expectation of what our life is supposed to look like. Entitlement can leave you feeling entirely empty.

I know the He only means everything to reshape us and nothing to reduce us.

“Just…” I reach over to pick up his bag at the top of the escalator and I don’t know how to say this or why it even matters because he’s just come home from a mission’s trip and his eyes are all lit and he can’t stop smiling.

He’s hardly the prodigal but I want to kill the fattened calf and celebrate the miracle of return and how do I make sure he always knows?

“Just — no matter what story you’re carrying,” We pause at the top of the stairs and I reach over and grab his arm, the closest thing I’ve got to a bone marrow transplant. “Know you can always, always, always come home.”

Who, if you knew their whole story, wouldn’t you love?

Because I”m the Prodigal.

I’ve been the Wayward Prodigal Parent. Prodigal in the negative sense. The wasteful one. Irresponsible in my spending.

The Prodigal Parent who’s extravagantly wasted too many gold moments, too much priceless time, too much of my spiritual inheritance on the blinking and the shiny and the fleeting. He takes his bag from my hand and I have no idea how his shoulders got so broad. We only inherit so much time.

How do you live so that when your kids think of the Grace of the Gospel, they think of you?

That’s the crux of the thing: By being the Wholehearted Prodigal Parent. Prodigal in the positive sense. The lavish one. Extravagantly, sacrificially abundant in my giving.

The Prodigal Parent who lives this lavish mercy, this opulent, offensive grace.

I look over at my boy come home. Why hadn’t someone told me that parenting was less about avoiding prodigals but more about becoming a better Prodigal parent?

“Mom?” Our son’s walks ahead of me towards the parking garage. “When we get home, I’ve got to tell you all this story about the blow gun and the rats.”

I shake my head, chuckling. His father will laugh, I know this.

His son whose flown high up and away, falling back into his open arms.

That would be the last picture he would show us from his travels, the photo of the church there in Indonesia.

And I would trace my finger over it and our son, he’d flash that grin, and we’d laugh again.

That rainbow would arch over everything, all us fallen ones —

falling back into the arms of the Prodigal God. 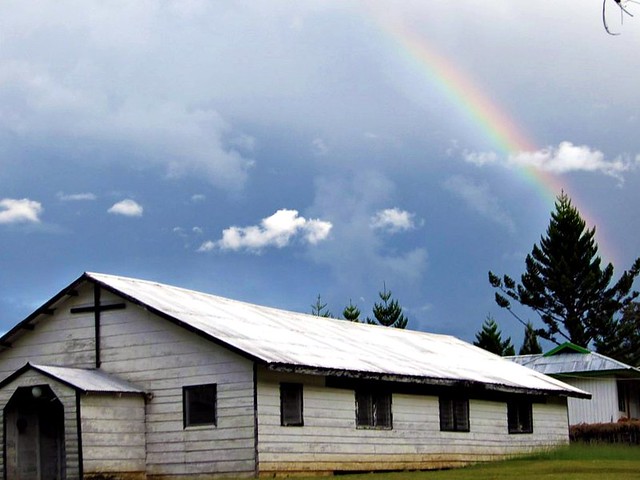 ~ Ann Voskamp…. from one Prodigal to another

The first segment of this story: What a Parent Needs to Say to a Child Before They Leave

Second segment: When you’re worried while they’re gone: What to do in Hard Times

Q4U: How are you Prodigal?

How could you become a better Prodigal?

Concerned about a Prodigal? How can we pray for a prodigal in your life today?

Ann Voskamp is a farmer's wife, the home-educating mama to a half-dozen exuberant kids, and author of One Thousand Gifts: A Dare to Live Fully Right Where You Are, a New York Times 60 week bestseller. Named by Christianity Today as one of 50 women most shaping culture and the...