I met a girl in a brothel named Sarah about eight months ago via covert camera footage. And while I’ve yet to speak in the flesh to this young woman, I know her story.

Sarah’s home country in SE Asia is notorious for both government oppression and extreme poverty, and at the hands of her own mother, she was sold to a human trafficker to pay off a family debt. Moved across borders, Sarah found herself in a neighboring country where she didn’t know the language and was at the mercy of the pimp who now “owned” her.

Three days after Sarah was sold for the first time, my husband, who was doing undercover investigations into sexual slavery, met Sarah in person. She stared at the floor and fidgeted with a napkin. Contrasted with the other prostitutes who were dressed in short skirts and heavy makeup, Sarah wore street clothes and a hollow expression. My husband and another investigator documented the evidence of her sale to build a legal case for a raid on her behalf, and with the help of a translator who spoke her language, Sarah began to understand that they were there for rescue, not abuse.

Eventually, Sarah wrote on a local bill, “Please rescue me,” and handed it to the national investigator, daring to believe that what these two men claimed was true– that she would be rescued and find herself free.

The investigators left Sarah’s brothel that night with solid evidence and a promise to return. And then, Sarah waited.

Because two months was the timeline in Sarah’s case that was necessary for the local police to be effectively mobilized. Eight weeks was the currency which needed to be paid in legal negotiations and red tape in a foreign country that’s overwhelmed with the cancer of modern day slavery.

But two months later, on a hot night in the tropics, Sarah’s door was kicked down. Rescue came for her in the form of men in swat suits and cars with flashing lights. After several months of suffering in a brothel as a young teenager, Sarah found herself in a police car with a female social worker telling her she was safe.

And Sarah wasn’t alone- a total of eight underage girls were rescued by the police and raid team that night.

And here’s the thing I can’t get away from when I think about Sarah, when I remember her story. Young Sarah was given a promise of rescue, but then found herself still very much in a brothel– trapped by rape, abuse, and fear. I imagine she felt a deep sense of betrayal by these strangers who had promised rescue in whispered voices, but then had kept not showing up each night.

But what Sarah didn’t know, what she didn’t have the birds-eye view of, was that heaven and earth were literally being moved on her behalf, for her freedom. There were meetings happening in government offices in the capital city, and there was money given and spent to cover the expenses of the raid. There were prayer meetings taking place in the United States for her safety and her heart. There were plane tickets bought and plans formulated and obstacles pushed through with a tenacity that still inspires me when I think of it today. And there was risk assumed by a host of local and Western heroes, members of both governmental and nongovernmental community, who eventually did swarm into darkness, despite the incredible odds,

for Sarah-– this one 15 year- old immigrant.

And this, this to me is the part of Sarah’s story I can not escape. Because so often I find myself in a brothel of sorts– a dark place where I can’t see hope of rescue, a prison of self or circumstance.  I taste in those moments of doubt a betrayal from what I feel are broken promises,  a despair that redemption could even be impossible, anyway. And I’m tempted to believe that No One is behind the scenes fighting on my behalf.

January is Human Trafficking Awareness Month. If Sarah’s story moves you, consider learning more about the issues of human trafficking and modern day slavery by visiting The Exodus Road. This nonprofit is one which was begun in part by Sarah’s case in SE Asia. It is a coalition of organizations focused on rescue and redemption. We primarily do undercover investigations with an emphasis on empowering nationals, but we also support raids, prosecutions, and after-care facilities.

And you can help. If you have a blog (it doesn’t matter how large or small!), consider joining our blogging team where you’ll get to tell monthly stories from the front lines-– stories of slavery, rescue, and hope. You’ll get to use your online voice to speak for those that do not have one, connect with a quickly growing team of justice-minded bloggers, and potentially have the chance to travel with us to see the problems of slavery firsthand. You can check that opportunity out HERE. 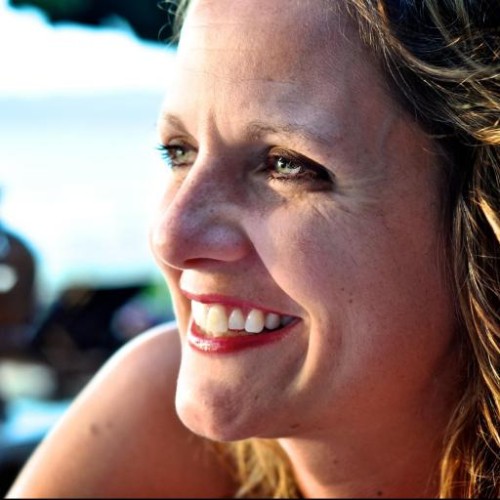 After returning from living in SE Asia with her family, Laura now writes from the mountains of Colorado. She runs the communications efforts at The Exodus Road, a nonprofit focused on fueling investigations into human trafficking. She also leads conversations for international humanitarian workers at the collective blog, ALifeOverseas.com. Laura...