They move us, excite us, inspire us, and explain us. Lots of times they build us up, growing and nurturing the soul. Plenty of times, though, they are much more sinister. They destroy and tear down and utterly crush us.

I’ve been thinking a bit lately on the power of words, their power to heal and their power to hurt. Being on the receiving end of painful words, words that cut to the quick, that pierce your heart and ache deep, you know that soon it will pass….but right now?

Right now you can’t even breathe for the pain.

“Let no corrupting talk come out of your mouths, but only such as is good for building up, as fits the occasion, that it may give grace to those who hear.” Ephesians 4:29

It’s been on a 3X5 in my kitchen staring me in the face for about a year now.

Because you see, I myself struggle with words. With using them as weapons to pierce and to hurt. Waging war with another through subtle and not so subtle utterances.

Recently I told my husband that I got a taste of my own medicine being on the receiving end. And do you know what happened? I realized that those of us who use words as weapons have been wounded by them the most deeply. We utilize their destructive power because we have been destroyed by them. And like hurt people we lash out in the way we think will hurt the most.

Experience has shown us that they work, that they wield power and that using them may bring preservation, if only temporarily.

Whoever said that sticks and stones break bones but words really don’t harm us?

Words can bring the most harm and can cut the most deeply and last the longest. Yet oddly, as much as it pains being on the receiving end, I keep the vicious cycle alive by wounding in the same form.

But God had something different in mind didn’t He?

Something like cutting out those hurtful words and stopping the cycle of destruction in its path. Replacing those words with words that do the opposite. Words that bring life, build up, and encourage. Why?

To pour out grace.

To give grace to those who hear. Grace, in the form of words seasoned with salt (Colossians 4:6).

Doesn’t it always come down to just that?

Yes, it does come down to grace. Because words can bring harm, but we can choose to pour grace all over instead, speaking words that build up and bring life. 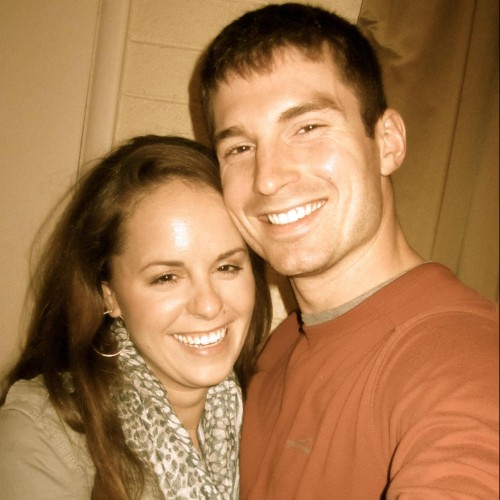 Lexie is many things, a few of which are child of God, wife, daughter, sister, and friend. She's married to her absolute favorite, Bryson, an Air Force F-16 pilot. She likes all things coffee and conversation with other women and reading, which she does most of her free time...