When I was nineteen years old I wanted to go to India on a missions trip.

I had been saved at eighteen in a radical, darkness to light kind of conversion. A Saul-on-the-road-to-Damascus kind of conversion. And what I wanted, more than anything, was just to live for Christ. I didn’t care how or what, I just wanted more of Him. But when I went to my parents to tell them that I was going to go to India, they got worried. That’s what parents do, right?  All they could think of was that their blonde, blue-eyed daughter was going to be kidnapped and sold into slavery. And I let them talk me out of it. There would be plenty of time for that later, they said. When you’re older. When it’s safer. Later.

That year I met my husband and we married young. We started having children and before I knew it I was a mother who had been pregnant or nursing a baby for twelve years straight. There were always reasons not to go. Who would take care of my kids? What if something happened to me? What if I died, then what about these six little ones, living without a mother? I listened to the lie of safe.

There are worse things than dying for Christ.

Chiefly, living without Him.

Because when you’re living for anything other than fully Christ, you’re dying. But the fullest life is found only in living fully for Christ. Living for your children, your spouse, your job, it only harvests death. Bits of yourself withering away day by day until there is nothing left.

And when you live small, live safe, live to protect yourself and others, you can’t simultaneously live for Christ. It is impossible.

You can’t take hold of all of Him without letting go of what you’re holding on to.

You can’t live for Christ without a willingness to die.

Even dying to the expectations of others.

But dying for Christ harvests only greater life.

I have lived my life for others but not in God’s way.

I’ve lived to please people instead of living to please God.

I haven’t been a faithful servant. I’ve too often chosen the way of pleasing man over God. I’ve too often listened to the lie of safe, instead of living reckless for Christ. But this isn’t the life I want.

I’ve made excuses for too long.

After my friend’s husband died suddenly and tragically on a mission trip to Costa Rica, leaving behind his wife and four young children, I wondered, where in this whole wide world is safe? Then one month later I almost died in childbirth with my sixth child. And I began to understand, that there is only one safe place in this wild world, and that is in the arms of Jesus. We aren’t guaranteed safety while we walk this earth but when we walk with Jesus, he holds us, and promises to bring us safely home to Him. And this one life that I have been given, I want to live it full of Christ.

I’m done with living for less than just Jesus.

What if I loaded up that big red, 12 passenger van full of kids and we just followed Jesus where ever he leads. Safe or not. What if we just lived for Christ, no matter the cost?

What if I listened to the still small voice beckoning into the deep waters and didn’t stop to wonder if I can swim well enough?

What if I went?

This week I turned in my missions application to go to Costa Rica. And all I hear echoing in my head is this refrain from a Switchfoot song, “Why would I wait till I die to come alive? I’m ready now. I’m not waiting for the afterlife.”

I’m ready now, I’m not waiting for the afterlife.

How about you? Are you ready to really live for Christ? What deep water is He calling you into?

by Tonya Robinson,  Moments in Grace 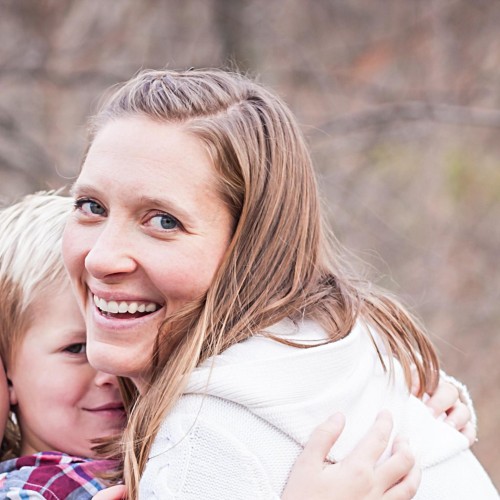 Tonya is a mother who spends her days schooling six kids and dancing as much as possible. She loves to tell the story of God's radical grace through the everyday moments of life.