There are many days when I feel overwhelmed being a mom of three young children. Of course they bless my heart in so many ways, but I feel emotionally weighed down on the demanding days of discipline, mediating disputes and constant shepherding. My heart breaks when I see my childrens’ sin running rampant, an abundance of offenses that affect everyone –especially me.

The majority of outward sinfulness exudes from one child in particular. He is a walking, talking cloud of simultaneous joy, strife, fun and sin. We’ve found him in a variety of precarious situations ranging from walking outside by himself three doors down the street (a 3-year-old escapee!) to chasing his siblings around with scissors trying to cut them. When he gets upset, he runs to his room, slamming the door. Then, when he is good and ready, he will come out screaming with joy, ready for another adventure.

I have another child who is almost perfect. She plays independently, makes up adventures outside and loves to read, so you will often find her cozied up in a corner with her idea of a good book (think Mary-Kate and Ashley adventures!). She’s also the safety patrol, the justice police, and the snack monitor. She’s all about order and putting the wrongdoer in his place.

As I was reading the story of the prodigal son in Luke 15, it hit me that these two children of mine are just like the younger and older brother. And the father — Oh, can I empathize with his plight! First, he is primarily dealing with the sin of his younger son, who basically wished he was dead when he requested the inheritance and left home. Then, he has to deal with the older son who can’t comprehend his radical and irresponsible grace.

Isn’t this how it goes at your house? You finish shepherding one child, feeling at peace with the the situation and relieved that it’s over, and as you are leaving the room another child throws a big fit, has an accident or you overhear a dispute in the next room. Awesome. Just what you wanted to do right now.

This father is in the same boat. He may not be dealing with minor things like wiping spills and divvying out Legos, but he’s still a parent wrestling through loving his kids, just as we are.

Between the excitement of his youngest son coming home, arranging a big feast, hosting, pleading with his oldest son, and the heartbreak of his rejection, he must feel pretty overwhelmed! I can empathize because I have felt all those things before.

Dealing with a child’s rejection, shepherding another child who may seek to earn God’s favor, planning meals, hosting parties, and also the flood of emotions — it can give us a sense of what he must have been going through.

Now, switch roles and set the scene as it truly is.  The wonderful father from the parable is our Father in heaven — the God of the universe, Creator and Sustainer of life. The One who loves us constantly though we reject Him. The One who sees us from afar and sprints to us, rejoicing at our repentance like a little joyful child. The One who lavishes His grace and provision on us, though we’re far from deserving it and try desperately to earn it.

As our kids age, we will no doubt become more emotionally invested in them, leading to more joy and more heartache. By the power of God’s strength alone, we can emulate grace, love and tenderness, like our gracious Father. 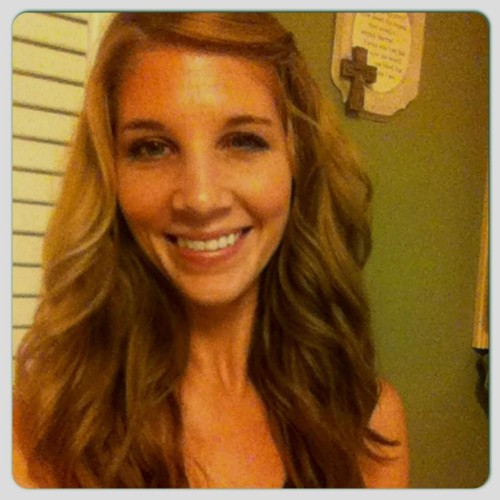 Kendra lives in College Station, TX where she is {by God's grace} the wife of Allen, mother of 3 spunky kids and manager of a home where there's an abundance of funny quotes and pinterest projects. Her manifesto is 1 Corinthians 15:9-10, "By the grace of God I am what...