She had been talking about her breast cancer diagnosis. I expressed sympathy at how hard it must have been, the treatments and uncertainty and all. That’s when she said it.

“It wasn’t so much the cancer, it was what came after.”

What was that, I wondered. What could possibly be worse than cancer?

“Menopause at 38,” she said casually, as if it were as natural as breathing. My heart stopped suddenly, than started back up, amazed at the power of those three words. Why today, of all days, had we gotten into this discussion, right there at the front desk of the elementary school? Why today, when my world was closing in, when I could barely drag myself to school for lunch with my daughter, when despair that my hormone replacement medication wasn’t working was threatening to drown me?

For me, it was menopause at 41. And it wasn’t so much what came after, it was what had come before that was so tough. Years of emotional turmoil caused by wildly swinging hormones.

Based on the blank stares I usually got whenever I dared mention my struggles, my experience wasn’t typical. Not surprisingly, it seemed like most women near my age or in the same parenting season (mother of two elementary-age daughters) had no idea of the havoc perimenopause or early menopause can wreak in someone’s heart, mind and body.

As a result, I had fought it. Hidden it. Been embarrassed by it. Felt isolated by it. But here it was. There had been nothing I could do to keep this season from barging prematurely into my life. And sometimes, it made me feel so very alone.

I could have found forums and communities of people online who had experienced something similar and could relate to what I was feeling. But I didn’t want that. I wanted someone right in front of me, someone I knew and liked, to empathize with me.

And here she was. At my daughter’s school, of all places.

Suddenly, the weight lifted. My head cleared; my heart filled with peace.

She had no idea what her words did for me that afternoon. She still doesn’t know. Maybe I’ll tell her about it sometime. But on that day, and on many days since, I thanked God for putting her in my path right then, for directing our conversation to go the way it went, for throwing me a life preserver when I needed it most.

Thinking back on this moment, I’m gripped once again by the power of transparency. Clearly, the lady at the front desk was significantly farther down the early menopause road than I was. It seemed easy for her to mention it casually; it’s something I’m still processing. But her mention of it made all the difference for me that day.

It could be anything we’ve experienced, though. Depression. Infertility. Bankruptcy. Terminal or chronic illness. Betrayal. Abandonment. Layoffs. Loss of a child or spouse. Abuse. Divorce. Anything. If we’ve survived, no matter how worse for wear, our stories can encourage.

I’m not talking about the unabridged version either. A passing comment, in range of the right set of ears, can bring more hope and healing than we could ever imagine.

Maybe, in the coming months, we could look for ways to sprinkle our conversations with clues about those past struggles that we mostly keep hidden. Just in case someone is listening who desperately needs to know. 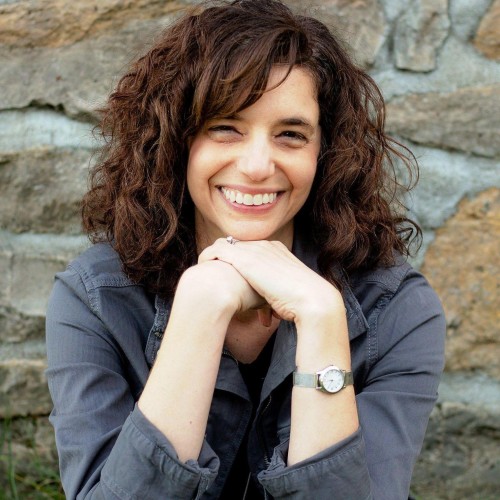 Lois is mom to two lovely daughters and wife to one good man. She’s a former journalist and lifelong Midwesterner who values authenticity, loves gardening, and always reads the end of the book first.