The piano was dancing, the ivories waltzing under the fingers of a teenage girl and the band brought down heaven with their violin and guitars.

At the end of “God is good, all the time,” the worship leader shared how this song was her son’s favorite. How it had been his favorite since he was three-years-old, how she’d sung it every night over him, even as he went through cancer as a child, even as chemo wracked his five-year-old body — it remained his favorite song. God is good — all the time.

The congregation was silent, the hush of August’s last morning breathing through the crack of an open door.

And then the pastor rose and spoke about Robin Williams and depression.

He spoke to an elderly congregation about the need to get real with God.

About how depression is not necessarily the curse that it seems — but rather, a gift. An invitation from God to let in the light.

“Those who believe they believe in God, but without passion in the heart, without anguish of mind, without uncertainty, without doubt, and even at times without despair, believe only in the idea of God, and not in God himself.”

Yet, what if all this wrestling with our pain is a way of getting close to Jesus?

What if joy is hidden in the folds of sorrow? What if light is found leaking through the curtain of darkness?

He went through Lamentations, Job, the Psalms, Jonah, Jeremiah — pointing out the melancholy of each writer and the intimacy each writer also had with God. And how God did not give up on the writer but rather drew closer to him during his suffering. And then he reminded us of Jesus, crying out “My God, my God — why have you forsaken me?” and if the Savior of the world can be this real and hopeless, why can’t we?

Depression, he said, is not an invitation to give up, but rather, to “Be still, and know (He is) God.”

Feeling the heartache of the world is not a sign that you are far from God, but rather, very close to Him, as you are in tune with the suffering of His people. So rather than feeling berated for your sorrow, ask God to speak to you through it — to show you how this is, in fact, a gift rather than a curse. To draw close to you during the darkness and let HIS light overpower the shadows of the world.

To wait for God to declare — as He has from the beginning — “Let there be light.” 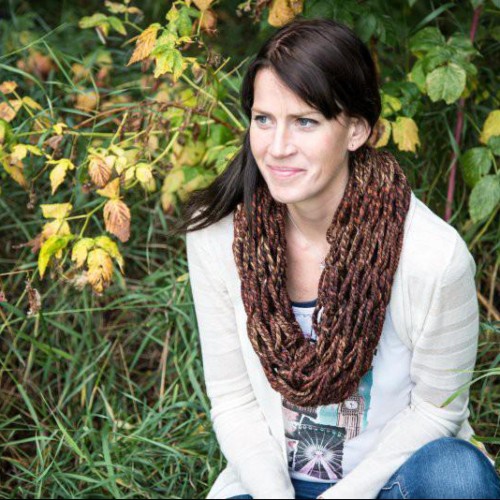 Emily T. Wierenga is an award-winning journalist, blogger, commissioned artist and columnist, and the author of six books including the new memoir "Making It Home: Finding My Way to Peace, Identity and Purpose" (Baker Books, 2015). Proceeds from Emily’s books benefit her non-profit, The Lulu Tree. She lives in Alberta,...