I was walking through a back alley in Old Delhi, India.

Electric wire twisted and turned above me like jungle vines while street vendors stood in dark corners, trying to shade their raw meat from the blazing sun. Street children ran to and fro, some stopping to beg for any loose change we might toss their way before they ran off after their friends.

Pray as you walk. Those were our instructions.

But as the aroma of incense and human waste burned my nose and I watched a woman bow before a ceramic, four-armed elephant statue, my heart shattered within me and words ceased to exist. All I knew in that moment was intense despair.

God’s unyielding passion for His glory and the excitement of being a part of His plan to redeem the nations had driven me to India. Yet, as the end of my third week in country approached, the heaviness of millions of people who had never heard the name of Jesus paralyzed my soul.

Would another prayer for yet another person to hear and know Jesus really make any difference?

Was it even possible to be a visible light in a corner of the world that was darker than night?

So many circumstances can lead us to feel hopeless — another school shooting, a beloved church family shattered by divorce, sick family members, endless news stories on ISIS and Ebola, neighborhoods wracked by poverty. It’s all around us every day.

Abraham lived in a pagan world. He didn’t know what Jesus would one day do. He had no track record of God’s character to read about. He struggled just to understand how he would start a nation without a son of his own, let alone to see how God would bless all the families of the earth through him.

Yet Abraham did not despair.

“Against all hope, Abraham in hope believed and so became the father of many nations, just as it had been said to him, ‘So shall your offspring be.’  Without weakening in his faith, he faced the fact that his body was as good as dead—since he was about a hundred years old—and that Sarah’s womb was also dead. Yet he did not waver through unbelief regarding the promise of God, but was strengthened in his faith and gave glory to God, being fully persuaded that God had power to do what he had promised.” Romans 4:18-21 (emphasis added)

With no clear answers, no game plan to follow, no logic to rest upon, Abraham, against all hope, believed God would do what He said He would. Abraham faced all the impossibilities, yet he did not waver in unbelief.

As our families engage with hurting and hopeless people in our neighborhoods, as we pray for faraway peoples who have no access to the Gospel, we often face soul-crushing discouragement. We can feel helpless in a giant world of need.

Our children may sense it even more, feeling too small to do anything that matters.

Knowing that the Savior of the world has indeed come, we can follow Abraham’s lead. We can demonstrate and pass on to our children a faith that is fully persuaded of God’s power to do what He has promised. He redeems. He restores. He saves.

And our families, though small in comparison to the world we are trying to reach, have the power and influence to shine and make a difference — in the back alleys of India, in the suburbs of California, in the rural farms of the south.

Because in the end, it wasn’t anything inherent in Abraham that accomplished the promise God made to him. It was God Himself, working through Abraham’s willing heart, despite human frailty and failures, to accomplish His purposes.

As Abraham’s seed and partakers of God’s promise, we can bring light to even the darkest of places when we offer Him our willing hearts, along with all our human frailties. And we can have confidence knowing that God has the power to do what He has promised. 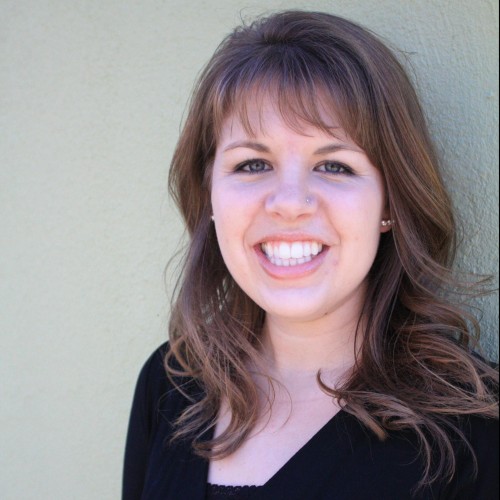 Carissa Potter is a fun-loving, world-traveling, truth-sharing, lover of Jesus. She gets the privilege of leading Weave, an organization passionate about equipping families to understand God’s global purposes and embrace their role in advancing His kingdom. She loves creating mission resources, training, and hanging out with some of the cutest...