When I was in the thick of corporate ladder climbing, I had an image in my head of what success would look like. It would include a team to manage, a beautiful office, a fancy title on a business card, and a feeling that everything I did and said would be treated with respect and importance.

I fought for that for far longer than I’d care to admit. In fact, I started to act like I’d already achieved my imaginary level of success long before anyone around me agreed. I made sure I was working on the most important projects. I fought for recognition. I worked long hours and chose my career over most other things in my life so I could convince myself that I was important. I was needed. They couldn’t manage without me.

And my self-centered attitude and need for recognition made me a miserable person to be around. I would look for ways to push myself to the top, forgetting that true success comes from serving others, not serving myself.

I’ve found myself falling back into those old thought patterns again the last few weeks, looking at the projects going on around me and trying to find ways to be included and invited to join the ones I viewed as important, significant, recognition-worthy. When the desires of my heart don’t line up with what God has planned for me, I become envious and bitter, and I wonder Why not me? instead of How can I support her?

As my heart began to feel heavy, a friend encouraged me to ask God to reveal the root of my feelings of discontentment and discouragement. Then He brought me to a passage in Romans I’d never paid attention to before.

“I commend to you our sister Phoebe, who is a servant of the church which is at Cenchrea; that you receive her in the Lord in a manner worthy of the saints, and that you help her in whatever matter she may have need of you; for she herself has also been a helper of many, and of myself as well.” {Romans 16:1-2}

Phoebe. I’d never heard of her. But here she was, praised by Paul, listed not only as a helper (or in some translations, “benefactor”) to many, but also a servant. The Greek word used in this passage for helper is the word “prostatis,” which means “a woman set over others” or “caring for the affairs of others and aiding them with her resources.”

This Phoebe? She had influence. She had respect. She was able to use her resources to care for others, and she was viewed by the early church as a leader.

And she had a servant’s heart.

My study Bible makes this comment regarding Phoebe: “Even wealth, position and influence do not relieve a woman of the responsibility of humble service.”

Humble service. In all my striving, in all my planning to achieve respect and influence, I stopped seeking ways to serve others. And so I began to ask myself a few questions.

I would rather live life as a humble servant than live with a heart made heavy with selfishness. I would rather find myself in a position of prostatis than position myself above others. It is in those “Phoebe” moments, when God uses me anonymously, selflessly, and humbly that I find myself filled with the most joy.

I would rather live life as a humble servant than live with a heart made heavy with selfishness.  {Tweet this!} 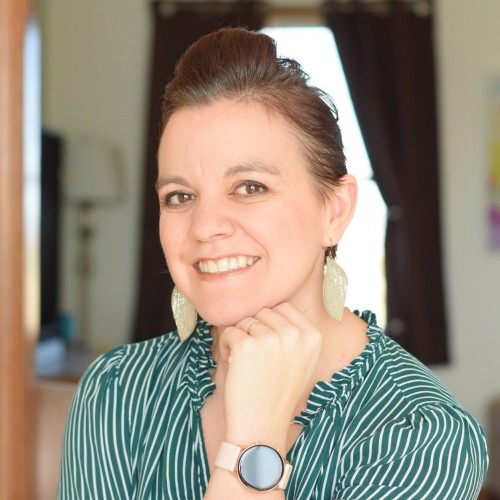 Crystal is passionate about cultivating a community where faith, fitness, and friendship come together. Author of “Creative Basics: 30 Days to Awesome Social Media Art,” Crystal is a writer, speaker, host of the Write 31 Days challenge, and coach who shares encouragement at her blog, crystalstine.me. Connect with her on...