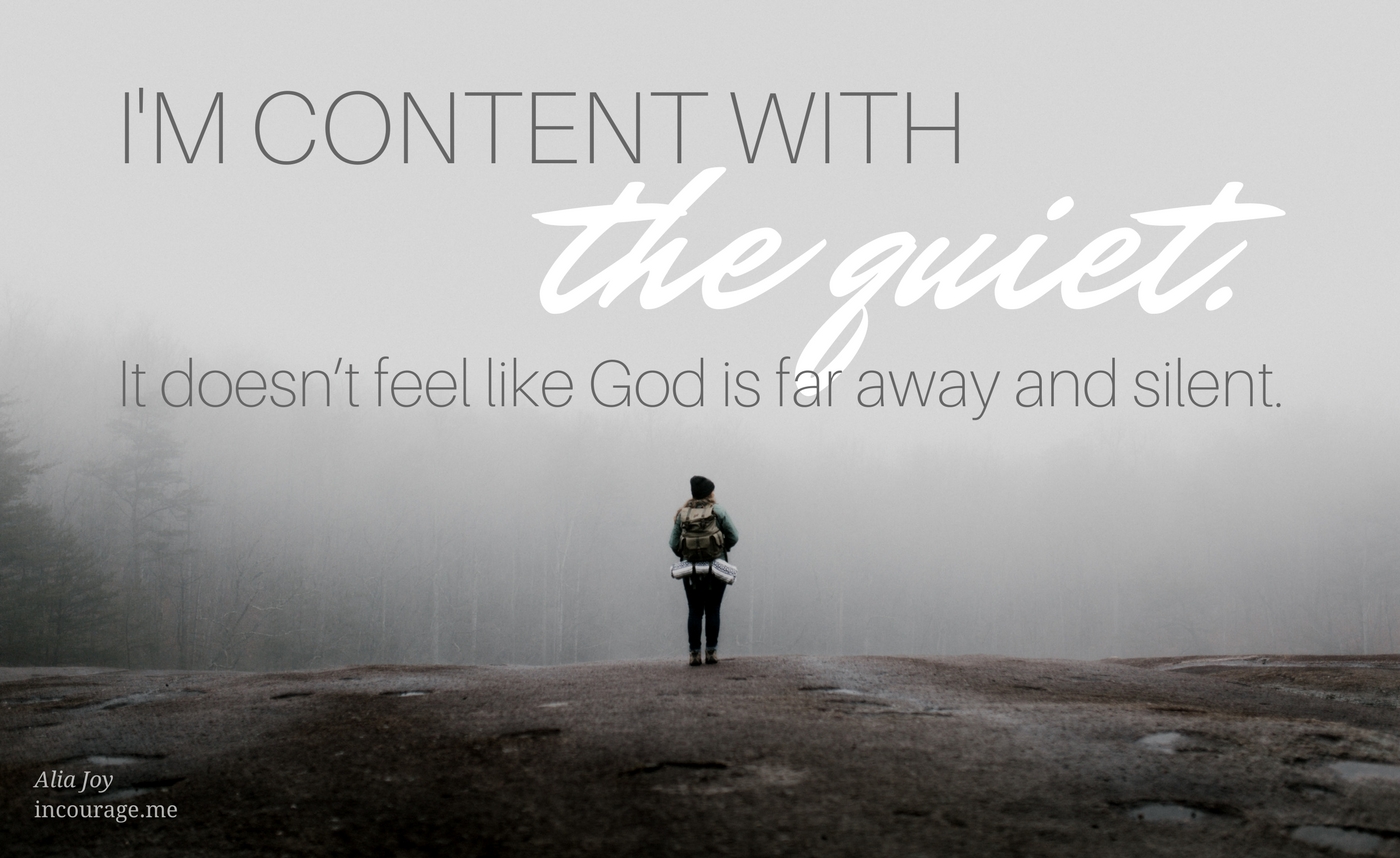 I move at a pace much too slow to be called successful. Or maybe even ambitious. I guess I look around and wonder what all that means anyhow.  It’s no secret I hold no deep love for blogging as a medium other than the community that has become an anchor for me, tethering me to friendships spanning the globe. I’ll admit, that part is tremendous. I have the most amazing readers on the Internet. No contest. But keeping up with it all can be hard.

The world moves at a pace I often can’t seem to keep up with.

Social media churns so blisteringly fast, I often feel scalded by the friction of opinions and voices and noise. Everyone longing to be relevant and heard and I want to slip away to the horizon where the tips of pines grasp at the open sky.

I want to watch more sunsets and swim in more lakes and eat more strawberries. In the fall, I want to gather under the shimmy of leaves turned auburn and fiery and golden like the low sun and I want to drink all manner of hot beverages and wear boots and hats and scarves when I go out. In the winter, I want to curl up with a good book as the exhale of the wood stove sweeps warmth into frigid corners. I want to hear the crunch of my boots on virgin snow and lay down tracks of wonder and take in the beauty of pink noses and children’s laughter and the explosion of a perfect snowball on contact.

These days I want to fall asleep without the glow of a screen hazing me with its importance and place in my life.

I long for slower times. And that in itself seems ludicrous because of how slow I move already.

I have been working on my book for months and life keeps getting in the way. Some things can’t be helped. Some things are worth taking a break for but still, there are never-ending demands on our time no matter how intentional we are with it all.

Overall,  I’m in a season of good. I’ve carved out time this fall to get it done and have set myself a deadline a little earlier than what my publisher stated so I’d have the margin to still live my life.

Some days I sit in the garden and the poppies flutter like butterfly wings and I think this is enough right here. But summer has already faded and fall is in full swing. Winter will come and their petals will be crushed back into earth under the weight of snow and I’ll have to look for other places where enough can be seen.

Other days I grab my kids and they squeal and wrestle out of my grasp but they come right back for another round and I make grilled cheese sandwiches with the good bread and fill our library totes with so many books it right tips the 12-year-old girl sideways but those will be read under her lamp with the turquoise fringe after she’s been tucked in, because some things you still love even when you’re “too old” for them, and I’ll think this is enough right here. Just this mothering and living into the daily mundane, the holy work of doing my best to raise these kids and love them into the people they’re becoming every day. But I know I’m more than a mama too.

And some days I’m woman to my man. I remember the girl who glossed her lips and swayed her hips a little when she left a room he was in. I’ll remember how his eyes would find me wherever I was and they’d connect like I belonged in his gaze. I’ll remember to look up from the dish full sink and the pots clattering on the stove and find him sunk down in the couch weary from all the day’s work and his eyes will catch mine and I’ll be that woman to him, the one with the slow smile and eyes that suggest an early bedtime for the kids. And he’ll grin, like the boy I fell in love with. And that’ll be enough too.

Some mornings I set my fingers to typing and my voice to saying all the hard and beautiful things and I think this is what God made me for, this too. I’ve said before I feel God’s pleasure when I write.

We all talk about comparison as the jaw that will snap shut a writer. I’ve written that myself even. But what happens when the words and stories that matter to you can’t seem to make it to the post because your life must be lived first and well?

What happens when the world moves on so steadily you just can’t keep up? What if you don’t even want to?

People say to write for an audience of one. Maybe I’ve even said that? I don’t remember. It’s this idea that your words are faithfully penned for God and God alone. I get that, I do. It sounds pious and holy, writing with blinders on. But then I’d just write faithfully in my journal and tuck it back into my bedside drawer, roll over, and collapse into sleep. I wouldn’t have to care about stewarding words in an online space. But these words are penned for consumption and that costs a writer.

I’ve been thinking about the cost of writing a lot lately. There’s a payoff, sure. But there’s also a loss. I think writers need to acknowledge that. When I write words I’m proud of, it feels like creation. It feels like magic and wonder and all things holy and sacred. And sometimes it feels like discipline and hand cramps and madness, but when I put it out into the world, it’s no longer mine. Now it’s under the scrutiny of an audience and even though my readers are the best, it still costs. It’s something you’re giving away and sometimes there’s a vacancy after they’re gone. You have to be filled again before more words make their way to the surface.

I didn’t take notes during John Blase’s session at Jumping Tandem Retreat a few years back. I just sat there with a churning feeling in my gut as he spoke on the burden of nouns. I probably can’t do his session justice, maybe because he’s a poet and that stuff just has to sit with you a bit. His words are of the kind that gets stuck on repeat like a catchy set of song lyrics, only once you slow down to listen to what you’ve been humming you find there’s more to it.  His session hounds me. I want it said that I cared for my nouns. My kids and man and spot of home. My community and the ones I call friends. But I don’t know quite how to care for my words also. And caring for my words is caring for myself. To slow enough to write the true things and the cost of them afterwards, well I haven’t figured that out yet.

I wrote last night, typing words with midnight behind me. Scattering memories into sentences doesn’t just give my experiences meaning, it gives them a second chance at redemption and beauty. It lets me see things pieced together, the seams of my life, where all the margins meet and even the worn and torn scraps are woven in. It makes sense of secondhand things.

My tongue lingers on words, rolling them soft and pliable until they go down smooth, without the fire and burn of so many things. Maybe they are prayers, maybe they are lament or even praise.

Writing is a beautiful tool not just for processing during but for retrospection after. But these days my life seems full and that contentment doesn’t stir me in the same way.  I don’t need the words as much. They’re a lifeline on my dark days, a trail of syllables and sentence crumbs spilled on my journey that always seem to lead me back to God. It’s the gift He’s given me to make sense of it all and scavenge for glory when the world seems harsh and unforgiving. But when the good days come, it feels less vital to hold the scraps of words up as an offering.

Mostly I just want to sit and take it all in. I want to turn the volume way up and grab my boy’s hands and swing him around the kitchen while he tips his head back and laughs at his mama. I want to sprawl out on the bed with my girl and tell her all my secrets about womanhood and life and what it means to live claimed by God. I want to binge watch The Great British Baking Show and drink sweet hot milky coffee slowly on an ordinary Tuesday. I want to slip my cold feet right up next to Josh’s warm ones and curl into him like I always belonged there. And sometimes those things are worth sharing and the words come but sometimes they’re just for me. Just for us.

It feels like peace. Maybe this is the stillness where you know that you know that God is God and the hush of wonder is all around beckoning you to stop and sit awhile. And that’s enough for you.

Enjoy the blessings He has bestowed on you and be thankful, not guilty. - Stephanie Bryant: https://t.co/S482bOjwGc https://t.co/PicjdX6mtN

This is the stillness where you know that God is God and the hush of wonder is all around. @aliajoyh at @incourage:

Alia Joy is an author who believes the darkness is illuminated when we grasp each other's hand and walk into the night together. She writes poignantly about her life with bipolar disorder as well as grief, faith, marriage, poverty, race, embodiment, and keeping fluent in the language of hope in...