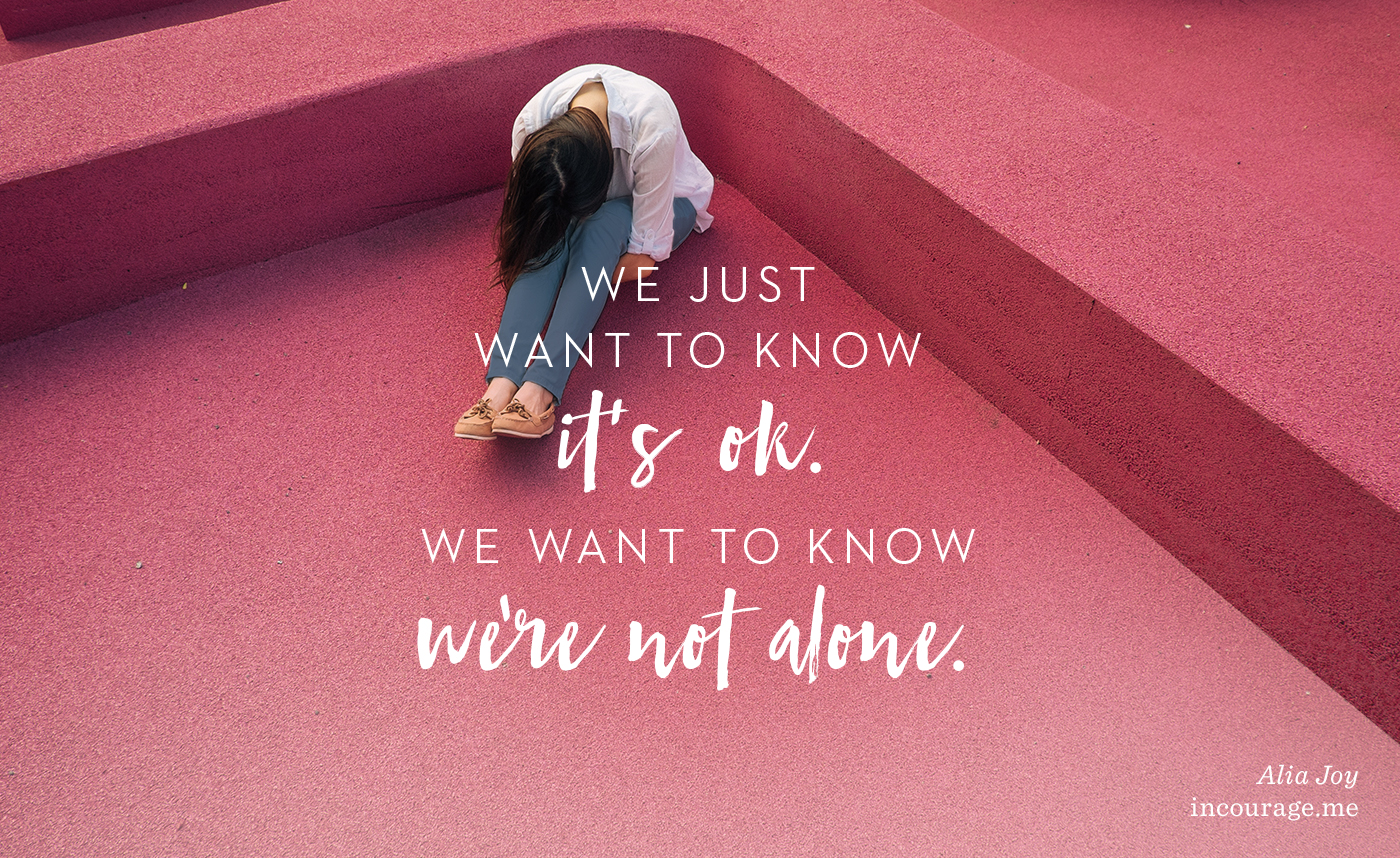 She sits next to you in your cubicle at work, she’s in the carpool lane picking up her children, she’s in the grocery store stocking up on chicken thighs while they’re on sale. She records This Is Us on the DVR and waits until she has at least three episodes saved before she settles herself onto the couch with some air popped popcorn and watches them all in one sitting.

She still laughs, she still has relationships. Most of the time, she still manages to take her car in for an oil change before the red light on her dash starts to blink furiously. She still orders her latte at Starbucks and worries about the calories in that muffin she added to her order at the last minute.

But somewhere in the bottom of her purse is an orange prescription bottle rattling around in case her wild beast of a heart starts thundering against her ribs, concussing the world around her until she’s gasping for breath, flushed and gulping down pockets of air that never seem to make it to her lungs.

You’d never know it to look at her, but she’s been caught in the cyclone of her own mind, her own body suddenly spun by the force, fight or flight frantic with her own internal warning light flashing. Suddenly she is dilated pupils and a thready pulse, pulling at the neck of her t-shirt even though it’s already loose.

She keeps her head down as she abandons her shopping cart full of diapers, and ground beef, and those string cheese sticks her son likes to take in his lunch. She leaves it in the middle of the canned food aisle and makes her way to back to her car where she scrambles in and digs through gum wrappers and receipts and pens — so many pens — until her hand feels the hard plastic and the familiar rattle of her anti-anxiety medicine. It takes her several tries to get the child safety cap off because her hands are trembling, but she manages it at last and she sits behind the steering wheel going nowhere but finding her way all the same.

Tucked somewhere in her nightstand drawer are the pills she takes to keep the color in her days and the drag of sadness from swallowing her whole. Somewhere between dropping off the kids and slipping those chicken thighs into that thin plastic bag that never seems to keep the juices from seeping out, she waits in line at the pharmacy to make sure she stands a chance at surviving her days.

She nods silently as the pharmacy tech asks if she is familiar with the medication or needs a consult and she replies she’s been on it for a while. She tucks the white paper bag discreetly in her purse.

She sits in Bible study on Wednesday morning nursing her cup of stale coffee with her Bible splayed on her lap, scribbled notes and highlights marring the pages. She wonders about faith that can move mountains and the joy of the Lord and how we should be anxious for nothing and she feels small and alone. Somehow those things don’t work for her like they do for everyone else. She believes. She thought she had faith, but in the clutches of a panic attack or depression, she can’t seem to wrest herself free.

She tries to list things to be grateful for and even when her list is full, sometimes she still struggles with feelings of unbearable sadness even when her life overflows with good things. She tries not to worry and to trust God, but sometimes the panic comes anyway and she can’t pray it away.

They discuss the Bible study verses they read last week and then they ask if anyone has any prayer needs.

Women share prayer requests. Someone had knee surgery, and she’s having difficulty getting around still. She misses gardening and getting down in her flower beds, but recovery is slow and she’s watching spring with a deep longing that her body would cooperate and her rehabilitation would go quicker.

Another woman’s child has to have his tonsils out because he’s snoring like a lumberjack and having apnea. He’s so tiny and surgery is scary for any mom, no matter how routine — would you pray? And everyone does. For these needs, for these broken bodies, for the remedies that will help them heal.

But she says nothing because she doesn’t think this is the same. No one would say knee surgery just requires more faith, or that a tonsillectomy requires longer quiet times and more gratitude. But if she opens her mouth, she risks being told another way she’s failed at fixing herself.

So many stay silent, like the woman with her Xanax prescription in the bottom of her purse. She doesn’t say a word about how a body can betray you, how a mind can be so hard to control when the chemistry goes haywire and no amount of joy or praise or prayer works to take it away.

She stays silent when others boldly ask for prayer because sometimes these things are hard to say in church.

Maybe you are her?

You never know how much to share because there’s always a stigma. Can you be honest? Will it count against you? Will the areas where you struggle be tallied up and held against you like a penalty for all the ways others think you fall short?

You’d never know it from looking at her, but she’s so many of us. And she needs to know it’s ok. You’re gonna be ok. You’re finding your way. Really, we all are.

You’re gonna be ok. You’re finding your way. Really, we all are. // @AliaJoyH at @incourage:

Alia Joy is an author who believes the darkness is illuminated when we grasp each other's hand and walk into the night together. She writes poignantly about her life with bipolar disorder as well as grief, faith, marriage, poverty, race, embodiment, and keeping fluent in the language of hope in...