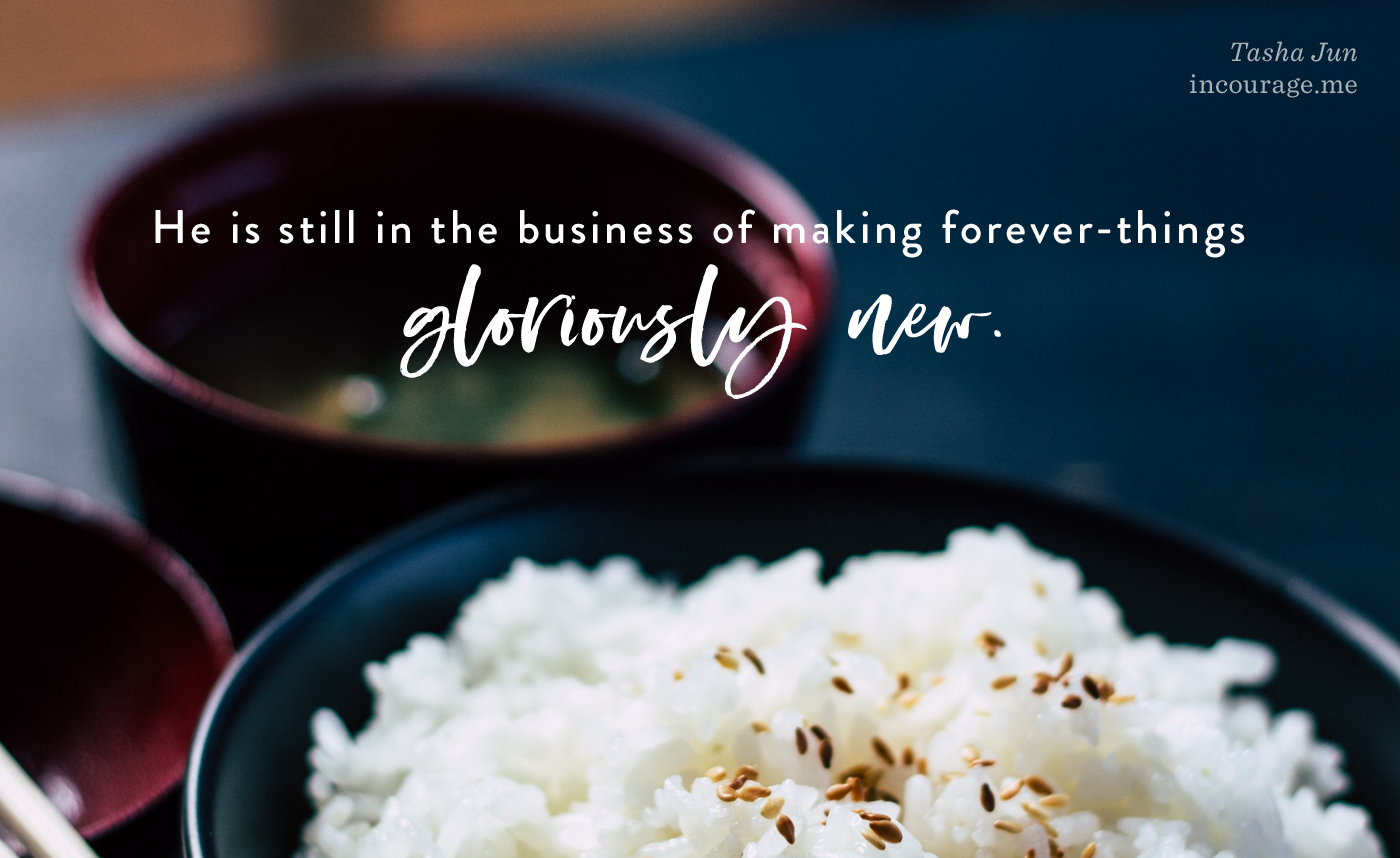 She scurried over to the rice cooker and opened it. Using a rice paddle to scoop out a few grains of day-old rice with her right hand, she then picked them off of the paddle with her left, squishing them together between her slender thumb and forefinger. I watched her move quickly and silently, her dark eyes focused and on task.

I am the daughter who was ever seeing but never understanding. I listened to stories and yearned for more answers. The barrier between us has been hard, at times as unyielding as concrete. It’s thick middle fortified by cultural misunderstanding, language lost in translation, hidden stories, the grief of lives stolen and the gift of lives given.

Moments before she had shifted her focus towards the rice cooker, I had rolled my eyes and declared we couldn’t go to the event we’d been invited to. The gift that had been carefully picked out months before couldn’t be wrapped because we couldn’t find tape anywhere in the house. Why was there always some needed item missing? We were already going to be late as it was, and at the time, I couldn’t fathom attending the event without a proper gift, wrapped like all the others would be. I didn’t want to be the one who stood out again, who didn’t know the protocol again, who might have to explain not having something as simple as a roll of extra tape on hand, because so much of life was busy trying to figure out how to fit in as the multicultural family we were.

This was one moment of many when I fought my God-given ethnicity. I didn’t want everyone to see the war of cultures that waged within. I wanted to fit nicely into one race or the other. I felt like my very being was a collision of parts to the outside world: sharp wreckage, metals that don’t mix, liquids and temperatures that cause reactions, all of it making a scene, slowing normal lines of traffic, taking up space, needing help, and never fitting anywhere.

As a little girl, I sat in class daydreaming when I was supposed to be learning how to add and subtract, to use commas and colons. I didn’t dream about princesses or tea parties. I dreamt about a girl with wild, night-colored ocean hair and eyes so black there was no distinction between pupil and iris, who grew up eating what remained of leftover rice. And I dreamt of a boy with fresh green eyes and a quiet smile who grew up the son of an English-Canadian immigrant mother and a South Dakotan hard-working, homesteading father, who always had dreams of the sea in mind. I asked God to show me how they could coexist within me. I couldn’t find the right answers or punctuation for these daydreams. I wondered if God had made a mistake in my making.

She took the rice and smooshed it again and again in her fingers, turning the rounded pieces into a tiny paste of sticky, white goo. She walked over to the gift whose covering was coming undone, and pressed the goo in all the places that were falling apart. She had made her own tape with a few grains of day-old rice. I watched her and felt the weight of who she was. I was a teenager, and I cried in that moment, feeling her presence, a weight like a sliver of something true and heavy, something of heaven.

We missed the event. But that day, what I didn’t miss was my mom and an opportunity to embrace God’s story in me. We delivered the gift to our friends later, its paper still held together with sticky rice glue, carrying with it the silent stories of my mom’s Korean upbringing against the backdrop of our family’s American experience.

I listened to a podcast sermon by Duke Kwon recently, teaching about the verses in Revelation 7:9-17 that describe people from every corner of the world coming together to worship Jesus. In it, he said, “Ethnicity is for eternity.” The sentence shook my insides. I had never heard this truth spoken in such simple words with so much authority. I wondered why I had never heard any other pastor preach so much worth toward each of our God-given ethnicities.

I see it now. The daydreams I’ve dreamt have much more to do with an eternal becoming than I ever realized as a girl. The ones that matter most have whispers of a collision — yes, of the breaking and re-making that happens in the middle of what feels like wreckage, what looks like not having enough, and what appears to be awkward and ill-fitting. It’s the now and not yet while God’s kingdom bell rings, declaring its presence at work, its movement moving, its sticky rice glue holding together all the things God intended for us to become and keep on becoming into eternity.

What things in your story do you want to tame and smooth over? What things do you wish fit better? God’s heart beats in the places where we only see scrap metal. Where we are blind to His image in our daydreams, He tenderly makes us see.

The smashed rice holding my family’s gift offering together speaks of God’s image and all the places He is still in the business of making forever-things gloriously new. 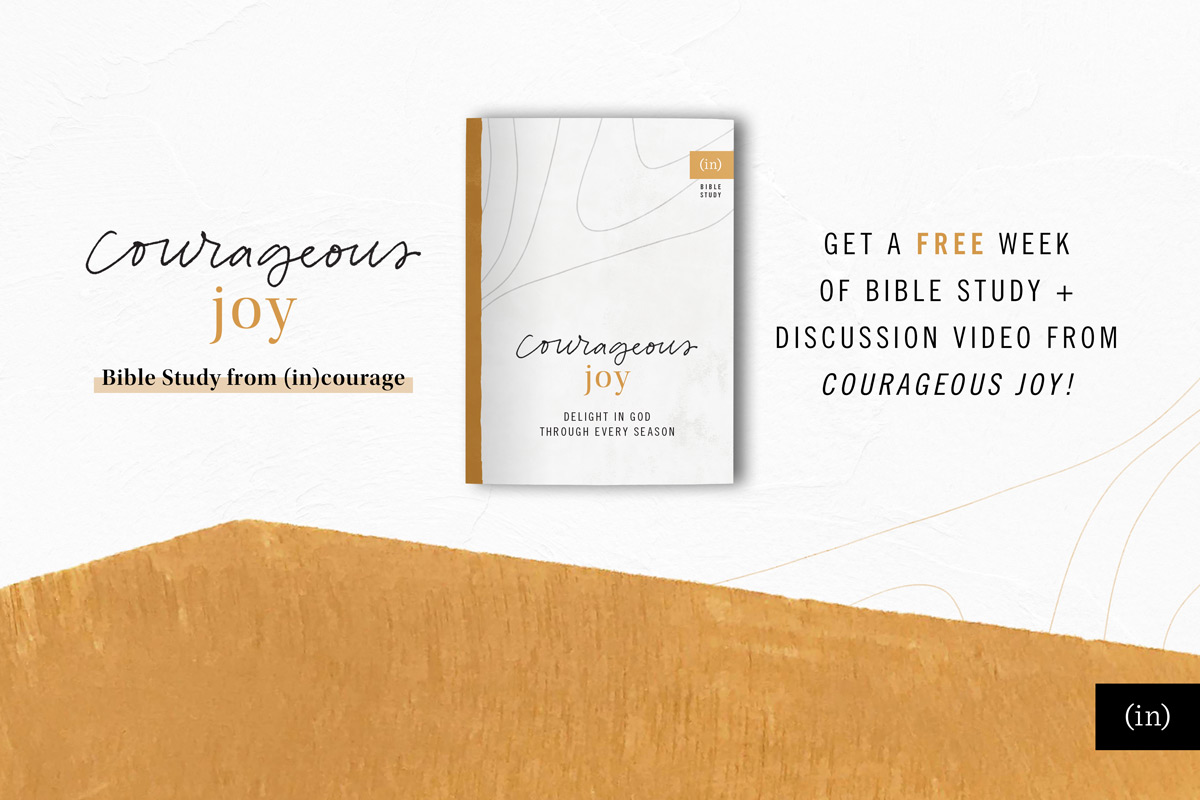 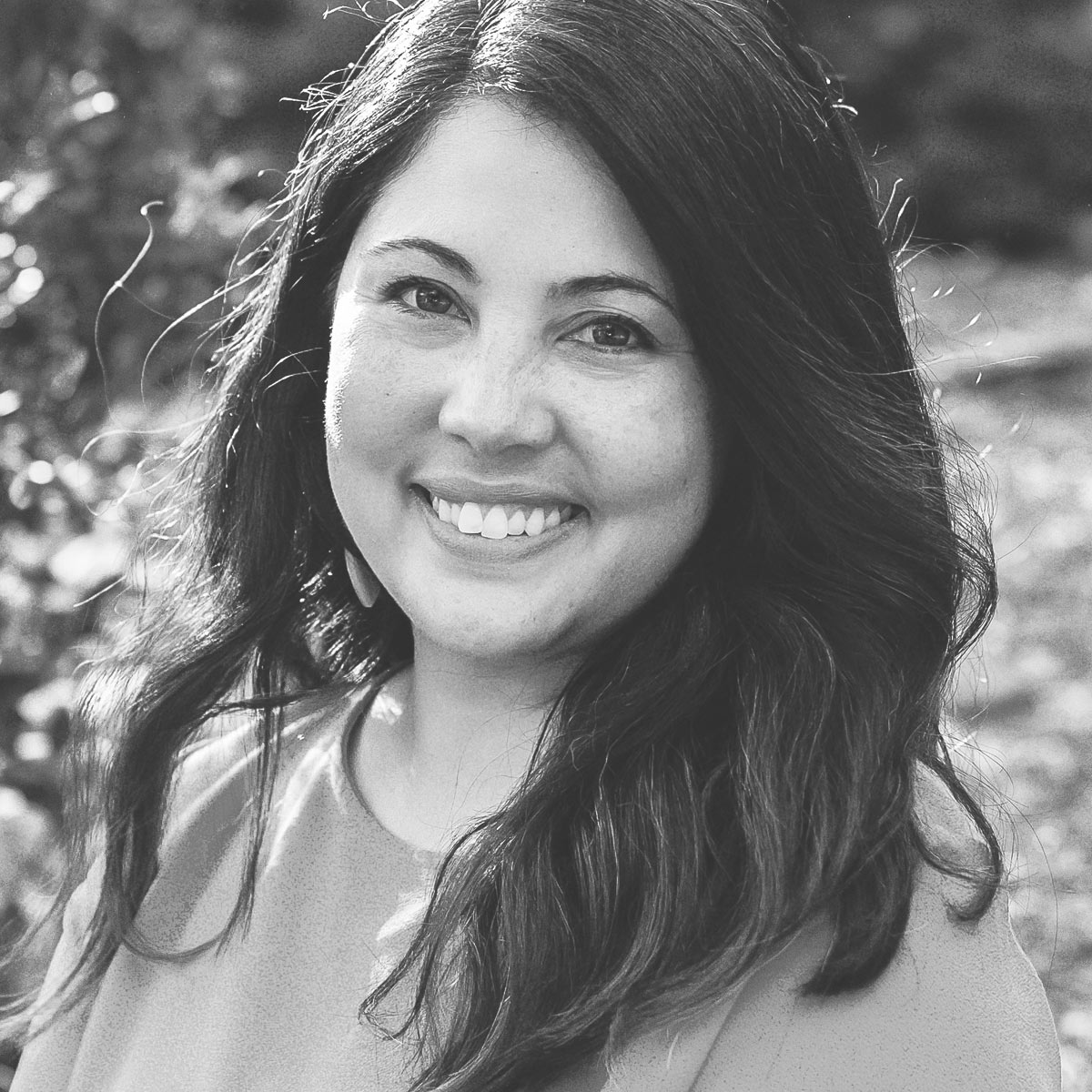