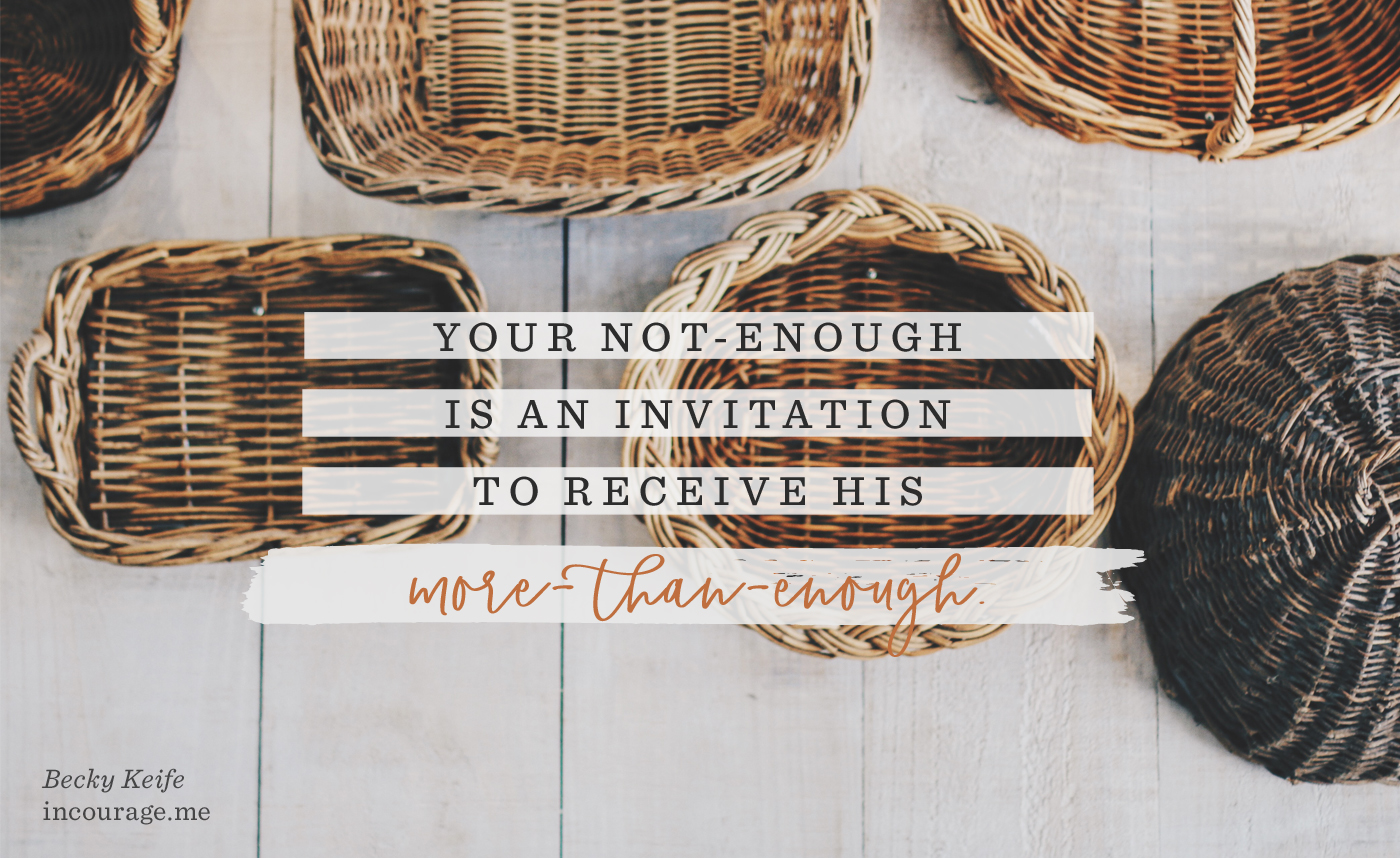 There was a night not so long ago where the only thing I could see in front of me was a long road of barriers. The way forward seemed impassible.

My husband was delayed more than an hour, and my patience with the kids was shot. Their whining and bickering was only matched by my exhausted irritation. There was nothing catastrophic happening, just the pressure of regular life building under a tight lid. I needed to let some steam escape before I blew it.

I was waiting at the front door when Chris walked in. Before the poor guy had a chance to set down his bag, I told him the kids were fed, teeth brushed, and I needed to take a walk around the block. Love you. Thank you. Goodbye.

Ugh. I was just done. The kids were only part of it. I was in the middle of an intense semester of graduate school and had recently taken on more responsibilities at work. I had moved into a season of juggling motherhood and education and finally a job that I loved. These were gifts. They brought me great satisfaction and deserved my full investment. I wanted to give each my best, but I felt like I was drowning in the bare minimum.

With dusky gray sky overhead, I let the evening air fill my lungs. One foot in front of the other. Step, step. Step, step. Deep breath. The rhythm of my feet helped move my heart toward Jesus. I was ready to pour out my overwhelm to Him.

Even in letting my tangled emotions unravel before the Lord, I still felt knotted up. Stuck.

I pulled out my phone to leave a voice message on Voxer for my friend Elise. I needed to process out loud the question banging on the walls of my heart. Elise has six children. Runs a ministry and business. If anyone would have an answer, it had to be her.

“What do you do when what you have to give is not enough for what is needed?” I pleaded into the phone.

With commitments made that I couldn’t break, deadlines looming, and practical needs (like dinner to eat and clean socks on feet), again I was in a place of “not enough.” Not enough time. Not enough energy and clarity. A wavering resolve to keep on keeping on.

With a two-hour time difference between California and Texas and nine kids between us, it’s typical that Elise and I will leave messages for one another and not be able to reply right away. But this time my friend was listening as I was spilling my weary heart, and she messaged me back immediately.

Her message could have said a lot of things. Elise could have complained about her own day. She could have commiserated with me and affirmed how right I was to feel overwhelmed. She could have compared my challenges to her own, which far outweighed the work-, school-, motherhood-heavy blessings I was carrying. Instead, she reminded me of the story of the five loaves and two fish. The story of when Jesus took what was not enough and made it more than enough.

I walked home as the sky glowed orange behind me.

The next morning, I woke up feeling like I was already drowning. Before my day even began, I felt doomed to defeat. Do you ever feel that way?

I got the kids off to school and couldn’t shake what Elise had said. “God can make your not enough into more than enough.”

I was familiar with the loaves-and-fishes Bible story. Jesus took a meager meal and fed five thousand people. Got it. Check. As a kid I had seen it played out on plenty of Sunday school flannelgraphs. But I didn’t see its immediate relevance to my situation. Apparently I needed to learn it again.

As evening approached, the disciples came to him and said, “This is a remote place, and it’s already getting late. Send the crowds away, so they can go to the villages and buy themselves some food.” Jesus replied, “They do not need to go away. You give them something to eat.” “We have here only five loaves of bread and two fish,” they answered. “Bring them here to me,” he said. And he directed the people to sit down on the grass. Taking the five loaves and the two fish and looking up to heaven, he gave thanks and broke the loaves. Then he gave them to the disciples, and the disciples gave them to the people. They all ate and were satisfied, and the disciples picked up twelve basketfuls of broken pieces that were left over.
Matthew 14:15-20 (NIV)

Sitting at my kitchen desk that morning with a sink brimming with dishes behind me and piles of books and papers in front of me, it was like Jesus lifted my chin and said, See Me. See how I can take a total lack and turn it into total satisfaction.

Those five loaves and two fish leapt off the flannelgraph.

As a kid I wasn’t tuned into the full context of this story. Maybe the surrounding details are fuzzy in your mind too. Let’s briefly unpack the circumstances that led to this miracle-meal moment. Jesus and His disciples were in a remote location because they were trying to escape from the crowds. They needed a break from all their obligations. You see, John the Baptist—Jesus’ cousin, friend, and forerunner in ministry—had been murdered. Beheaded. Jesus and His friends were understandably distraught. They needed space to breathe and grieve. But people followed them anyway. Now a huge crowd was pressed together up against a mountain. Daylight was fading, and if they didn’t do something quickly, they would all be stranded there for the night without food.

No doubt Jesus and His disciples felt pressed from all sides. That’s a feeling I can relate to. You too?

What struck me reading the story this time was what preceded the miracle of multiplication: Jesus gave thanks. Before there was enough food to pass around, before the problem was solved or their predicament averted, Jesus looked up to heaven and gave thanks for what was already provided. Could I do the same?

That story changed my perspective on that hard day. It’s continuing to change all of my days as I allow God to reshape the way I think about my not-enough.

I’ve never had God give me an abundance of bread and fish, but I have experienced Him multiply my time, energy, joy, and creativity more times that I can count.

I’ve got a hunch you could use a miracle or two in your week. Can I encourage you to let Scripture be your perspective-setter?

Instead of focusing on your lack, first give thanks for what you already have. Then look to God. Eyes up to heaven. Surrender your heart to His best for you.

Remember that hungry, desperate, stuck crowd and how Jesus must have felt. Trust that when trials come your way and things don’t unfold the way you planned, your overwhelm is actually an opportunity to experience God’s power.

Let me say that again: Your overwhelm is an opportunity to experience God’s power.

Your not-enough is an invitation to receive His more-than-enough.

Your inadequacy is a chance to be filled up with God-confidence.

I know it rarely feels like it, but our lack is a gift. Jesus, help us to see and receive the gift!

This is an excerpt from No Better Mom for the Job by Becky Keife, due to release October 1. Copyright 2019 from Bethany House, a division of Baker Publishing Group. Used by permission. Sign up for a FREE chapter from Becky’s new book, HERE.

Trust that when trials come your way and things don’t unfold the way you planned, your overwhelm is actually an opportunity to experience God’s power. -@beckykeife: Click To Tweet Leave a Comment 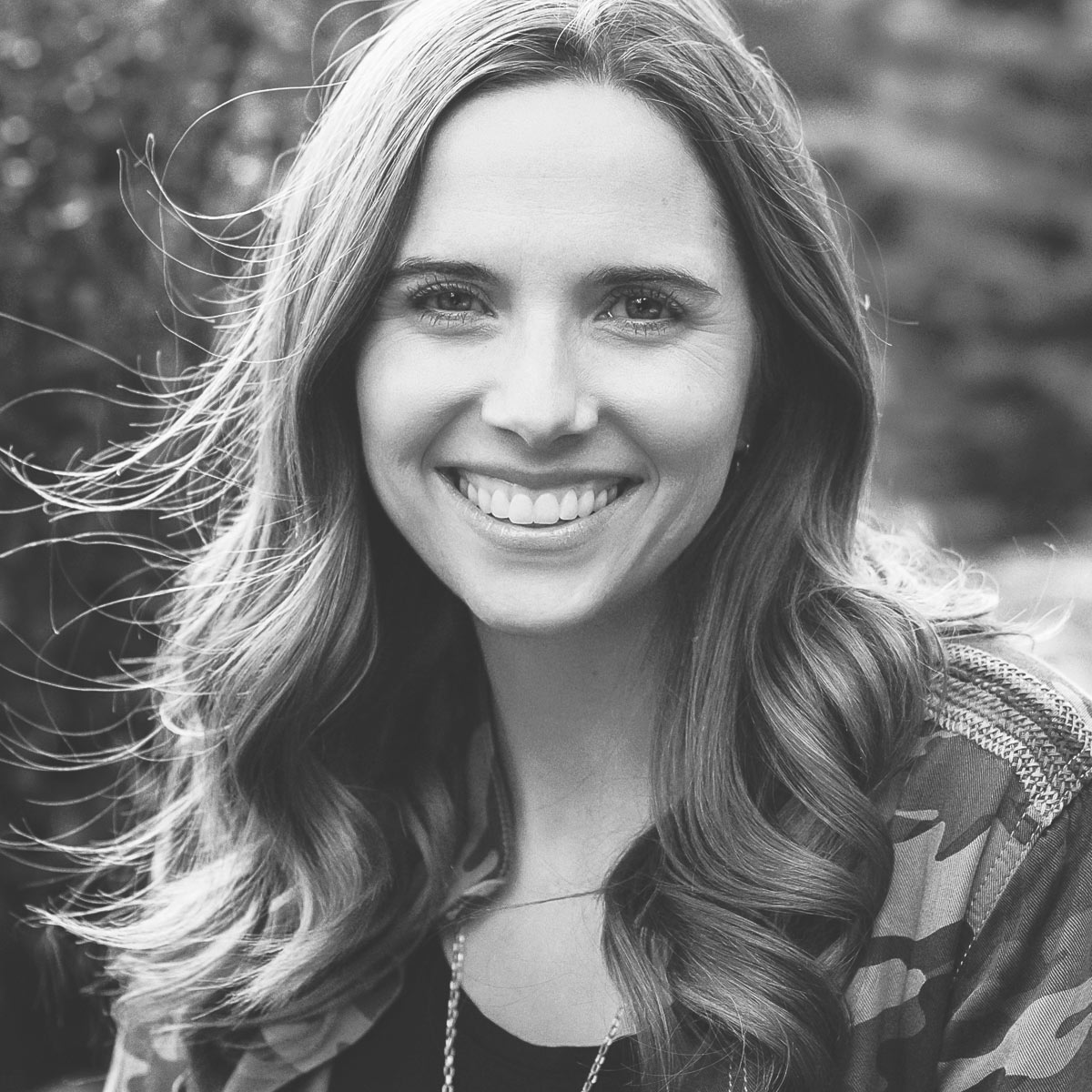 Becky loves serving as (in)courage’s Community Manager. She is a speaker and author of No Better Mom for the Job. Becky is a huge fan of Voxer, Sunday naps, and championing women. She lives near Los Angeles and loves hiking shady trails with her husband and three spirited sons.