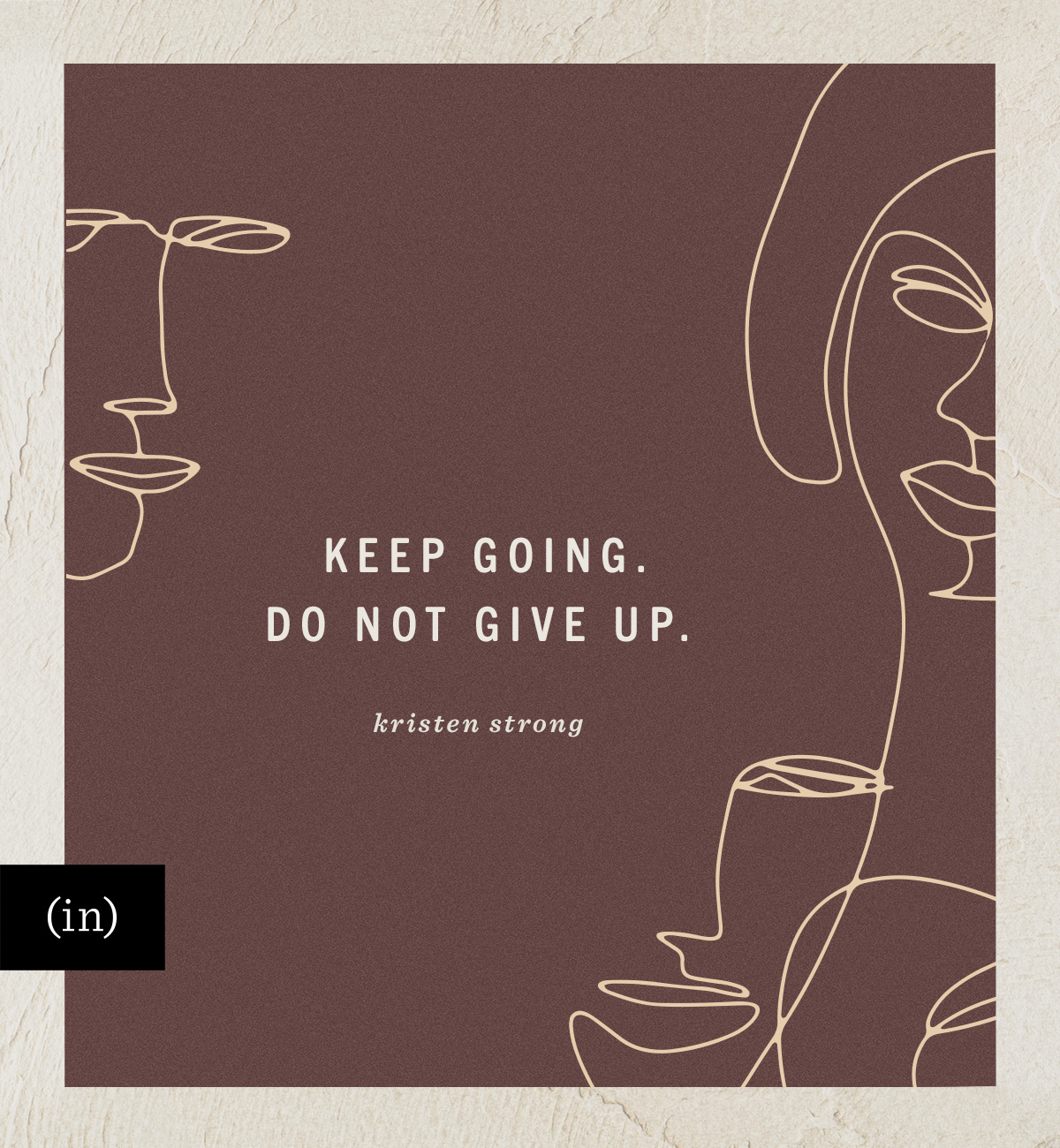 At one time or another in your life, and maybe that time is right now, you’ll feel flattened and despondent from what is being asked of you. In a season when I felt the same, I shared what I was going through with my friend, Alli. The crux of my agony and angst was this: I was plumb terrified to walk the road the Lord was asking me to walk. I didn’t want to do it — I didn’t know if I could do it.

Alli is one of those gals whom God uses to lift the Rockies right out of their mountain chain through her words and prayers. On this particular call, as I relayed the nitty gritty details of this particular situation, she offered me a treasure box by way of a story she had read that I have thought about no less than 837 times since she told it — a story about a woman named Pennie Shephard.

As a young teen, Pennie fell and broke her tailbone. And as a result of the accident, she suffered chronic pain well into her adult years. The pain she endured felt as if someone was stabbing her in the back, and she couldn’t even get out of bed in the morning without her husband’s help. To sleep through the night, she tried ice packs, heating pads, and other avenues to no avail. From sunup to sundown, life was agony, and Pennie felt overwhelmed and depressed.

Pennie’s doctor diagnosed her with post trauma arthritis and degenerative disc disease, and there was no cure outside of a miracle. So, not a day went by when Pennie didn’t pray for that miracle. One morning as she was praying, she heard these words in her heart: Run to your miracle. Pennie found this odd because any movement at all brought no small amount of pain. She’d never been a runner, and the thought of picking it up now terrified her.

Still, she vowed to do so and enter a race. Since a marathon seemed to be the race of all races, she committed to training for one. With her family’s support and doctor’s permission, Pennie pressed on and pushed through unimaginable suffering all while watching her diet and arising at 3am each day to get in a long run before her work and family responsibilities began. The training brought no relief from the pain, but Pennie . . . “was determined to pay the price of progress and to not give up.”

Shortly before the marathon, Pennie’s knee went out. The night before the race, she could barely walk. Still, she was bent on getting to the starting line, even if that meant someone would carry her there.

The next day, Pennie hobbled up to the starting line with Scripture passages written all over her arms and legs by her husband and daughters. As she stood at the starting line, she realized that while her knee hurt, her back didn’t hurt at all! Her doctor, who acted as her trainer, suggested they begin the race by walking to test out the knee. A mile and a half later, Pennie knew she could run the race. And she did — she crossed the finish line seven hours later.

In Pennie’s own words, “I did not receive my miracle at the finish line. I got my miracle at the starting line. All I had to do was show up. It doesn’t take running a marathon to get a miracle. In my case, it took obedience and commitment.”

On that phone call with me, Alli summed up the story with these words: “While we’re all called to finish the race God assigns each of us to run, the fascinating thing about Pennie’s story here is the gift God gave her in simple obedience. When we’re faithful to follow through on what God asks us to do, we may not even have to run the race before we receive the blessing. Stay faithful to prepare for this race, Kristen. Keep going and do not quit!”

Maybe like me you don’t want to run the race God is asking of you either. Your heart isn’t in it, let alone your entire body. I get it, I really do. But maybe we can just do the next thing to prepare for it anyway. Even if doing so feels like pushing a boulder up Pike’s Peak, we prepare just the same. Maybe you’ll be given the miracle before the race even starts. But if you aren’t, you’ll be prepared and set up for success just the same.

If life feels a little (or a lot) like agony right now, keep going. The pain is real. But it’s also the price of progress. Keep going.

Do not give up.

We can make it to the starting line — and to the finish line, too.

God created us for love, with love, and to love as He did. He calls us to want the good of others, just as He wants what's good for us. -Jennifer Ueckert: https://t.co/nGlwRYs5NX https://t.co/1yCYgixKPV

The pain is real. But it's also the price of progress. Keep going. Do not give up. -@Kristen_Strong: 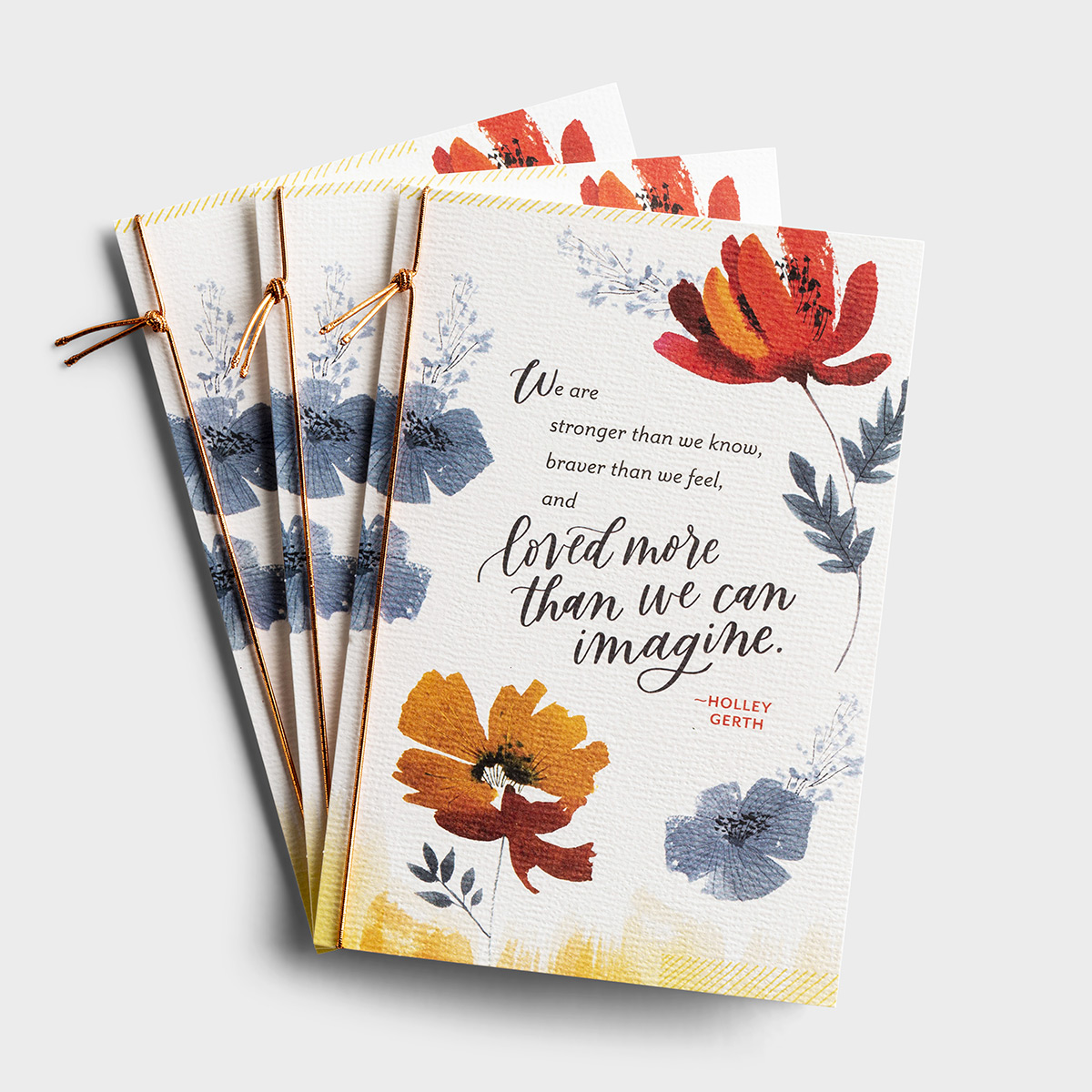 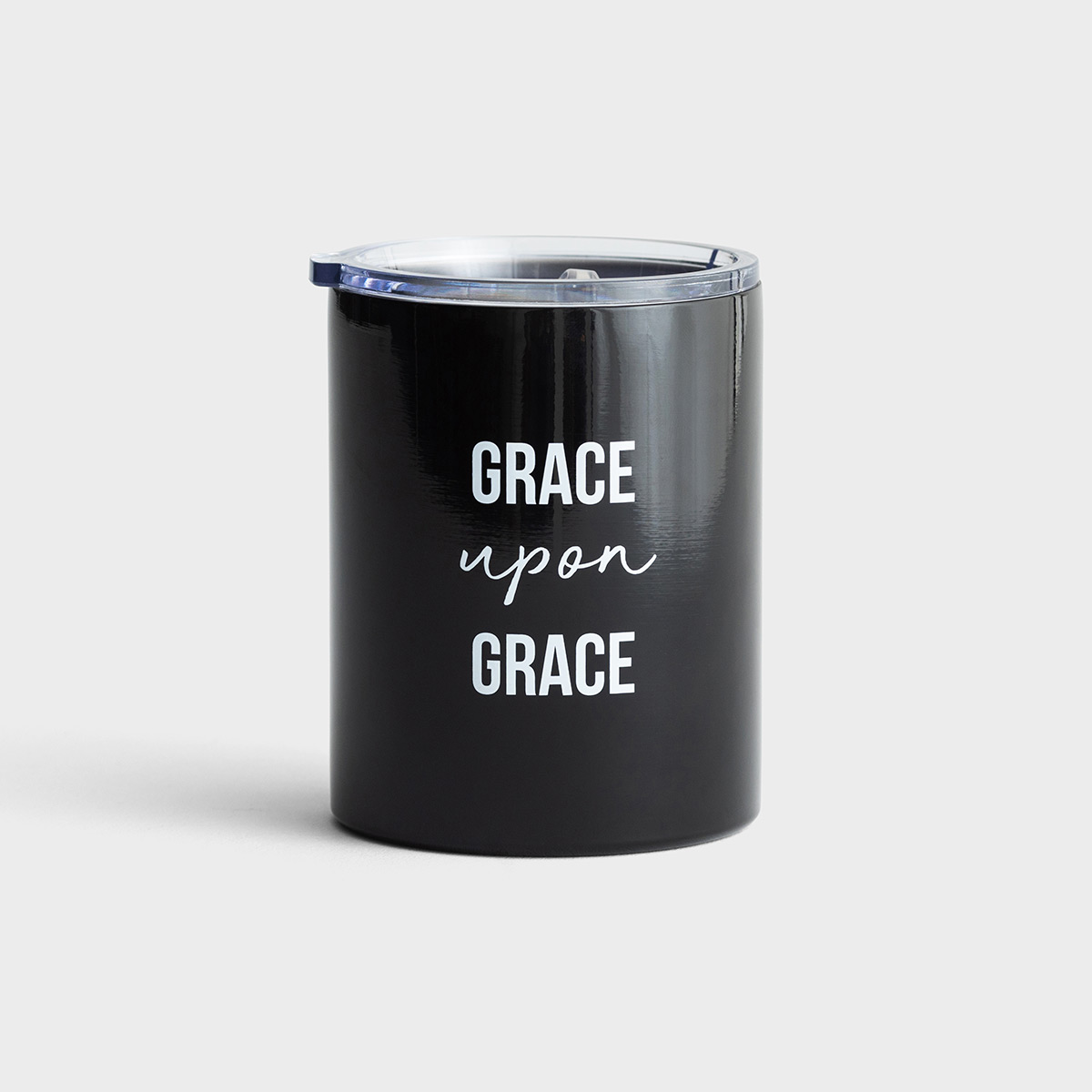