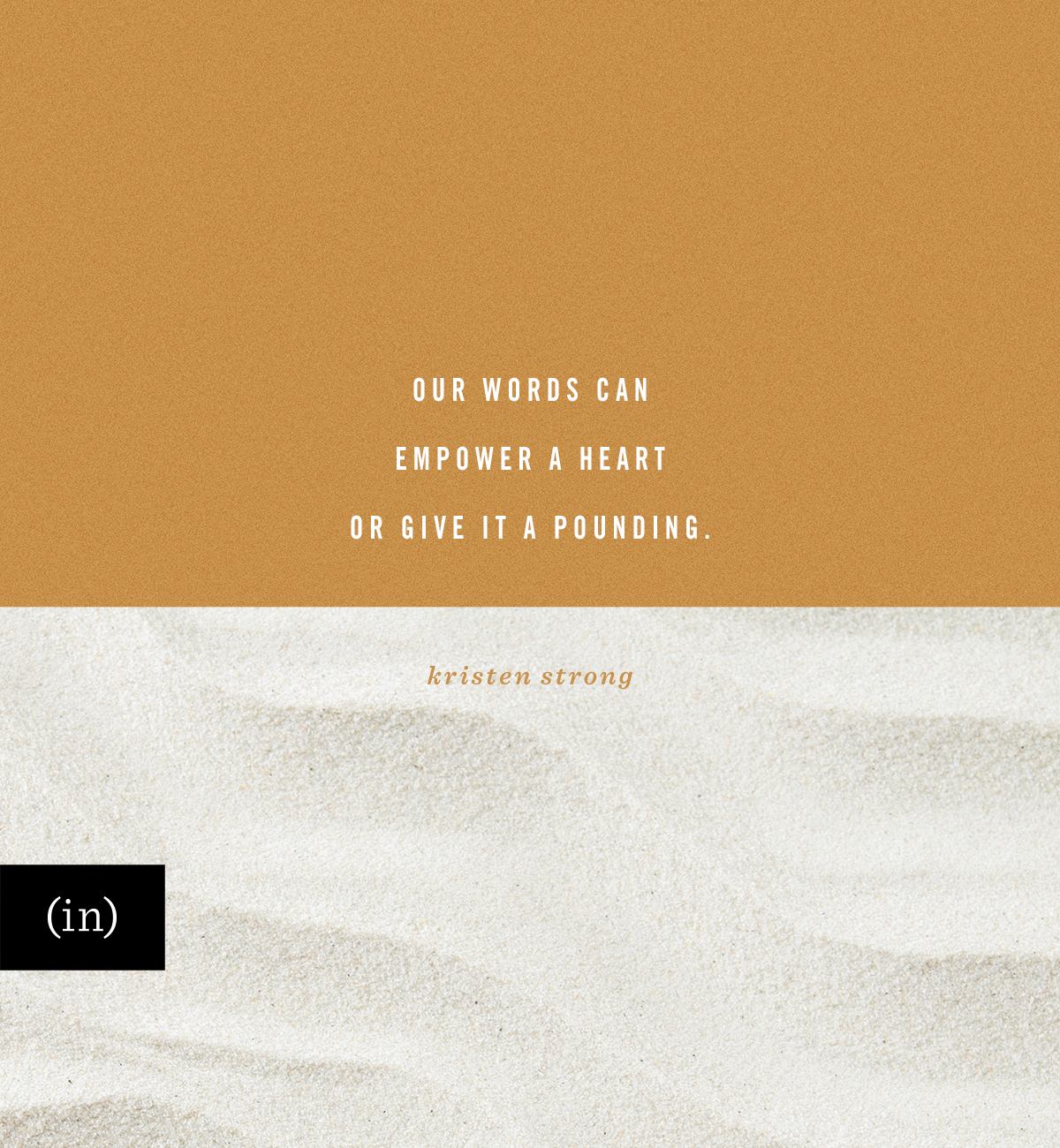 It was the same song, fifty-second verse on that late winter day in 2009: One of my precious cherubs said something to rile up his sibling — to push her buttons and make her holler. Literally. Her response, quite predictably, would only serve to egg him on further. I let it go for little while, knowing that part of good parenting meant not jumping in the middle of every little squabble. Often, these scraps would de-escalate and five minutes later they’d be playing again.

That was not the case here.

Nor had it been the case for a while. More and more frequently, I noticed my older child “stirring the pot” to the point that his sibling’s feelings genuinely got hurt, and I worried about what would be next. I care deeply about the relationships between the people under my roof; I’m not willing to sweep something under the rug and hope it just resolves itself. I prefer to charge right through the tension and deal with the thing before it grows into something worse.

So, on that particular day when all was going haywire, I called the offender into the dining room with me. I told him that we, as a family, must be a safe harbor for every one of its members, and any kind of bullying was unacceptable. He attempted to deflect from his own behavior with a “But! She . . . ” and I put my hand up and told him, “Hey, we’re addressing your behavior right now, not hers.”

To further make my point, I employed an idea I’d read somewhere. Standing all the way up on a dining room chair, I raised my right hand over the tabletop. In that hand, I held a raw egg. Once my child locked his eyes on the egg, I let go of it. The egg dropped, cracked, and its contents splattered from one end of the long oak slab to the other.

Stepping down off the chair, I took a seat and patted the chair next to me, encouraging my child to do the same. “Listen,” I said. “I understand siblings are going to tease and argue, but your words and actions have crossed over into mean spiritedness. If you keep this up, you’re in danger of cracking your sister’s heart like this egg here. Next time you’re tempted to be ugly to her, you imagine her heart as this egg. Think of the consequences of your words beforehand, or suffer your own consequences.”

Now, I won’t pretend that my little talk magically made my kid change his tune. It didn’t. But the object lesson, combined with various consequences dolled out (again and again and again!) and repeated reminders from Scripture did eventually get through to his stubborn heart. Over time, age, maturity, and God’s good work from the inside out have made him a sensitive brother who is a source of love and encouragement to his siblings — and everyone blessed to be in his circle of influence. While he’s imperfect like all of us, he goes out of his way to be kind. Anyone who truly knows him will tell you there isn’t a mean-spirited bone in his body.

Not long ago, I watched an online friend’s IG story where she talked about a remark she received after sharing something previously on a different IG story. To that original story, someone commented along the lines of Didn’t you look at yourself in the mirror today? Fix your hair before turning on the camera!

Really, it’s appalling that someone actually took the time to spell this out in a comment.

Maybe I’m largely preaching to the choir here, but I think it’s a reminder we could all use from time to time: Our words can empower a heart or give it a pounding. Perhaps we can call out meanness in others, but after examining our own hearts, we call it something else to justify our actions:

That’s just the way of my sarcastic personality!

Here’s a reality check for me as much as anyone: Sarcasm is often just meanness wearing a cute skirt. And we need to stop going out of our way to be mean, plain and simple.

A while ago, I talked with my counselor, Gwen, about a difficult personal relationship. I asked her how could I know when it was okay to speak the truth in love and when I was only wanting to vent my own frustration. She responded with something so helpful that I’ve thought of it 283 times since that conversation. Gwen replied,

“When you’re not sure whether or not to respond to someone, ask yourself this: Is your response true? Is it kind? Is it necessary?”

If the Holy Spirit is prompting our response rather than our own desire to “tell it like (we think) it is,” the answer will be a yes to all three questions.

As always, I’m not saying it’s wrong to voice a different opinion. As my pastor mentioned last Sunday, we’re called to engage in broken systems and make wrongs right. But doing so requires discernment, trust, prayer, and the Holy Spirit’s guidance. So, whether we’re commenting on someone’s hair or her own personal experiences, we want to make sure we’re doing so without the slightest hint of mean spiritedness. We want to ask ourselves: Is what I’m about to comment true? Is it kind? Is it necessary?

And when we respond with a yes to all three, then we can know that we’re caring for — and not discarding — another’s heart.

So, let’s go out of our way to be refreshingly, gloriously kind.

Let's go out of our way to be refreshingly, gloriously kind. -@Kristen_Strong: