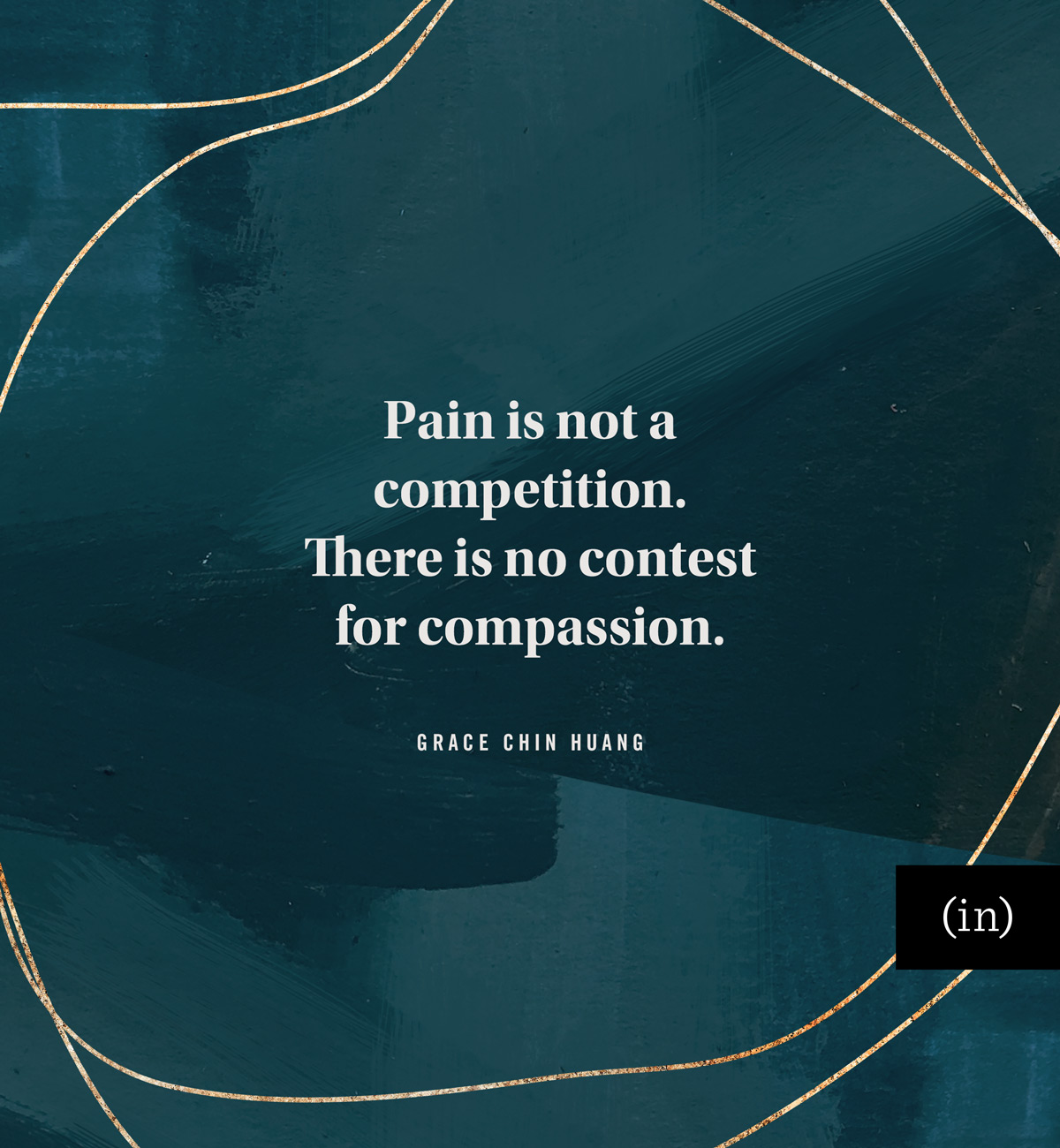 Elroy set his plate on the table and slumped into the seat in front of me, beanie pulled down low. Eyes downcast, he mumbled a greeting.

I was to learn later, as stories passed between us like bread and butter around a table over the weekend, that he had been released from prison only months ago. Sentenced when he was eighteen, he’d spent twenty-five years incarcerated for a crime he did not commit.

That morning, we ate at the table across from each other, silent and apart, strangers at this retreat for survivors of wrongful conviction.

Someone leaned in next to him, “Elroy, do you know Grace? She is an exoneree.”

“She? An exoneree?” A flicker of a question mark lifted his eyebrow. His gaze grazed my face before returning to the plate. “How many years?”

I felt ashamed to answer. I didn’t deserve to be here. My eyes darted around the table, struggling to find a place to land. I had legal help, family resources, and I was not Black or male. I felt like I cheated.

“A year,” I shrugged the answer like an apology.

Elroy’s eyes lifted. He looked straight at me. “One day,” he said, “is too long for an innocent person.”

Then he disappeared back into his plate, eyes drooping. But I knew he had just given me a gift: a largeness of heart, a generosity I had not yet learned to give myself. He was teaching me.

Pain is not a competition. There is no contest for compassion, but I often feel that I need to deserve it.

About six months into the pandemic, after sharing some of my struggles, I asked a church leader how he was doing. “I’m blessed,” he said. “I have a roof over my head, food on the table, a job. I have nothing to complain about.”

But are you lonely? I wanted to ask. Are you scared?

Shame separates. Connection comforts. Yet, too often, we disqualify ourselves from comfort. We think our pain is not big enough to deserve comfort.

But is there really a pain too small for comfort? Does God care only about headline injustices? Catastrophes? Jesus-on-the-cross level suffering?

Or did God weep the first time a butterfly tore its wing? Did He ache the first time Eve rolled to the far side of the bed and cried herself to sleep? Did He wince when His Son skinned a knee and the blood bloomed like tiny globes?

I wonder if we have become intimidated by the cross. We operate under the burden of “being thankful for Jesus’ suffering” and perpetually feeling a bit guilty that we are enjoying our blessings because of His agony, described for us so graphically by zealous preachers every year around Easter time. But by fixating on the cross as the sum total of Jesus’s sufferings, do we forget that He was a man like us? When we consider His execution, do we forget all the little indignities that made Him human? He was hungry. He soiled Himself. He thumped His finger with Joseph’s hammer. Jesus, fully man, fully felt the pain of it. It was not just the cross that brought Him near to us. It was the humanity. It was the living of life, day after day, for thirty some years. It was the sting of a rumor, the misunderstandings by His brothers, the loss of His father, the frustration of a sandal strap that would not be fixed. It was the temptation to snap at a disciple, to avoid annoying people, to have the crowds like and accept Him. It was trembling with the unfairness of a wrongful conviction.

Jesus sympathizes with our weaknesses — all of them.

If I am in the business of comparing pain, weighing it like fruit in the market, sticking a price tag on it, I might find mine lacking. When mine is unworthy of attention, will I not begin to weigh the pain of others as well? Will I not try to decide whether they deserve compassion? Either I will put them on a pedestal as too different from me, or I will tell them to be thankful and not complain.

But perhaps the surprise is that there, in that place where we think we least deserve it, is also the place of compassion — that spark of recognition across the table.

So you know too.

Listen to Grace’s words below or on your fave podcast player!

Pain is not a competition. There is no contest for compassion. -@GraceChinHuang: 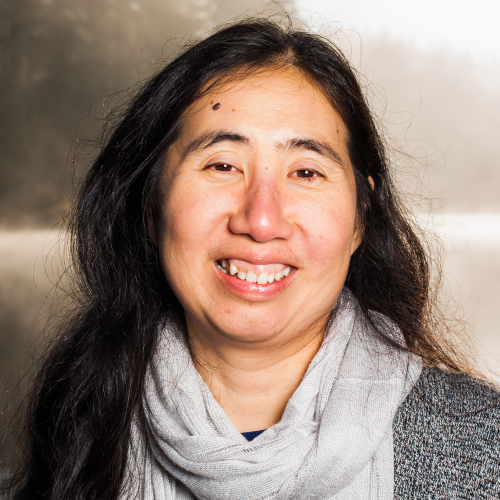 Grace Chin Huang’s stories are invitations to see Jesus in unexpected places, whether faraway or near. She currently lives in the Pacific Northwest where she writes, teaches, and watches the rain.