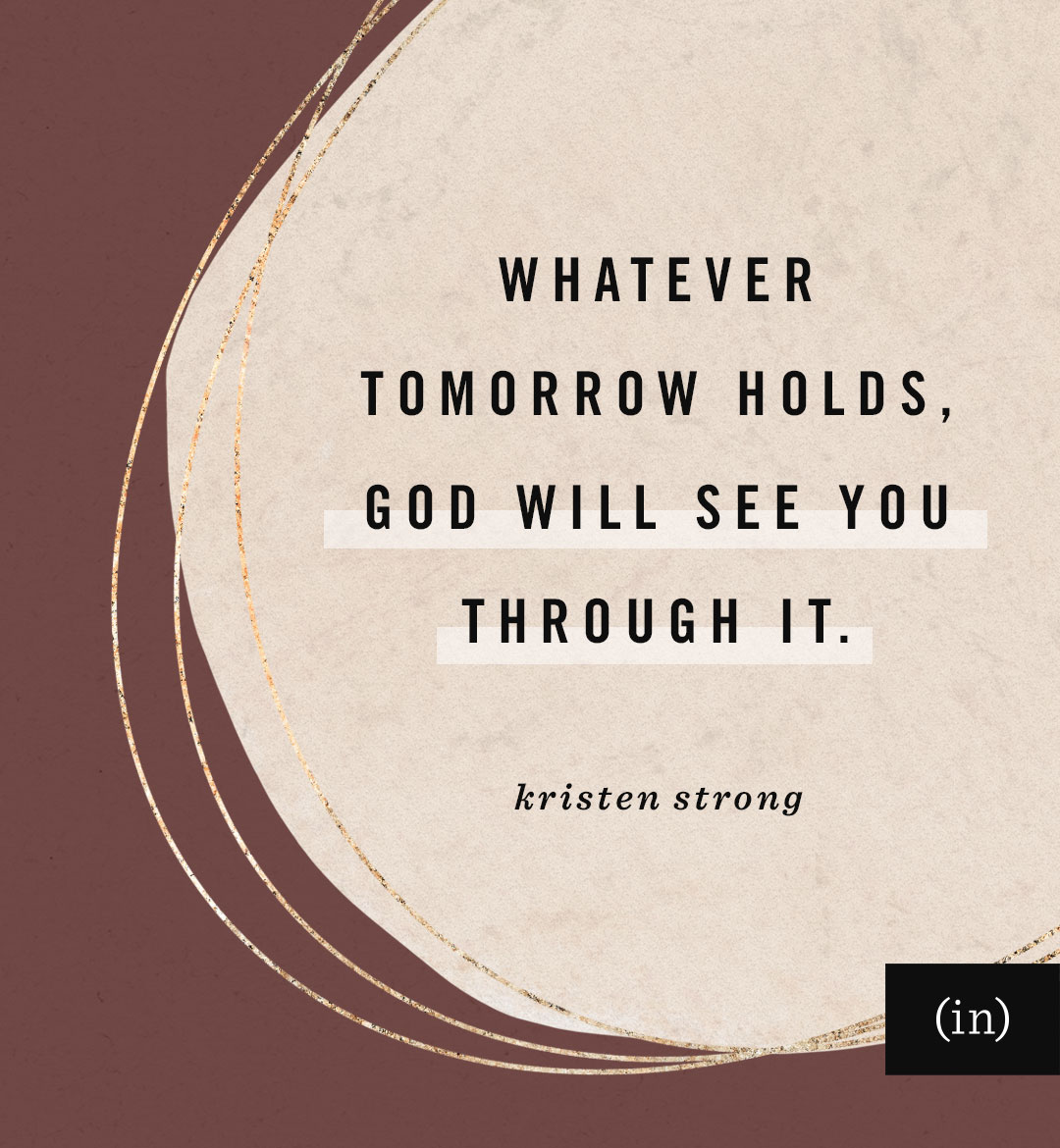 Growing up in the heart of tornado alley, my family and I were in close proximity to no few number of funnel clouds. My childhood soundtrack consisted of Oklahoma City-based meteorologists, Mike Morgan and Gary England, telling me and my fellow Oklahomans not only where tornados were forming but where they were likely headed. Using Doppler radar, they could predict the direction tornadoes were traveling, essentially down to what street or neighborhood. I haven’t lived in Oklahoma for twenty-seven years, but I imagine the meteorologist’s ability to predict severe weather has only improved.

Whether it was because of the blessing of Doppler radar or my frequent exposure to tornado watches and warnings, I didn’t live in fear of storms. My dad never worried about tornadoes till he could lay eyes on one and see what direction it traveled. (This was easier to do because we lived on a plot of land surrounded by open fields.) Oh, he never downplayed their ferocity and never gave them the benefit of the doubt. We had protocols in place should a tornado put our home in its sights. But Dad didn’t panic over every tornado threat, and he taught me not to do so either.

Contrast that to a neighbor of mine, whom my husband and I lived next to as newlyweds in Ohio. He was terrified, TERRIFIED of tornadoes. On an uncharacteristically stormy evening in July, he pounded on our door, hollering the whole time that we were under a tornado watch. My parents happened to be visiting at the time, and my dad opened the door to find our freaked-out neighbor in hysterics. When the wild-eyed man finally ran out of oxygen and words, my dad said in his slow, Oklahoma drawl:

“Yep, we heard about the tornado threat. But it’s only a tornado watch, which means conditions are good for one, not that one has formed and is headed our way. There’s no need to panic. If the watch becomes a warning, then seek shelter. But even then, that doesn’t mean a tornado is definitely coming. Odds are good that all in all, we’ll be just fine.”

I don’t remember if a tornado formed that night or not, but if it did, it didn’t come near us, thank God. Dad was right: we were all just fine.

While I’ve had close calls with tornadoes, I’ve never been devastated by one. However, I have been devastated by more than a few figurative ones. Some were on my radar because of advanced warnings, and some came clean out of nowhere. They’ve affected me in such a way that the mere threat of one on the horizon can turn me into my former neighbor, panicking like its F5 arrival is a sure thing.

Advanced warnings or not, life will bring its tornadoes, whirling windstorms that wreak havoc on your location, your people, or your heart. While worst-case scenarios sometimes do come to pass, they often don’t, thank God. Yet, the threat of a storm (literal or circumstantial) — and certainly its arrival — can ramp up our anxiety all the same.

When this happens to me, here are three things that encourage me to endure through storms and avoid chronic panic, come what may:

1. Employ box breathing. I first learned about this from fellow (in)courage writer, author, and life coach Holley Gerth. Box breathing is the process of taking a deep breath for four seconds, holding it for four seconds, exhaling the air out of your lungs for four more seconds, then counting to four while your lungs remain empty. I can testify that this literally calms your nervous system and reduces stress because it distracts your body from its go-to anxious state.

2. Remember that while our circumstances change, God’s unchanging character and presence go with us. Whatever tomorrow holds, God will see you through it. He will make a way for you to get to the other side of it. Look back and remember how He’s gotten you through the stormy changes in your past. Look forward and trust that He’ll get you through whatever new storms find you too.

3. Know that today’s difficult storm is growing you in grace and grit for tomorrow. The older I get, the more I find that what looked and felt like a wind-whipping tornado at the time turned into a manageable rainstorm in hindsight as it enlarged my eyes to how God’s grace carried me through and strengthened my resilience. I say that not to minimize that big storm in your life — don’t I know how the memory of some storms stick with you. I say it to remind you that, as Ann Voskamp writes in WayMaker, “Strong winds blow the miracle of Red Sea Roads everywhere.” God’s grace is always larger than the storms we face, and any resistance you endure from life’s storms grows resilience within you.

I wouldn’t wish a real or figurative tornado on anyone, but I’m thankful that their presence can never shake away God’s presence — or His unshakable kingdom (Hebrews 12:28).

Our Father’s presence is the safest place to shelter — the place where we are cared for and held.

Today's difficult storm is growing you in grace and grit for tomorrow. -@kristenstrong: