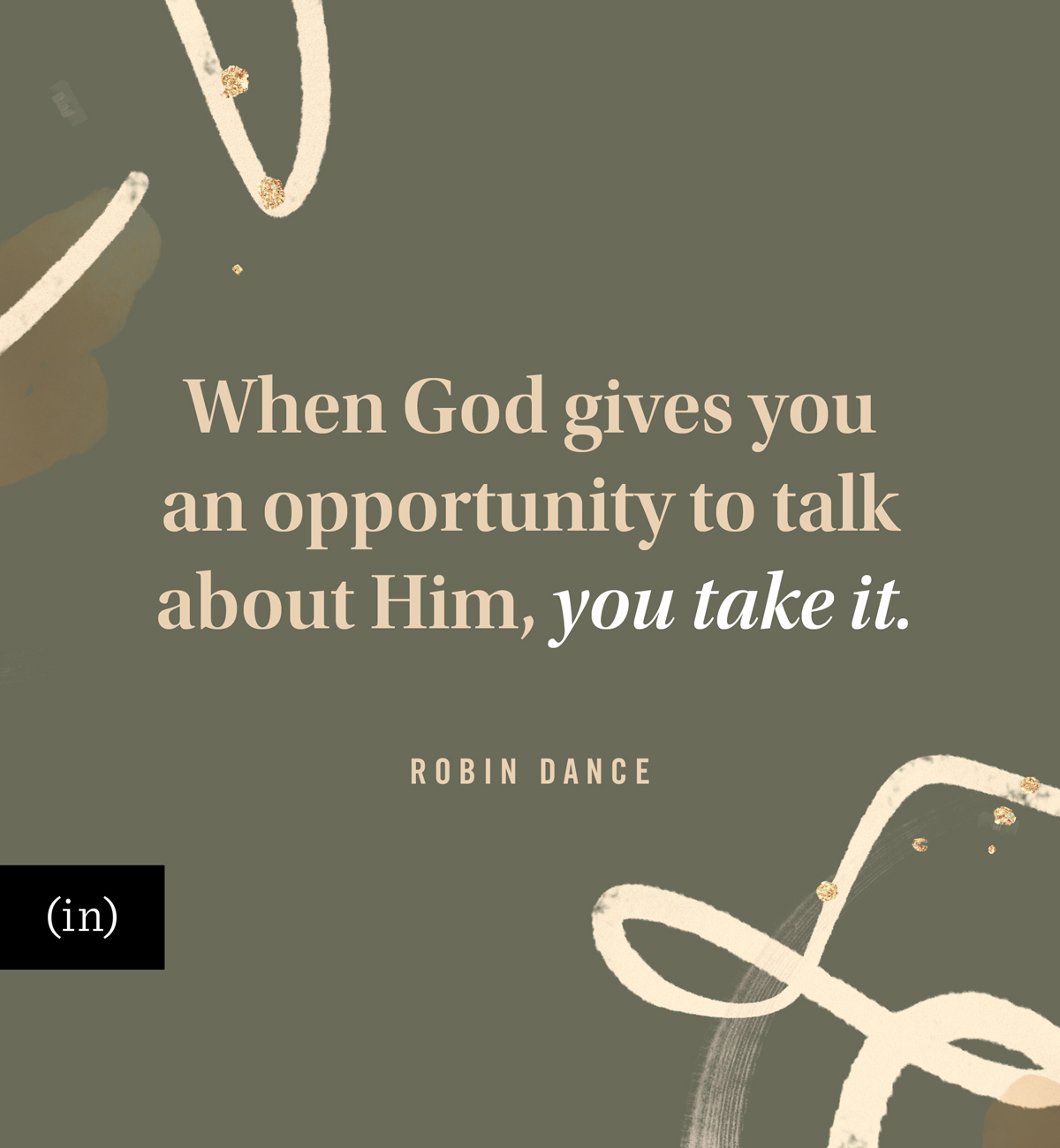 In my job as a life plan advisor at a retirement community, among other roles, I’m an educator and tour guide. It may come as a surprise, but there’s a vocabulary specific to our industry – and much to learn in general – so a lot of my time is devoted to teaching people what they need to know. Understanding the right questions to ask always helps you make informed decisions, a concept that proves true for just about anything.

While I love the education piece, my favorite aspect of my job is meeting and developing relationships with prospective residents. Daily, and without knowing it, they teach, challenge, and inspire me — sometimes in life, and the best of times in my faith.

When a man walked in on a Friday afternoon recently — without an appointment — while I was nursing a raging migraine, I had an odd sense God was up to something. David was carrying a big, carved stick, his eyes were sparkling, and I could tell this guy was a rascal. Turns out, he was also quite a storyteller. It wouldn’t take long to discover his fanciful stories usually ended up pointing to God.

As we talked and toured our campus, in between my educational points, David interjected his God stories. Somehow each one was relevant within the context of our conversation.  Eventually, we ended up in a spot where we could chat privately, and I had to ask him about his stick. He wasn’t using it for walking, so why was he lugging it around?

He asked me if I had enough time for him to tell his Stick Story. Headache or not, I had to say yes. When God gives you an opportunity to talk about Him, you take it.

The abridged version of my new friend’s story is that after reading the account of David and Goliath (1 Samuel 17), my friend David decided he wanted a stick. I never even noticed a stick in this renowned Old Testament duel, only David’s stones and sling he used to slay the giant. But Goliath noticed the stick — a staff, which is what every shepherd like David would carry. He ridiculed and cursed David, insulted that this insignificant boy would dare to challenge him — an underestimation that cost Goliath his life.

So powerful was storyteller David’s encounter with God when he read this scripture for the umpteenth time, he started praying for God to give him a stick. Not long after, in the middle of Walmart, an older gentleman walked up to him, handed over the carved stick (now propped in front of me, and said, “The Lord told me to give you this stick.” Right then and there David promised God he’d use the stick for His glory, and here he was doing that very thing. It was only then that I could make out the intricate carving on the wooden stick: J-E-S-U-S  L-O-V-E-S  Y-O-U.  I got chills.

Obviously, I’m leaving out a lot of details, but you get the picture. It’s a remarkable story. Isn’t God doing what only He can do always a remarkable story? David told me that he carries his Jesus stick with him wherever he goes, and it always invites a conversation to point others to Christ. He knew I was a believer from our conversation, but I imagine if he could tell I wasn’t, he would have shared the gospel with me too.

David was a “natural Christian” to me. I picked up that phrase in my 20s from a leader at a city-wide Bible study in Atlanta. Out of the years I attended, only one illustration stands out from this leader whose name I’ve long forgotten: the one about a lady he affectionally described as a “natural Christian.”

He described his dear friend as the kind of person who’s so close to God, you can tell it by the way they act or speak. They’re the ones whose countenance is radiant, who love Jesus so much and who know Him so intimately that they can’t help but invite Him into every conversation, without a shred of judgment, only leading in love. They want everyone to have what they’ve received: the life-changing power of the gospel. They want everyone to know the good news we find in the life, death, and resurrection of Jesus.

Meeting David reminded me of the precious people in my life who’ve pointed me to Jesus by their obvious delight in Him, who can’t not talk about Him when we’re together because it’s, well…natural for them to share. David’s Stick Story stuck with me, leaving me to wonder, What is God up to? Does he want me to have a stick?

Because I live in the buckle of the Bible belt, most of my friends are Christians. It’s easy to talk to them about God. It’s also easy to write about my faith because there are physical barriers between me and those who read my words. But I’ve always been hesitant to share my faith with those who don’t know Christ yet. What I wish felt natural, feels unnatural or contrived to me.

But what if I had some object – like an ordinary stick – that invited others to initiate the conversation? What if God, the giver of every good and perfect gift, gave me a “stick story” to tell for His glory?

Am I brave enough to pray for such a thing?

Listen to this article at the player below or wherever you stream podcasts.

Isn't God doing what only He can do always a remarkable story? -@robindance: