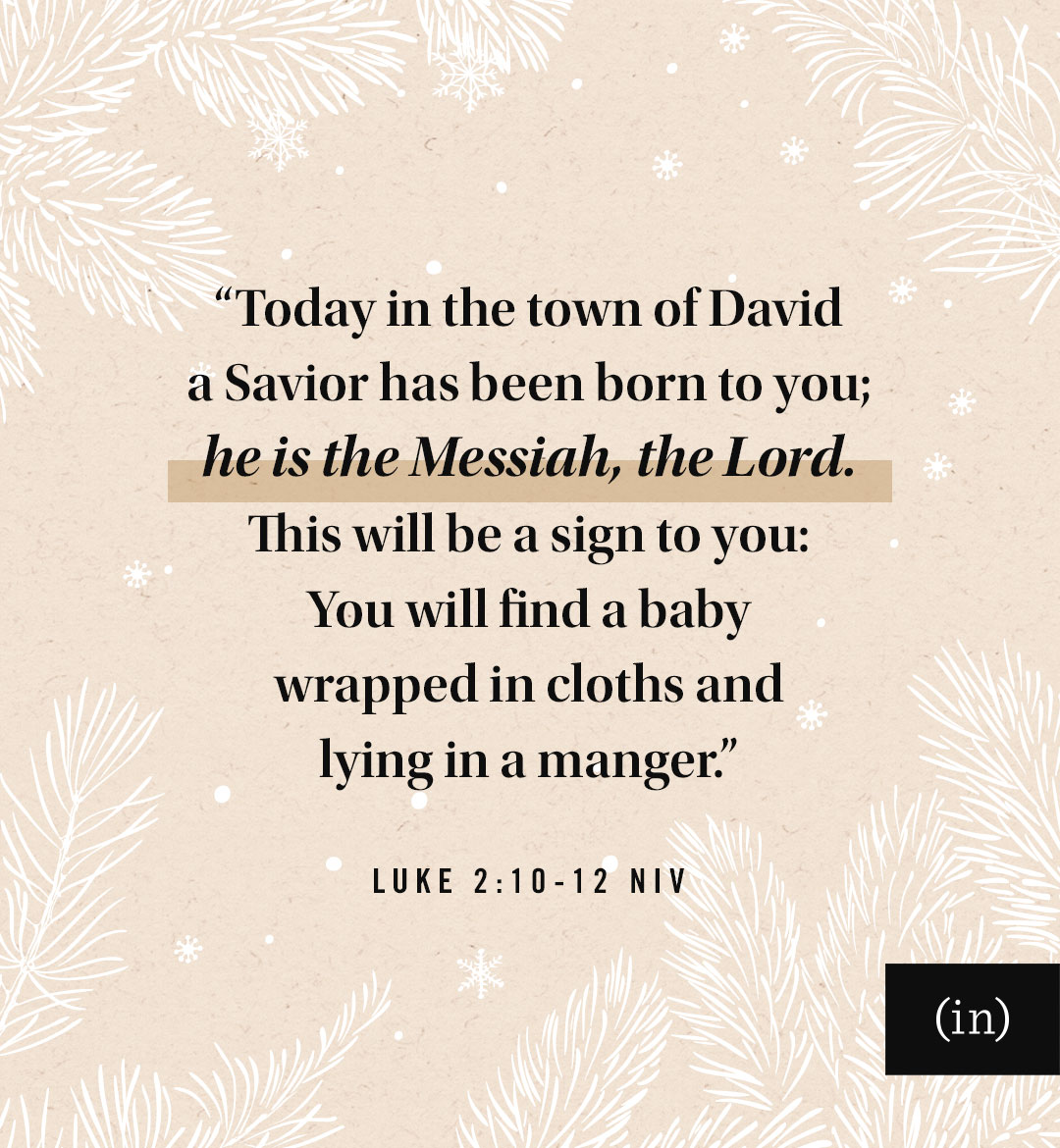 On this Christmas Eve, we invite you to take a journey with storyteller Sherri Gragg as she leads us in a meditation of what Christ’s birth might have been like. This story is likely not the version you are accustomed to, but regardless of the details, we pray that your heart will be led to celebration and worship of our humble, miraculous Savior!

And there were shepherds living out in the fields nearby, keeping watch over their flocks at night. An angel of the Lord appeared to them, and the glory of the Lord shone around them, and they were terrified. But the angel said to them, “Do not be afraid. I bring you good news that will cause great joy for all the people. Today in the town of David a Savior has been born to you; he is the Messiah, the Lord. This will be a sign to you: You will find a baby wrapped in cloths and lying in a manger.”

Suddenly a great company of the heavenly host appeared with the angel, praising God and saying,

“Glory to God in the highest heaven,
and on earth peace to those on whom his favor rests.”

When the angels had left them and gone into heaven, the shepherds said to one another, “Let’s go to Bethlehem and see this thing that has happened, which the Lord has told us about.”

So they hurried off and found Mary and Joseph, and the baby, who was lying in the manger. When they had seen him, they spread the word concerning what had been told them about this child, and all who heard it were amazed at what the shepherds said to them. But Mary treasured up all these things and pondered them in her heart. The shepherds returned, glorifying and praising God for all the things they had heard and seen, which were just as they had been told.
Luke 2:8-20 (NIV)

Judah stood to throw the stick into the flames, then walked away to gaze out over the moonlit field where a large herd of sheep bleated softly. He turned his eyes to the hills surrounding them. Each family had their own sheepfold on those hills — a cave with a rock wall leading out from each side. At night, the sheep were brought in from the fields to the safety of their fold. The shepherd lay down in the gap in the middle of the wall, serving as the door. Any predator or thief who came to harm the sheep would need to go through him first.

But Judah and his friends had no family sheepfold to call their own. They were camped in the fields at night because their sheep were special sheep. Judah was a temple shepherd, and the sheep in his care were Temple sheep, destined for sacrifice. The irony that he was guarding sacrificial sheep was not lost on Judah. Most people he met on the street each day considered shepherds to be more in need of atonement than others. He wanted to believe they were wrong, but with each new assault to his self-worth, it was getting harder and harder.*

He scanned the flock with a practiced eye watching for any disturbance, but the warm summer night was calm. The other shepherds settled into a companionable silence as they watched the animals. The only sound in the stillness of the night was the crackle of the fire and the gentle bleating of the sheep.

Suddenly, a blinding light rent the darkness to reveal a man robed in white. He was tall and powerful, and the air around him shimmered with light. Judah and all the other men cried out in alarm and trembled as they fell facedown before him.

Then the angel spoke, and his voice was like the sound of both music and rushing water.

“Do not be afraid,” he said. “I bring you good news that will cause great joy for all the people. Today in the town of David a Savior has been born to you; He is the Messiah, the Lord. This will be a sign to you: You will find a baby wrapped in cloths and lying in a manger” (Luke 2:10–12).

Instantly the entire sky was filled with angels lifting their voices in praise to God.

“Glory to God in the highest heaven, and on earth peace to those on whom His favor rests” (2:14).

Then, as suddenly as they had all appeared, the sky was dark again and the night silent. The shepherds turned to each other.

“Let’s go to Bethlehem and see the baby!” another man said.

“I don’t know,” said another. “If Messiah really has come, do you think His parents would want a crowd of shepherds coming to visit?”

Then Judah spoke. “Weren’t you listening to what the angel said? The Messiah isn’t in a palace. His parents haven’t wrapped Him in silks or placed Him in a gilded cradle. They wrapped Him in cloths and placed Him in a manger, just like we do for our own newborns. I don’t understand it, but somehow He is like us.”

The men sat thoughtfully for a moment as each one absorbed the significance of the fact that, instead of God presenting long-awaited Messiah to the world in the trappings of royalty, He had swathed Him in the raiment of the poor and the despised.

When Zachariah broke the silence, the old shepherd’s voice was heavy with emotion. “Let’s go,” he said.

One by one the men stood, wrapped their cloaks closer around them, and began the short walk to Bethlehem. With each footfall of their sandals they drew closer to Israel’s long-awaited hope — a hope as wide as all creation and yet as near as their own broken hearts.

As they neared Bethlehem, the prophet Isaiah’s words seemed to come to life, walking alongside them, whispering ancient words of promise.

A baby swaddled in rags and lying in a manger. King . . . and peasant. A Messiah come for even the lowliest of men.

As written by Sherri Gragg in Advent: The Story of Christmas. Connect with Sherri on Instagram and her website. 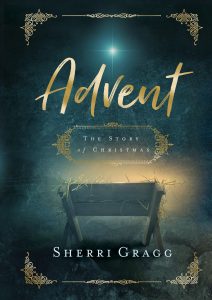 Advent: The Story of Christmas traces God’s ribbon of redemption – from Eden to Jerusalem – through thirty-one biblical stories. Sherri Gragg’s unique storytelling, infused with cultural accuracy and color, has been described as “Bible stories for adults.”

We’ve been journeying with this ancient story for the full season of Advent, and it’s led us here to Christmas Eve. May you experience God’s Word in fresh ways tonight, as we anticipate Christmas morning.

May you experience God's Word in fresh ways tonight, as we anticipate Christmas morning.